Tripura-Sundari, is believed to have taken birth to save the Gods from the ravages of a mighty and wrathful demon. The tale begins when Shiva burnt down Kama, the God of love, who tried to distract Shiva from his meditation. One of Shiva's followers then scooped off Kama's ashes and formed the image of a man out of them. This man then persuades Shiva to teach him a powerful mantra. By the power of this mantra, one could gain half the might of one's adversary. But because he was generated from the ashes of Shiva's wrath he is transformed into a fierce demon. Intoxicated with his new found power he proceeded to rampage the kingdom of the Gods. Apprehending defeat and humiliation, the Gods all propitiate Goddess Tripura-Sundari to seek her help. The Goddess appears and agrees to help them. Taking the battlefield she heaps a crushing blow on the mighty demon, thus saving the Gods.

Iconographically this Goddess is shown seated on a lotus that rests on the supine body of Lord Shiva, who in turn lies on a throne whose legs are the Gods Brahma, Vishnu, Shiva, and Rudra.

She holds in her hands a pair of bow and arrows. The bow significantly is made of sugarcane, a symbol of sweetness. Her darts thus are sweetness personified. One of her epithets is 'Tripura-Sundari,' meaning 'One who is beautiful in the three realms.' Another of her names 'Lalita' implies softness. These two qualities give rise to images that depict her as ravishingly beautiful and of unsurpassed splendor.

The word 'Shodashi' literally means sixteen in Sanskrit. She is thus visualized as sweet girl of sixteen. In human life sixteen years represent the age of accomplished perfection after which decline sets in. Indeed sixteen days form the completed lunar cycle from the new moon to the full moon. The full moon is the moon of sixteen days. This girl of sixteen rules over all that is perfect, complete, beautiful. Her supreme beauty too has an interesting story behind it.

Once upon a time Shiva referred to Kali (his wife) by her name in front of some heavenly damsels who had come to visit, calling her "Kali, Kali" ("Blackie, Blackie") in jest. This she took to be a slur against her dark complexion. She left Shiva and resolved to rid herself of her dark complexion, through asceticism. Later, the sage Narada, seeing Shiva alone, asked where his wife was. Shiva complained that she had abandoned him and vanished. With his yogic powers Narada discovered Kali living north of Mount Sumeru and went there to see if he could convince her to return to Shiva. He told her that Shiva was thinking of marrying another Goddess and that she should return at once to prevent this. By now Kali had rid herself of her dark complexion but did not yet realize it. Arriving in the presence of Shiva, she saw a reflection of herself with a light complexion in Shiva's heart. Thinking, that this was another Goddess, she became jealous and angry. Shiva advised her to look more carefully, with the eye of knowledge, telling her that what she saw in his heart was herself. The story ends with Shiva saying to the transformed Kali: "As you have assumed a very beautiful form, beautiful in the three worlds, your name will be Tripura- Sundari. You shall always remain sixteen years old and be called by the name Shodashi."

Tripura-Sundari is associated with planet Mercury.

Placement: Yantra energizes the location where it is installed. You may place it near the entrance of your home/office/shop or in your living room or reception or study room or office cabin. You may keep it on a table or use as a wall hanging. Yantra is best placed in the East direction facing West. It gets energised by the rising rays of the Sun and with the divine vibrations of the East corner and provides positive transformation energies to the dwelling through its mystical geometry. 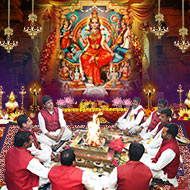 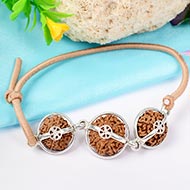 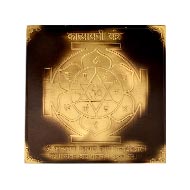 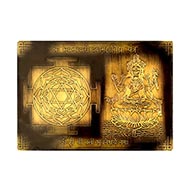 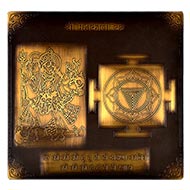 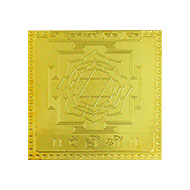 Bhuvaneshvari Yantra - The Creator of the wo..