The attractive Agate stone is a semi-precious Gemstone which is available in several different colours. The banded stone, Agate, is popular all over the world as they make trendy jewellery and artefacts. The wide colour palette of Agate stone colours includes Red, Blue, White, Orange etc. When we see the beautiful Agate gemstone or Geode, we realise how creative both nature and Mother Earth are. Gemstones are naturally endowed with healing properties, and the primary Agate stone properties are those of grounding, calmness, and balancing the body. These and other Agate stone healing properties are well known and used by people all over the world. 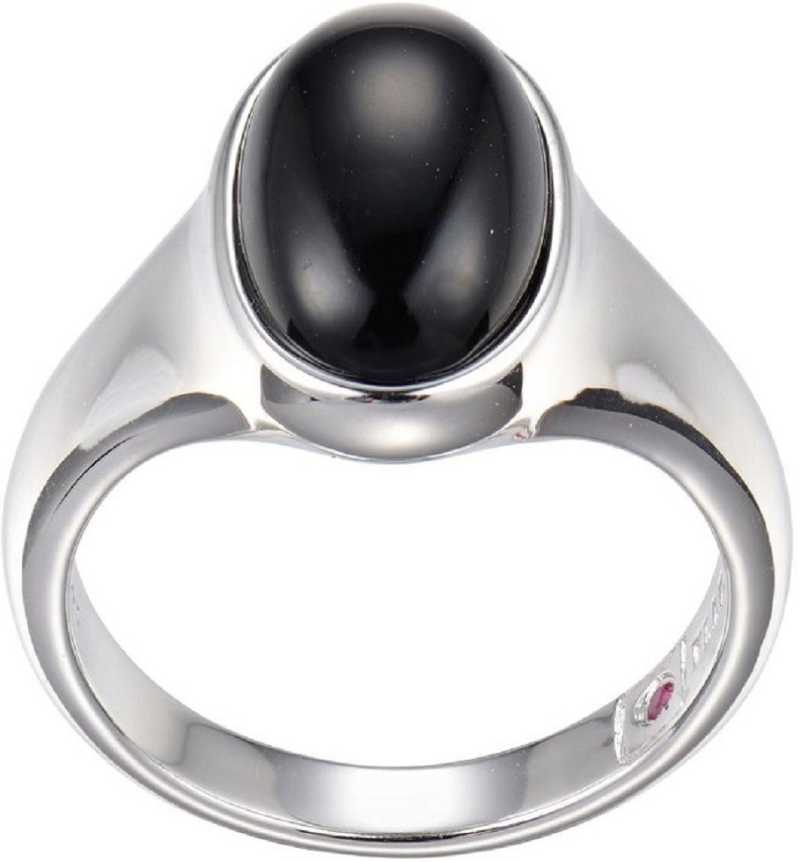 Gemmologists across the world believe that the name Agate was coined by the Greek philosopher and naturalist Theophrastus, who discovered the stone while taking a walk along the shoreline of Achates (present-day Dirillo) in Sicily. The colourful Agates and other chalcedonies were discovered over 3,000 years ago from the river. The Agate gem has been worn for protection as amulets and other forms of jewellery. Artefacts of Agate were also common in the ancient world, which has been found in excavations of the Neolithic age. The Egyptians used Agate to avert natural calamities, the Babylonians used Agate in their Swords and Breastplates. Numerous churches from all over the world have also used it to build their window panes to safeguard from lower energies. 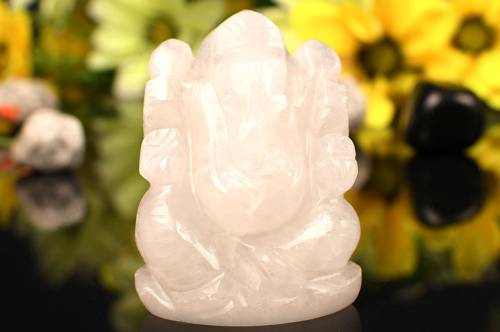 Enchanting Ganesha Agate idols made of natural White Agate gemstone, perfectly carved in detail and are available in different sizes. Lord Ganesha is the revered Lord, Who removes all obstacles, blesses with wisdom, good fortune, success etc. The White Agate brings calm in stress, boosts courage, strength, gives balance. The idol soothes nerves, provides balance, enhances concentration, removes negative energies and blesses with the many attributes of Lord Ganesha, when installed in home/office and given as a gift to loved ones. 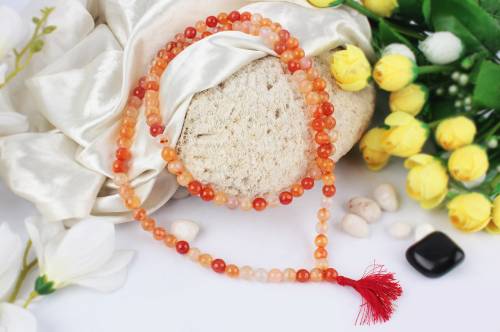 Attractive Agate Necklace Malas made of 100% natural Agate gemstone beads of different colours, like, Moss Agate, Orange Agate, Blue Agate etc. The Malas are strung in thread or Silver chain with round or faceted beads. These Agate Necklace Malas can be worn or used as Rosary or Japa Malas. Agate Gemstone is useful in ushering prosperity, good luck, calm in stressful situations, heals ailments, reduces insomnia, cleanses the aura and other benefits. 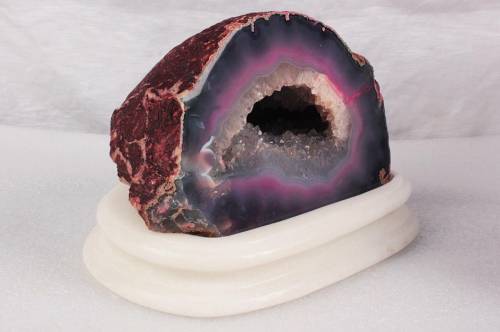 Lovely Red and Pink Agate Gemstone Rocks look beautiful, with bands of vibrant colours a, like, Pink and Gray bands and a crystalline structure in the cavity at centre. These Rocks are 100% natural and available with Marble base. Keep these Rocks at home/ workplace to bring soothing energies, protection, grounds energies, Pink Agate is excellent in healing relationships, provides calmness in stressful situations etc. The Red and Pink Agate Rocks are valuable additions and add to the decor. 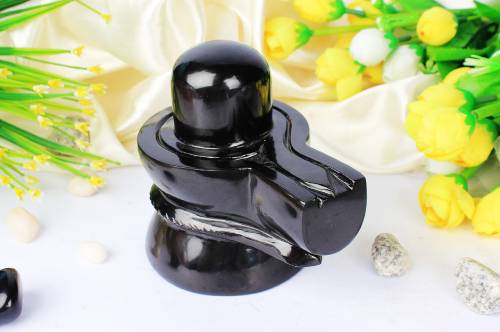 What is Agate made of?

Agate gemstone is a variety of Chalcedony, mineral, Silicon Dioxide. The Agate gemstone is mostly formed in volcanic rocks. It is usually found with Quartz mineral, a factor which has been confusing people, as many mistake Agate for Quartz. As Agate stone generally forms in cavities, it forms layers, giving form to the colour Bands. So the Bands form in the shape of the cavity it is formed in, and are also called Riband Agate. They also come in stripes, 'eye' markings, some have fossilised inclusions and there are solid ones too. Agate stone hardness measures about 7 on the Mohs scale.

What is the Color of Agate?

Agate gemstone is available in nature in numerous colours, so there is no one particular colour of this eye-pleasing gemstone. Agate stone colours: White, Gray, Blue, Brown, Black, Pink, Orange, Red, Yellow and Green. It is interesting to note, each colour Agate has its own Metaphysical properties, which is an important part of Agate stone healing properties.

Where is Agate Stone found?

Agate gemstone is found in almost all continents of the world. There are Agate mines in Africa, USA, Brazil, Italy, Germany, Mexico, Canada, India, Russia and Nepal. One of the largest Agate Gemstones ever found was in Lake Superior, Minnesota.

How does an Agate Look Like on the Outside?

The Agathe gemstone also has a translucent quality, which is an identifying feature of the attractive stone. The natural Agate gemstone has the outstanding feature of having colour Bands, which are distinguishable physical properties of the stone. The stone has parallel Bands of colour which are sometimes White, Gray or may also be of a lighter shade of the Agate stone colour. For example, An Orange Agate might have bands of lighter shades of Orange, whereas the Black Agate may have White banding. However, sometimes the gemstone may not have obvious Bands. Open rocks or broken rocks of Agate are a clear giveaway, with the Bands visible clearly. There is an exception of the Moss Agate which does not have banding, as it has many colours. The Blue Lace Agate has beautiful Lace like formation, thereby giving the stone its name. On the outside, it is mostly rough and dented or has perforation marks, so it is not that attractive from the outside. But, its beauty is revealed once the Agate rock is opened. After cut and polish, it becomes the brilliant looking Agate gemstone we see in the markets.

Since ancient times Agate gemstone has been used for warding off curses, Evil Eye and has also been used as a gift for people who have been married for a long time. It has also been used to make jewellery, down the ages and is still being widely used for the same purposes. Various shapes of beads are made to make different types of jewellery. Artefacts of Agate gemstone are also admired, like, Bookends, Coasters, Paperweights and a variety of other such creative products.

It also finds its use in industries because of its beauty and high resistance to a lot of chemicals, including strong acids. This mineral has been used in arts and craft and the manufacturing industries.

Agate Stone is for which Planet?

Agate Stone is said to be associated with Planet Moon. The Moon is a Planet about the mind and emotion.

The colourful Agate gemstone has multiple benefits and every colour stone has its own meaning. The gemstone does its work in a subtle manner. Worn as Rings, Bracelets, Lockets or Pendants, Necklaces, the Agate stone energies work on the wearer to bring the necessary changes in the person for the better. It aligns the heart, mind and body.

In the World of Gems, there are many types of Agates. Agate gems are available in many vibrant colours that reflect the core cosmic energy of the stone. As Agate is mostly found in the Banded form in various shapes, there are some specific names that are given to them as Agate stone definition, and each of them has its own property of serving us.Some Agate is Sardonyx Agate, the Rainbow like Iris Agate, Onyx Agate, Thunder Egg Agate, Lake Superior Agate, Enhydro Agate, Polyhedroid Agate, Sagenite Agate, Fortification Agate, Condor Agate, Botswana Agate, Fairburn Agate and the mesmerizing Coyamito Agate Pseudomorph. Below are mentioned the names and some popular Agates. 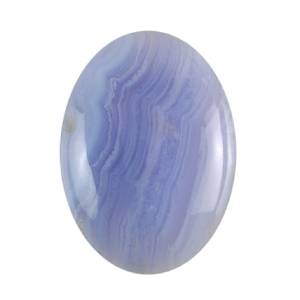 O It is soft and elegantly soothing to the eye.
O Its nimble structure and subtle beauty leave a stimulating, positive effect on the mind.
O The cosmic energy flowing through its colour is quite uplifting. 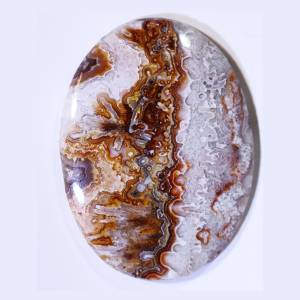 O The gemmologists consider Crazy Lace Agate as the stone of happiness or a laughter-stimulant, "Happy Lace." The Mexicans believe in its healing and joy-causing properties.
O It is regarded as a mood-enhancer that promotes positive thoughts and buoyancy.
O Having a sort of lacy pattern causes the circular flows of cosmic vibrations or divine energies that neutralise negative thoughts. 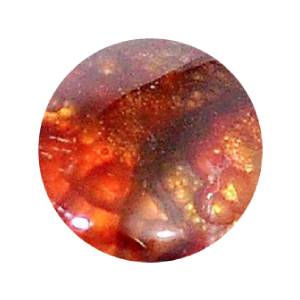 O It is one of the most mysterious Agates and among other stones too, as it carries a great amount of the other worldly energy. It is said to be a powerful healing stone.
O The wearer experiences the ignition of its fiery energy.
O It is endowed with the power of the Fire element (Agni) of nature. 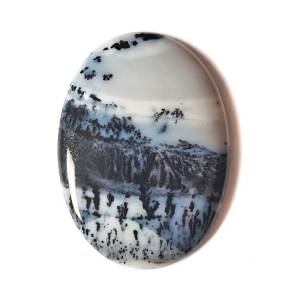 O It is accepted as the stone of abundance which fulfils all of your personal and professional wishes or dreams.
O People in ancient Greece buried Dendritic Agate in the agricultural land for good harvest in the years to come. 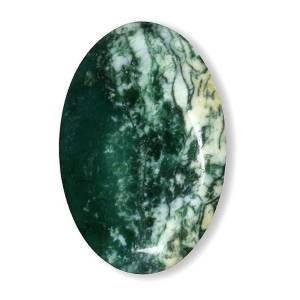 O It has been regarded as the gem of gardeners and farmers. It has a strong connection with plants and nature.
O People of the ancient world especially the tribal heads or priests used it for healing as they could sense and interact with the inner organic system of the human body.
O The warriors were given this agate to wear before the battles so they could feel stronger and overpower their enemies. 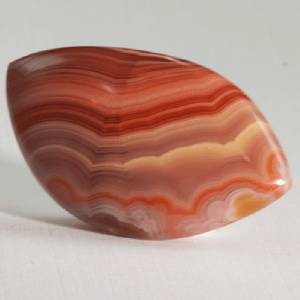 O Regarded as the most glorified agates, Laguna Agate features vivacious shades of red and scarlet.
O Discovered in the Mexican states of Chihuahua, it epitomizes passion and the fervent flow of energy.
O It is said that those whose body is full of energy and vigour may wear this stone to intensify them so that their innermost potential can manifest.

Wearing a combination of Gemstone and Rudraksha is the best way to make the most of it. Rudraksha Ratna Science Therapy® (RRST®) devised by Neeta Singhal employs the use of both Agate gems and Rudraksha beads. It is a holistic healing therapy that uses the curative and healing properties of Rudraksha and Gemstones to balance chakras.

After the consultation, the blocked chakras that are causing the mental, emotional and physical issues are identified and a suitable combination of Gemstone and Rudraksha is recommended. As per the cosmic color they emit, the gemstones work on specific chakras. So Green Agate works for Anahata Chakra while Red agate works for Muladhara chakra. These powerful agents of energy work on releasing the negative energy stored in the form of stress in the blocked chakras, thereby activating them and tuning them to their natural state. Chakras become imbalanced when your thoughts and attitudes tend towards fears and negativity when facing challenging situations in life. Blocked Chakras manifest emotional disorders and physical ailments. It is only after the blocked Chakras are balanced and activated that you can transform your life of suffering, obstacles, and confusion into love, success, and happiness.


When or Which Day To Wear Agate Gemstone: Since the agates have many colours. One should wear it on a day as per its colour: 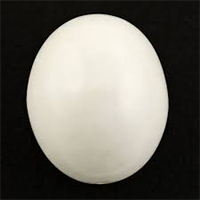 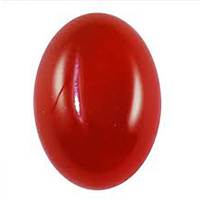 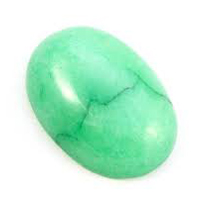 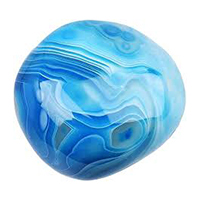 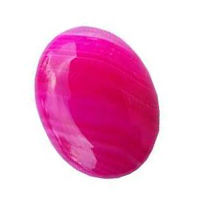 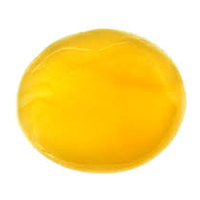 Who Can Wear Agate Gemstone:

How to care for your Agate Gemstones

The gemstone can be washed in a thin stream of running water, after which it can be wiped lightly with a soft cloth. It could be polished every once in a while.