Heera Shankh is a natural fossilized right-hand conch that, like the right-hand Dakshinavarti Shankh, is considered a Goddess Lakshmi symbol. Heera Shankh is also known as Pahadi Shankh, which means “conch from the mountains”: it is found in the mountains of Central and Western India, specifically in the states of MP and Rajasthan, with some rare varieties also found in rocks in the Indian ocean. Because of its crystalline mineral deposits of various colours throughout the shell, it is known as Heera, which means "diamond." It is rare and is thought to have been fossilized millions of years ago, when the current mountains were an ocean floor. Thus the average age of the Heera Shankh that has been discovered is said to be 10,000 years!! 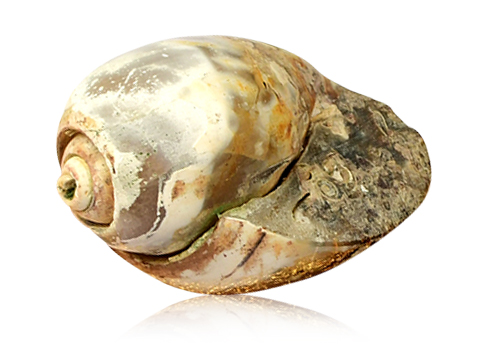 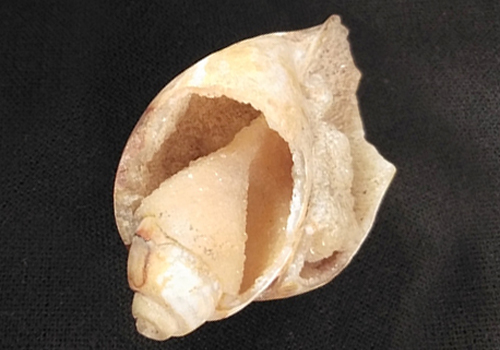 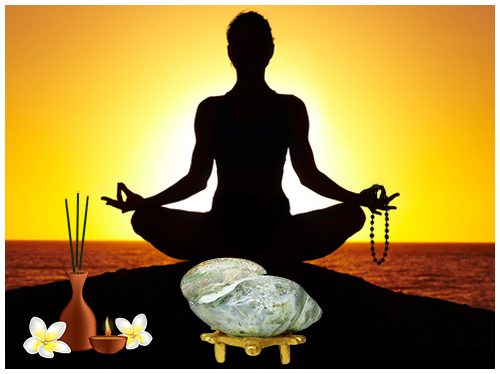 Heera Shankh is thought to be very auspicious and sacred. It is believed to attract wealth, prosperity, growth, success, abundance, positivity, and auspiciousness being ruled by Goddess Lakshmi, the goddess of wealth and riches. When compared to any other sacred object, the Heera Shankh's prosperity vibrations and energies are thought to be second to none. Heera Shankh is also commonly used in tantric sadhanas honoring Goddess Lakshmi. According to ancient Tibetan texts, Guru Matsyendranath, an ancient Tibetan Tantra Guru, attained the highest level of Lakshmi Siddhi by performing a secret Sadhana of Goddess Lakshmi with the Heera Shankh and a black agate rosary. 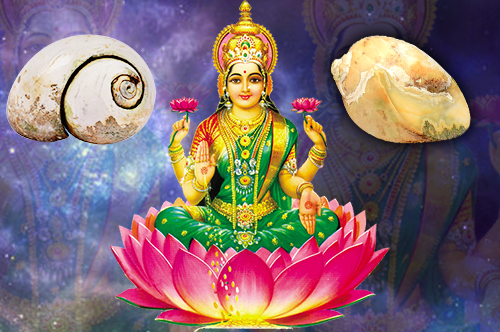 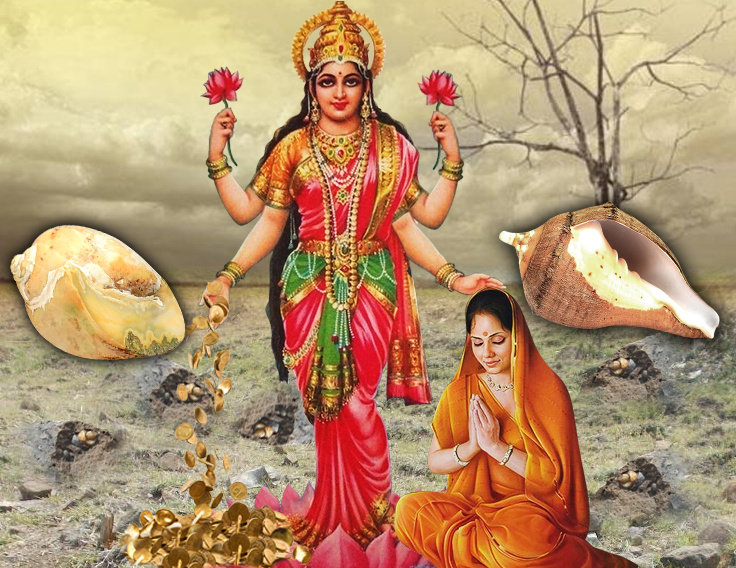 The story of Heera Shankh is an intriguing one. Legend has it that once upon a time, there was an elderly poor woman named Heeraujawala who lived in a village in the north-eastern part of India where the River Ganges flowed. Through her selfless prayers, she was devoted to pleasing Lord Vishnu and Goddess Lakshmi.

The entire village was once afflicted with an epidemic, resulting in thousands of fatalities, including her family; two sons and their wives caught the disease. Later, in her dream, a celestial voice instructed her to fast rigidly in order to please Laxmi Narayan. Soon after, she followed the instructions and made a great penance to Lord Vishnu, who appeared and blessed her with a fortunate event in the near future. But the event could only happen if she worshiped Dakshinavarty Lakshmi shankh, which pleased Goddess Lakshmi, and Heeraujawala was given a large Dakshinavarty shankh.

As she began to worship the shankh, all Dakshinavarty Shankh accumulated around her. However, heavy rains deluged the village once more, dousing the Sacrificial Fire that she had lit during the shankh worship. The heavy rain washed away all the sacrificial paraphernalia, including fruits, ghee, vessels, flowers, and so on. Enraged, she cursed that the village be relieved of the cruel rains and ocean. As a result, the water level dropped, putting the large number of Dakshinavarti shankhs and other species in danger. When Lord Varuna, the sea god, saw this, he begged Goddess Lakshmi to protect the endangered species.

Goddess Laxmi appeared in front of Heeraujawala and asked her to withdraw her deadly curse but she argued that she can't perform her penance as her Shankh has turned into the stone. Upon hearing that Goddess Lakshmi gave the power of abundance and desire fulfillment similar to the Dakshinavarthy shankh to the stone Shankh which whereby started to be called Heera Shankh.

It is said that performing Lakshmi Sadhana with a black agate rosary and the Heera shankh mantra bestows Lakshmi Siddhi. 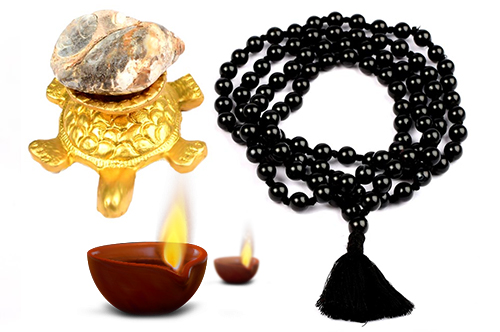 Procedure to be followed during 21 days

How to Keep Heera Shankh at Home or Office

You may keep near entrance of dwelling, or in your living room or your work desk and in your altar. Some people keep in their cash box. 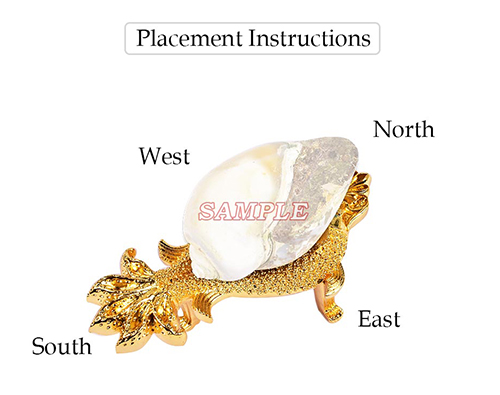 How Heera Shankhs are Obtained

Heera Shankhs are found in the mountains deep within walls and rocks. As these Shankhs have been ensnared in the rocks for very long periods of time, they have to be carefully dug out without causing damage to its shape.

Once collected, they are polished to unveil their natural shiny and smooth surface. The coloured mineral deposits within the Shankh gives the surface beautiful colours and no Shankh is like the other. 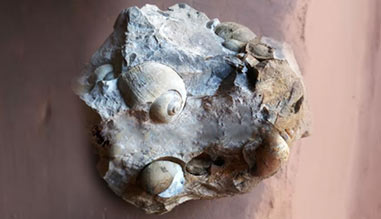 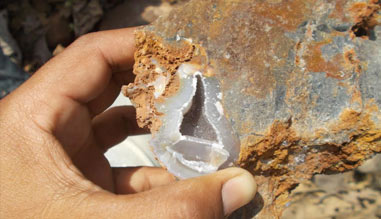