PINK TOURMALINE STONE MEANING: PROPERTIES, BENEFITS AND HOW TO WEAR

The lovely Pink Tourmaline Gemstone is one of the many colours of Tourmaline available. The Pink Tourmaline raw is available in plenty and ranges from light Pink Tourmaline to dark Pink Tourmaline. The darker the Pink, more is the price. Its colour has been the point of attraction for its use in jewellery and makes stunning pieces of ornamental jewellery. The healing properties Pink Tourmaline are well known, it is a stone connected to emotions, unconditional love, helps to release unwanted emotions and also provides a field of abundance. 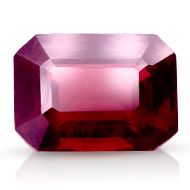 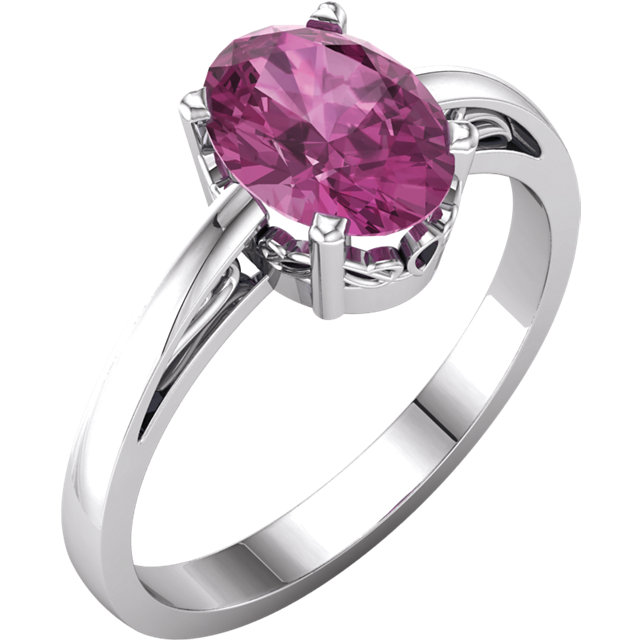 Why is Tourmaline Pink?

Tourmaline is derived from Boron Silicate in combination with Iron, Magnesium and numerous other metals, making it one of the most complex crystal structures. It gets its colour due to the presence of Manganese. The intensity of the Pink colour varies with the amount of Manganese present in the stone. Some Pink Tourmaline stones have flawless transparent texture while some are opaque. Depending on the number of other metal presents, Tourmaline stone comes in a variety of different colours such Green, Ash Pink, Red, Yellow, Blue, black and Violet, which is probably not found in other stones.

How is Pink Tourmaline formed?

The origin of the word ‘Tourmaline’ comes from the land of Sri Lanka. It is derived from the ancient Sinhalese language 'turamali', which in simple language means 'a precious stone of mixed colours'. When heated or rubbed, it gets charged up electrically, with one end positive and the other negative. Initially, Pink Tourmaline was thought to be Ruby gemstone and it is said that the stones on the Russian Crown, which were thought to be Ruby, have now been detected as Tourmalines. The Dutch traders of the 17th century used Tourmaline to clean their Meerschaum pipes (smoking pipes), by pulling the ash from it because the stone (with its ability to get electrically charged) could attract dust particles. American mineralogist George Frederick Kunz discovered and sold a Green Tourmaline stone to Tiffany and Co. based in New York. This led to the popularity of Tourmaline gemstones.

Where to Place Pink Tourmaline stone?

Pink Tourmaline tumbled stone, is often used for placing on the Heart. The soothing, loving energy of this stone makes the Heart calm, especially if you have gone through grief, loss, which are weighing heavily on your heart or you are stressed, anxious, worried. Placing the Pink Tourmaline gemstone or Pink Tourmaline tumbled stone, on the Heart, aids in releasing grief, stress and other lower feelings and therefore helps to search for solutions to heal yourself from that emotion and step out of that feeling.

The natural Pink Tourmaline gemstone has many healing properties, be it emotional, physical or mental. Its spiritual meaning is based on the factor of love, emotional healing, the realization of unconditional love for self and others.

In Chakra science, natural Pink Tourmaline is connected with Hrit Padma Chakra located two fingers below the Heart. It is the place of one's Self / Atma. In its subtle form, it is a Lotus with eight, six or thousand petals with the circular regions of Sun, Moon and Fire in the centre where the person’s Ishta God resides. An Ishta God is a divine part of the Absolute Transcendence that supplies the person with cosmic energies, during meditation. Pink Tourmaline Gemstone is considered a good source of androgynous (male/female) energy, which brings inner balance.

It has a soothing effect on the heart, regulates the irregular heartbeat and causes speedy recovery from Cardiac related issues.

Wearing a combination of Gemstone and Rudraksha is the best way to make the most of it. Rudraksha Ratna Science Therapy® (RRST®) devised by Sakhashree Neeta Singhal employs the use of both Pink Tourmaline gems and Rudraksha beads. It is a holistic healing therapy that uses the curative and healing properties of Rudraksha and Gemstones to balance your chakras. In RRST we deal only with natural and non-treated gemstones. The reason Rudraksha Ratna Science Therapy is widely acclaimed by many is that it works on chakras, the very basis of life, and is a holistic therapy that heals from deep within with absolutely no side effects. In RRST setting of a gemstone in form of a ring or pendant, the bhasma made of the planetary herb is kept inside one tube and a metal that improves the planetary effects is kept in the other tube. In the case of Pink Tourmaline, Audumbara Bhasma and metal Platinum are used to attract the cosmic power of Venus. The gemstone is then energized with its precise seed mantra on a specific day to empower it to eliminate all the malefic effects of the planet and reinforce its beneficial effects. Thus the gemstone becomes a powerful talisman suitable to be worn by any person irrespective of his birth chart.

During the consultation, the blocked chakras that are causing the mental, emotional and physical issues are identified and limiting beliefs are addressed. Chakras become imbalanced when your thoughts and attitudes tend towards fears and negativity when facing challenging situations in life. Blocked Chakras manifest emotional disorders and physical ailments. It is only after blocked Chakras are balanced and activated that you can transform your life of suffering, obstacles, and confusions into love, success, and happiness. As per the chakra status and concerns of the client, a suitable combination of Gemstone and Rudraksha bead is recommended. As per the cosmic colour they emit, the gemstones work on specific chakras. So Pink Tourmaline works on Hrit Padma Chakra and the RRST Consultant identifies the correct finger position for drawing maximum energy from the stone. Rudraksha and Gems are powerful agents of energy and work on releasing the negative energy stored in the form of stress in the blocked chakras, thereby activating them and tuning them to their natural state.

Hrit Padma is another name for the Supreme Self or Atman. It is the essential and ultimate nature, the ineffable dimension of our being. It is the Witness Consciousness which intimates us of all our thoughts, emotions and sensations. Witness to both the mind and the universe in its inner and outer dimensions, the Hrit Padma Chakra, governs life lessons involving love and compassion. It signifies the sweetness of life and emphasizes the need to lead life unconditionally, with love and compassion. It signifies self-worth and self-acceptance and teaches one to be selfless and generous. When imbalanced / blocked you become egoist, harsh, frigid, selfish and self-centred. You feel lonely and lack love for self as well as for others.

When open and balanced this chakra denotes the sweetness of life. It makes a person lead a life full of unconditional love and bliss without any controls or restrictions. Love flows towards every creation of God including self, unconditionally and with lots of compassion. There is a healthy level of self-worth and self-acceptance. This person also desires a spiritual experience in love and affection.

Hence proper functioning of all the chakras ensures appropriate energy flow to all body parts including our vital organs. Thus chakra cleansing and balancing are essential to enjoy good health and happiness which translates to overall abundance and wellbeing in every sphere of life.

Who Can Wear Pink Tourmaline?

At Rudra Centre, all the gemstones are pre-energized as per Vedic rituals and can be worn immediately, on the suggested specific right/left-hand finger.

How to Care for your Pink Tourmaline:

Your Pink Tourmaline might routinely carry negative energies, and the stone or ring can be detoxified by dipping it in saline water overnight.

When or Which Day To Wear Pink Tourmaline:

It is to be worn on Friday in the morning after bath. If need be, one may additionally chant the seed mantra “HOOM” 108 times before wearing.