Mrs. Gandhi (senior) wore them, so did Yehudi Menuhin, B. K. S. Iyengar or for that matter Chandrachur Singh. Probably the best of the berries ever produced in the alternative therapies, is catching on like never before and the trend doesn’t seem to let-up anytime soon with many including celebrities sporting these berries.

Considered a major stress reliever, easer of circulatory problems and, of course, as the best worry beads, the berry (Elaeocarpus Ganitrus) was first spotted in Indonesia and is now also grown in Nepal and Haridwar, India. However, because it is expensive, clinical research of its medicinal properties has not been possible, often resulting in the berry being subjected to esoteric mumbo jumbo.

A researcher in Pune, who has done some path-breaking work in the field, says on the condition of anonymity, "I have found that Rudraksha helps relieve blood pressure and lessens stress. Soak it in a glass of water overnight and the next day to relive stomach disorders. Dip it in Til (sesame) oil for 21 days, and apply it on your aching joints for relief. Of course, most people who've tried this have done so along with their regular medicine". He adds.But "one must approach the Rudraksha with a mixture of open mindedness and dogmatism, rationalism as well as emotion, to get positive results, “he says. "That's probably why many who put it under their pillow have sworn that it cured them of their insomnia."

Ancient medical texts claim that the Rudraksha can prevent ageing and can prolong life. The beads are supposed to be anti-pyretic, anthelminthic and anti-paralysant, and can help balance the vital chakras of the human body which control bile, wind and phlegm. It is also said to heal those suffering from hypertension and heart ailments. Besides, as it is completely devoid of any side effects, it cannot do you any harm. That explains why the old urtaal medica literature allows its use for menstruating women while banning other beads and malas (rosaries). 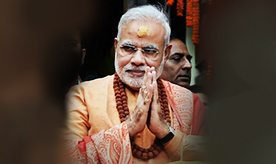 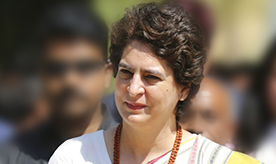 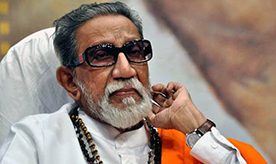 Shivsena Supremo Balasaheb Thakeray always wore Rudraksha mala around his neck and hands. As a tribute to him, his portrait was made on his 92nd birthday using 33,000 Rudraksha beads reflecting his adoration for Rudraksha. 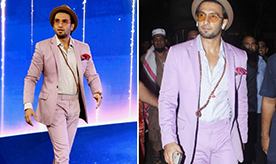 The Padmavat actor, Ranveer Singh dons a long Rudraksha mala on a purple suit in style 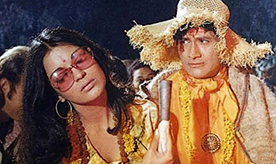 Amitabh Bachchan, the most influential actor of Indian cinema often has been spotted wearing a long Rudraksha mala 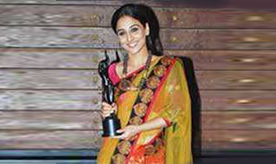 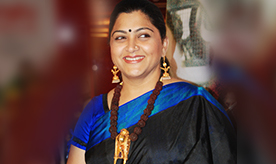 Julie Robberts, the famous Hollywood actress inclined towards spirituality while filming for the movie ‘Eat, Pray, Love’ and since then has been wearing Rudraksha mala 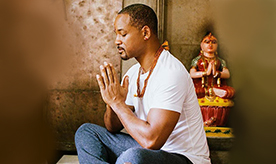 Hollywood actor, Will Smith took to Instagram to share his picture wearing Rudraksha during his recent visit to Haridwar, India 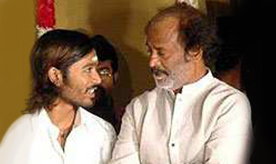 The Director's actor Dhanush is spotted these days wearing a valuable 'Rudraksha' mala. He never removes it except doing while doing intimate scenes on camera for his films. 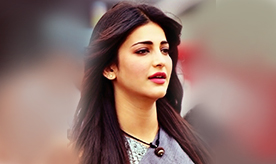 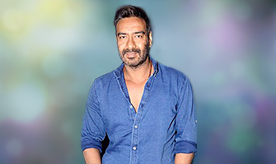 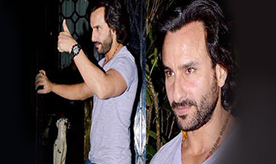 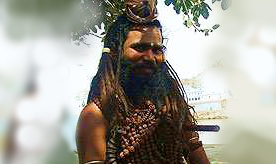 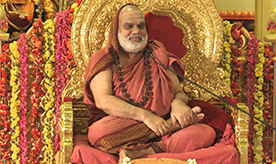 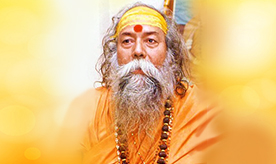 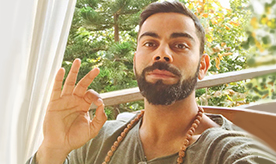 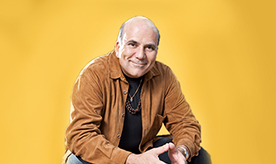 If you have seen any photos of me, or seen me on television or in movies, you most likely saw me wearing a string of beads.
Those beads are part of my secret to success.
They not only help me look cool, but they are gems infused with power, and help assist me in attracting what I want.
Even if you think this is a placebo and it is all in my mind, is not it your mind where *everything* actually takes place?

Please hear me out. This could transform your life. (And no, you do not have to wear any beads to make this work for you.)
The mala or prayer beads I am wearing these days is a specially made one out of real gold and special seeds called Rudrakskha, or prosperity seeds. The beads I am wearing are the rarest combination of pure gold and special Rudraksha seeds of 1 till 21 mukhi - The Indrakshi combination.
It was put together in a precise, scientific way, by Neeta Singhal. This is not religious but is very spiritual, and is very scientific.
Rudraksha beads open up the chakras in your body in an unbelievably short time -- in less than 3 days. This starts the process of physical and emotional healing.
These miracle items from Neeta enhance your aura (energy field) and help you attract wealth, good relationships, and success.
You will find it eye-opening and useful.