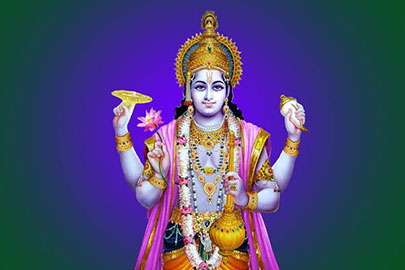 Devutthana Ekadashi is one of the important Ekadashi, out of the 24 Ekadashis, as it is believed that on this Ekadashi Tithi (date), Lord Vishnu, the protector, and preserver of the Earth and Universe, wakes up after the Chaturmas (4 months) of being in a sleep state. As per the ancient Hindu texts, Lord Vishnu is said to go to sleep on the Devshayani Ekadashi Tithi (June-July) and stays in that state for the period of Chaturmas/four months. During these four months, auspicious events like engagements, weddings, etc. should not take place.

When is the Devutthana Ekadashi Festival? Muhurat and Parana Time The Devutthana Ekadashi Vrat Katha is about a King who was a devotee of Lord Vishnu and observed all the Ekadashi fasts religiously. Not only that, his whole kingdom used to observe the Ekadashi Vrats with deep devotion. Once a man from another kingdom came to the kingdom and requested the King to give him a job and let him stay in the Kingdom. The King agreed to do so but put forward the condition of not eating food on Ekadashi, that is like the rest of the citizens of his kingdom, the man would have to follow the fast. The stranger agreed to the terms, not giving it too much thought.

On the arrival of Ekadashi, the man went to the King and told him that he would not be able to survive without eating anything for him. When the King reminded him of the terms of Ekadashi fast, the man said that he would then have to die if there was no food, he would not be able to survive the day. When efforts failed to make him understand, the Kind gave him flour, etc. for him to eat.

Once the ingredients were received, the man went by the riverside, had his bath, and prepared food. Then sitting on the river bank, he invoked Lord Vishnu to come and have the food first. Hearing his invocation, Lord Vishnu appeared and had what was offered. The man too had food and carried on with the rest of the day.

The Devutthana Ekadashi Katha now is about what happens after fifteen days. On Ekadashi, the man went to the King again, this time asking for double the amount of food. The King was surprised at this demand and asked him why. The man replied saying that Lord Vishnu had food with him and it is not sufficient for the two of them. The King refused to believe the story and told him that he meticulously observed the Ekadashi fasts for years and prayed regularly to Lord Vishnu but how is it possible that the Lord never appeared to him and instead appeared to someone who does not even keep a fast on Ekadashi?

Understanding that the King was not believing his story, the man invited the King to see for himself. The King went along with the man and sat hidden behind a tree. As before, the man-made the food and invoked Lord Vishnu to appear and have food. But the Lord did not appear. On repeated invocation, when the Lord did not appear, the man told Lord Vishnu that if He did not appear to share the food then he would give his life by drowning in the water of the river. But again there was no desired response. The man feeling let down by Lord Vishnu proceeded to drown himself in the water of the river. At the end moment, seeing the resolute intention of the man, Lord Vishnu appeared in His Divine glory and shared the food with the man, and after that Lord Vishnu took the man along with Him to Baikunth, the abode of Lord Vishnu.

Witnessing this unbelievable incident, the King understood that only fasting for Ekadashi does not help to experience Lord Vishnu. It requires a pure heart and clear intentions. From that time onwards the King started observing the Ekadashi fasts with full dedication, purity of mind, and intention.