Goddess Tripura Sundari Devi: Who is She, Story & History 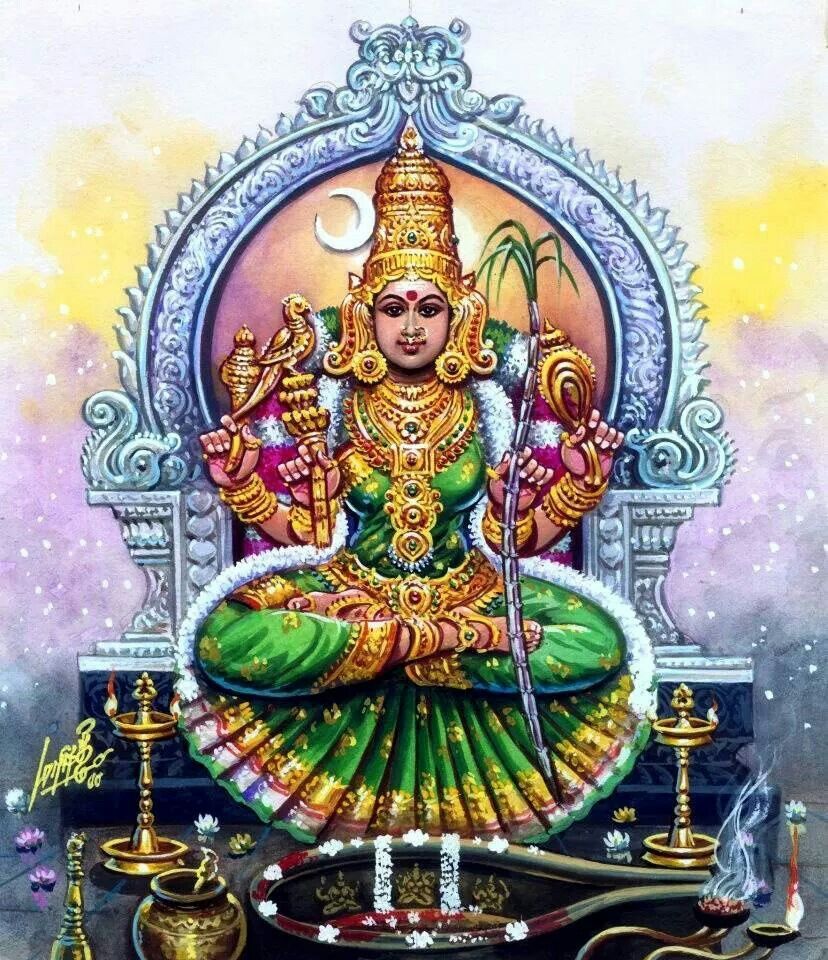 Mythologies are the most imperative aspect of every culture, faith, nation and historical event. There are conventional narratives that may or may not be connected to nature or a few natural events. Indian mythology signifies texts such as the Ramayana, Mahabharata, Puranas, Sangam literature, Periya Puranam, Vedas and so much more. Hindu deities are represented in Indian mythology, particularly the holy scriptures. One of the Hindu Goddesses who should be talked about more is Goddess Tripura Sundari.

Who is Tripura Sundari & what is the meaning of her name? 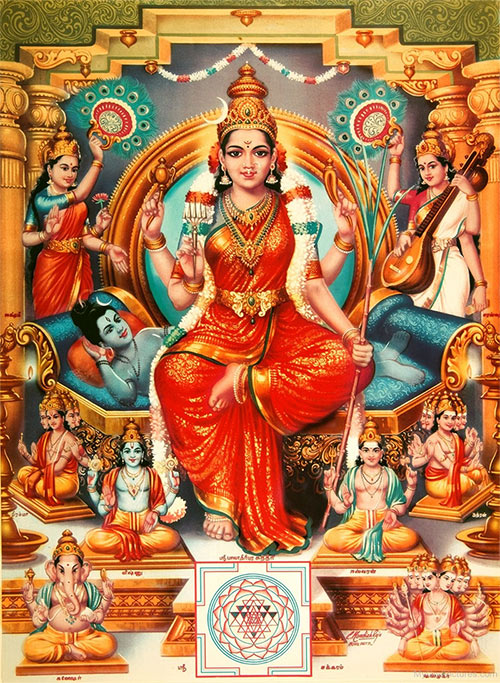 Tripura Sundari is a Hindu Goddess and is a part of Mahadevi who is chiefly revered in Shaktism, the Goddess-oriented sect of Hinduism. She is also believed to be a leading Mahavidya. She is highly respected and praised in several Shakta texts with Lalita Sahasranama being a renowned one.

She is a Hindu deity who is known to be the representation of beauty. She is said to be only 16 years old and therefore, is also just referred to as Shodashi, the sixteen-year-old. Tripura Sundari is one of the several manifestations of Kali, the ferocious form of divine Shakti, who is also renowned in several other names such as Parvati, Durga and Bhagavati.

Apart from Tripura Sundari, she is also referred to as Goddess Shodashi, Goddess Kamesvari, Goddess Lalita and Goddess Rajarajeshvari. The Goddess is renowned as the Adi Mahavidya and denotes a complete version of reality.

The Goddess is renowned as the Adi Mahavidya and stands for a complete version of reality. She is also observed as the penultimate version of enlightened consciousness. Her dhyana mantra also talks about her as the Goddess who sparkles with the light of the rising sun.

Goddess Tripura Sundari is strong and powerful, dominating within Tantric Hinduism which has steered in the direction of feminine theology-based schools and cults. She is connected to the Trika schools where the Sati trinity of the supreme energy is present in the triple patterns of Tripura Sundari. She is renowned by several different names across numerous texts and stories. One of the most popular narratives discussing Tripura Sundar’s many forms is Lalitasahasranama, depicting over a thousand of her identities and spiritual characteristics. The Lalitasahasranama text talks about many Goddesses of the Mahadevi, all of which proclaim their own claim to some divine Shakti (power).

From an etymological point of view, ‘tri’ refers to Three and ‘Pura’ suggests city or citadel. Therefore, Tripura could be interpreted as ‘the one constituting all three citadels’, denoting the three worlds or enormous spheres of God’s creation: the physical world, the astral world and the causal world. Another meaning of Tripura is believed to be the ‘Three States of Consciousness’. Thus, the ‘Tripura Sundar’ is literally translated as ‘She who is gorgeous in the three states of consciousness’. 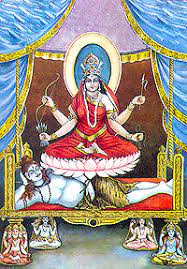 Goddess Tripura Sundari is portrayed as sitting on a lotus that is kept on the horizontal body of Lord Shiva. It rests on a throne whose legs are believed to be Lord Brahma, Lord Vishnu as well as Lord Rudra. Specific iconography portrays the lotus developing out of Shiva’s navel while others showcase it rising out of Tripura Sundari’s yantra Shri Chakra.

As per Vamakeshvara Tantra, Tripura Sundari lives on the peaks of the Himalayas. She is venerated by saints as well as the celestial nymphs. The Goddess is showcased wearing a tiger skin and is believed to wear a snake as her garland around her neck. Her hair is styled like a jata. In two of her four hands, she carries a trident and a drum. Her vahana or mount is a bull. She is decked with shimmering jewels and flowers.

In specific depictions, Goddess Tripura Sundari is portrayed with four hands. She holds a noose, a goad, arrows and a bow. In Lalita Sahasranama, she is showcased as being seated on a throne like a queen. Her perfect body is decorated with shimmering jewelry. A crescent moon can be viewed on her forehead. She is sitting on the corpses of Lord Brahma, Lord Vishnu, Lord Vishnu and Lord Rudra. Tripura Sundari is showcased as a Goddess who is served by Lord Brahma, Lord Vishnu, Lord Shiva, Goddess Lakshmi and Goddess Saraswati.

Certain depictions showcase her as a young maiden with exceptional beauty. She is portrayed clad in red silk with thick, dark, long flowing hair adorned with flowers. She has a shining fresh face with sparkling rosy cheeks, fish-shaped eyes, a good set of teeth and wears a charming smile. She was considered to be so gorgeous that her consort Lord Shiva was unable to take his eyes off her. She is also showcased sitting royally on a throne with her left foot on the holy Shri Chakra.

Lord Shiva is one of the three Gods who is believed to be a part of the Trimurti. Shiva wed Sati who was the daughter of Daksha. But Lord Shiva did not get along with his father-in-law Daksha. Because of this conflict, Daksha did not invite Shiva for the yagna (fire ritual) that he performed. However, his daughter Sati insisted on attending the occasion even though Shiva did not want her to. Upon seeing his daughter, Daksha started belittling her husband. Enraged at her father for humiliating her spouse, Sati committed suicide by hurling herself into the fire to put an end to the dishonor.

After Lord Shiva came to know that his wife Sati killed herself, he was beside himself with sorrow, grief, and anger. As a result, Lord Shiva beheaded his father-in-law. After his wrath lessened, he let Daksha be resurrected with the head of a goat. After the death of his wife Sati, a depressed Lord Shiva entered into deep penance. Sati was reborn as Parvati, daughter of mountain king Himavat and his wife – the apsara Mena. This was possible due to a boon that was granted to them by Adi Parashakti (Highest form of Shakti). This is why Parvati pursued and was able to get Lord Shiva as her husband.

Once the Devas had to combat their enemy Tarakasura. This demon was bestowed with a boon that he could only be slain by the son of Lord Shiva and Goddess Parvati. In order to beget a son from the deities, the Devas sent Kamadeva, the God of Love. He shot his flower arrows at Shiva and Parvati to bring out ‘feelings of love’ within them.

Angered that he had been deceived, Lord Shiva opened his third eye and destroyed the God of Love, and reduced him to ashes. The wife of Kamadeva – Goddess Rati as well the Devas appealed to Lord Shiva to revive Kamadeva. After paying attention to their plea, Shiva gazed at the ashes of the God of Love.

From the ashes arose Bhandasura, who caused havoc in the universe and ruled from the city named Shonitha Pura, after which he began harassing the Devas. The celestial demi-gods requested Sage Narada’s counsel and the Trimurti, who recommended them to take the aid of Nirguna Brahman – the ultimate godhead.

In order for the universe to benefit, a Maha Yagna (great sacrifice) was performed, where the entire creation i.e., the manifest universe was presented as the oblation and from the fire emerged Maha Tripura Sundari (Saguna Brahman).

Tripura Sundari then split herself into Kameswara (Purush) and Kameshwari (Prakriti) and redesigned the entire universe as it seemed to be before. In another legend, Goddess Parvati wanted to charm and captivate Lord Shiva so badly that she changed herself into Lalita Tripura Sundari to demonstrate her beauty and omnipresence in the three worlds.

Goddess Tripura Sundari stands for the road that facilitates a worshipper to seek samadhi (state of consciousness), thereby providing her with the title of a Vedic Goddess of wisdom, which she conveys through her triple-natured characteristic. Her tripartite theme is recurrent in numerous forms under the three separate cities (these cities are occasionally denoted as worlds). The cities denote how one undergoes consciousness within our three bodies: the senses (eyes), the mind and the heart, each representing a city.

Consciousness can be felt by two varying trails either via the physical, astral and causal pathways or through matter, energy and thought. Consciousness can also be divided into waking, dreaming as well as deep sleep. When merging these elements and splitting them into different cities respectively, they constitute one of the numerous tripartite natures of Tripura Sundari.

Tripura Sundari is a significant Goddess within the Tantric tradition. Her spirit is represented in the trilogy nature associating to all categories of the cosmos and sway over Lord Shiva and his role in the universe. Her beauty epitomizes her capability to steer her devotees along a pathway that results in the pure perception of the universe, thereby eventually understanding a clear consciousness that can drive one to the awareness of Lord Brahma, the Absolute. These elements make her an extraordinary and powerful Goddess among the many that constitute the great Goddess Mahadevi.

The vehicle or mount of Goddess Tripura Sundari is believed to be a bull.

Goddess Rati, along with her husband Lord Kama, is depicted riding a parrot as their vahana (mount or vehicle). Sometimes, Rati Devi is also showcased riding a horse like a queen, signifying her Kshatriya origin as the daughter of Prajapati. 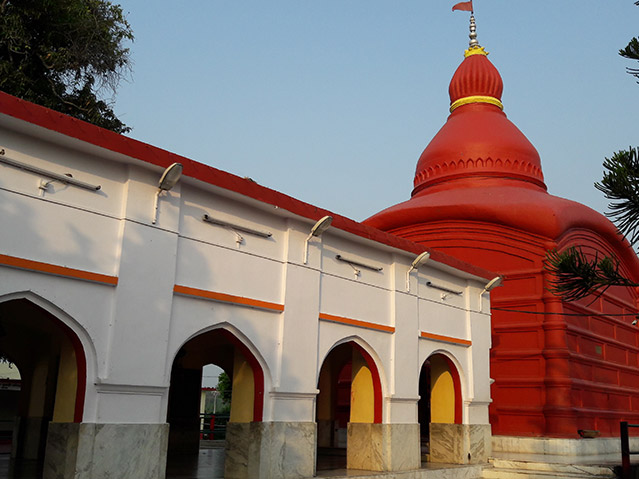 A few of the renowned temples in India that are devoted to Goddess Tripura Sundari are housed in Banswara in Rajasthan, Udaipur in Tripura, Manali in Himachal Pradesh, Mysore in Karnataka, among others. The Devi was chiefly created to slay the demon Bhandasura and guard the people on earth and heaven. She is considered to be the embodiment of love, elegance as much as she is renowned for her exquisite beauty.

The Tripura Sundari Homa is performed to channel the feminine power (Shakti) of the universe. Those desiring to appear gorgeous and eye-catching can conduct the Homa and add charisma to their personality. Moreover, the Homa can enhance your intellect, counter the sway of the unfavorably placed planets in the horoscope and steer you to live a happy, joyful and long life.

Goddess Tripura Sundari is believed to be an embodiment of compassion and grace as much she is known for extraordinary beauty. Devotees should venerate her for divine blessings and they will be granted a number of benefits. Issues such as delay in marriage, marital problems and disharmony, infertility, poverty, debts, and many misfortunes can be alleviated. They can also be guarded against the ill effects of planet Mercury. You can benefit if you recite the Tripura Sundari Maha Mantra with utmost sincerity regularly. A married couple who are trying to conceive can gain from venerating the Goddess. Pregnant ladies can also chant this mantra for safe delivery.