“For so many incarnations, I have been separated from You, Lord; I dedicate this life to You. Placing my hopes in You, I live; it is so long since I have gazed upon the blessed vision of Your Darshan.”- Guru Ravidas

'’Amongst all is the Light-You are that Light. By this Illumination, that Light is radiant within all.'Your Name is the light applied to this lamp, which enlightens and illuminates the entire world.'’- Guru Ravidas 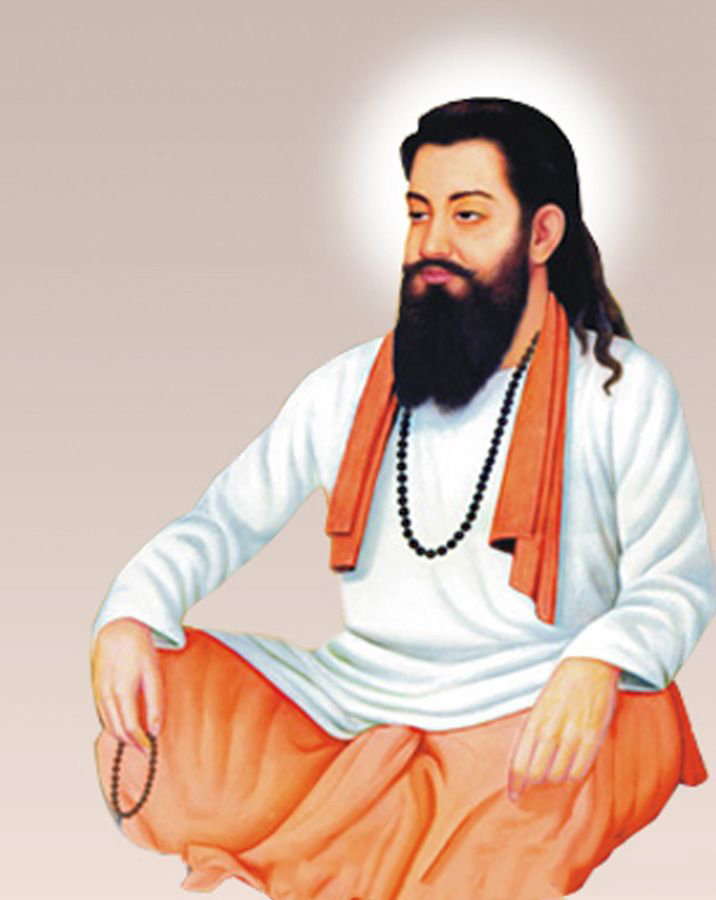 Guru Ravidas Jayanti marks the birthday of Guru Ravidas. This year, the 646th birth anniversary of Guru Ravidas will fall on Sunday, February 5, 2023. The event is largely celebrated across Uttar Pradesh, Haryana, Himachal Pradesh, and Punjab. According to the Hindu calendar, it occurs on a full moon day in the month of Magh. He is also known as Raidas, Rohidas and Ruhidas and was a famous saint during the Bhakti movement. His devotional songs and verses made a long-lasting impact on the Bhakti movement. He was an Indian mystic, poet and saint, a reformist, and a spiritual figure, who founded the Ravidassia religion, thus this is an important day for the followers of Ravidassia religion.

Who is Guru Ravidas? Guru Ravidas was born in 1377 CE in Seer Goverdhanpur in Varanasi, Uttar Pradesh. He was born on Magha Purnima. So, his birth anniversary is celebrated on Magha Purnima. His birthplace is called Shri Guru Ravidas Janam Asthan which is a major pilgrimage centre for the followers of Guru Ravidas. In the 15th and 16th century CE, he championed the cause of eradication of caste system and rights of the untouchable. He also wrote a poetry on a just state wherein he has described an ideal society, equality, and freedom for all. He envisioned a city with no sorrows and fears, where people would be wealthy and contented.

He was born to Baba Santokh Das and Mata Kalsa. He was a contemporary of Bhagat Kabir. He belonged to a family of cobblers. They were hated by upper caste Hindus and were treated like slaves. During his era, many people belonging to low castes were embracing Islam due to the ill-treatment meted out to them.

Ravidas was married to Lona at an early age. The couple had a son called Vijaydas. Baba Santokh Das had advised him to join the family business. However, Ravidas was imbued with celestial and humane values. He spent the money that he received from his father for the welfare of the saints and the needy. Baba Santokh Das was perturbed and asked him to vacate his house. Later, Ravidas lived in a make-shift hut with his wife and had setup a small wayside shop for mending shoes.

As the story goes, Ravidas was a Brahmin in his past life. He fell in love with a woman of Chamar caste. He wished that the lady would become his mother in his next life. It is believed that after he reincarnated as Guru Ravidas, he was born to the same lady. On Guru Ravidas Jayanti, his disciples take inspiration from Guru Ravidas by recalling the events and miracles in his life. Devotees take a holy bath and perform special aarti to seek his blessings. Some visit his place of birth in Uttar Pradesh. It is followed by a celebration at Shri Guru Ravidass Janam Asthan Mandir, Seer Goverdhanpur, which witnesses a footfall of lakhs of followers from across the world. Large processions bearing the portraits of Guru Ravidas are carried out on the streets. The day is celebrated by performing Nagar kirtans.

His devotion for the Lord He spoke about unity, God’s omnipresence, and omnipotence. He did not believe in the concept of duality. He stated that the human soul is only a particle of the Lord. For him, the lover and the Beloved are One. His extreme devotion and universal love attracted people of all castes. He was an ardent lover of God. His love for the Lord was true and inseparable. He praised the Lord and sang His praises. Ravidaasias lovingly call him Guru as well as Bhagat. His verses were liked by Guru Nanak Dev. In 1508, when Guru Nanak visited Banaras during his first missionary journey, Guru Ravidas composed 40 verses. In 1604, Guru Arjan Dev included those verses in Guru Granth Sahib. On humanism, Guru Ravidas had said, “If God actually resides in every human being, then it's quite futile to segregate people on the basis of castes, creed and other such hierarchical social orders.” His noted disciples were Bhagat Sain, a barber and a cultivator, Bhagat Dhanna. Meerabai, a revered queen of Chittor and her husband, is said to have considered Guru Ravidas as their spiritual Guru. Bhagat Ravi Daas condemned rituals like taking a dip in the Ganges, worshipping sacred shrines, idol worship and observing fasts. He was also against intoxicants. Instead, he propagated to perform good karmas, serve humanity and to avoid slander. He believed that to realize God, man should chant His name constantly and live by his divine will. Earlier, the Delhi government has declared a holiday on Ravidas Jayanti in 2023. The Election Commission had postponed the single-phase state assembly poll which was to be held in Punjab from February 14 to February 20, since the day coincided with Ravidas Jayanti. The prime minister had paid homage at the Shri Guru Ravidas Vishram Dham Mandir in Karol Bagh.

“He alone is a silent sage, who destroys the duality of his mind.”- Guru Ravidas