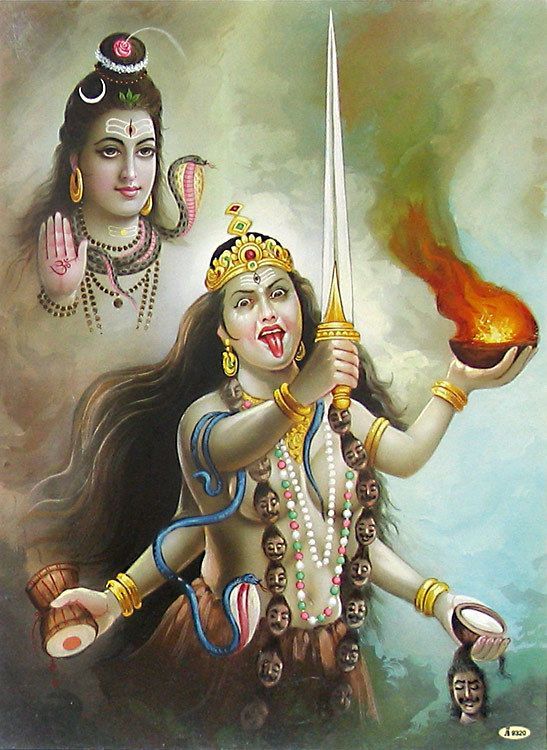 Hinduism is believed to be the most ancient religion in the world, originating in Central Asia and the Indus Valley. Followers of the faith refer to it as ‘Sanatana Dharma’, also known as the ‘eternal path’, and comprehend the percepts, as laid down in the holy texts, called the Vedas. The region believes in the concept, called Brahman, the Supreme Over-Soul from whom all the creation arises.

Hindu mythology is known for its various Gods and Goddesses, divine races, and mythical creatures. Every family or clan that follows Hinduism is known for worshipping a specific deity. They are called Kuladevata. Let us learn more about them:

Kuladeva or Kuladevi is referred to as an ancestral tutelary deity in Hindu Dharma, who is believed to be the one to be worshipped, so as to persuade the divinity to take care of one’s clan (kula), family, and children from bad luck and misery. This is different from ‘Ishta-devata’ (personal tutelar) and village Gods and Goddesses.

The term ‘Kuladevata’ is stemmed from two words: Kula, implying clan and Devta, suggesting deity, and denotes divinities that are worshipped by specific families. The deity can be either male or female, animal or even an object such as the sacred stone, and it is said that rituals performed at the Kuladeva/Kuladevi shrine can prove to be fruitful to those who are genetically related to the one conducting the ceremony.

Hindu clans take a holy trip to the Kuladeva or Kuladevi temple to attain the blessings of the deity after auspicious events such as weddings, milestone birthdays, the birth of a child, thread ceremony, the first birthday of the baby and so much more. 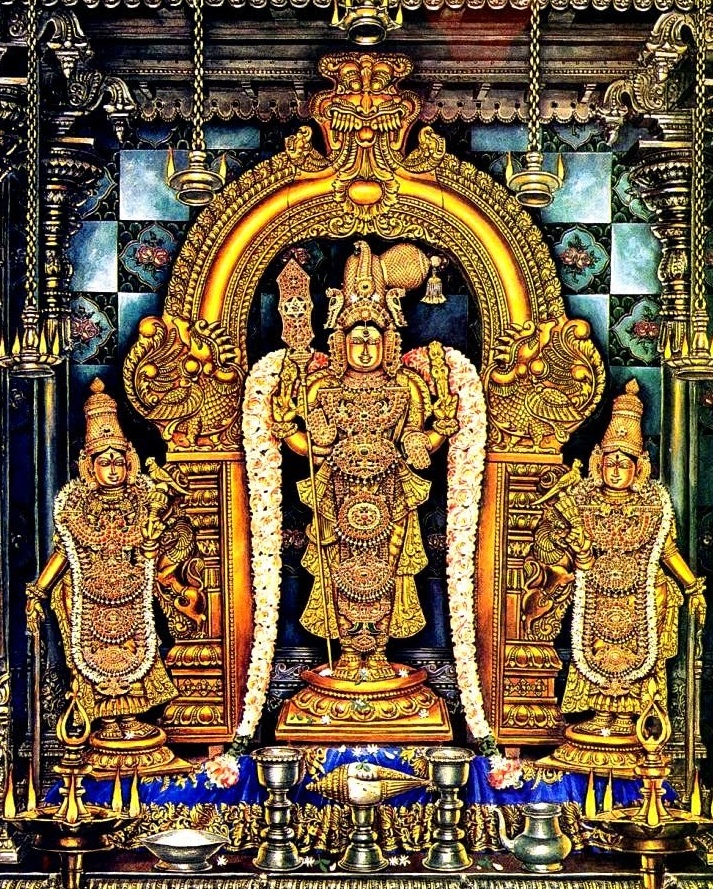 Kuladevatas are revered in numerous circles of Hinduism and Jainism. In the Maharashtra state, they are chiefly forms of Shiva and Shakti like Khandoba or Bhavani respectively. In states such as Gujarat and Rajasthan, these Gods and Goddesses are essentially the various incarnations of Parvati Devi, the consort of Lord Shiva, and are prayed to by various names by different families.

The Indian King Cobra (Nag) is also believed to be a renowned Kuladevata. It is referred to by numerous names like Nagadevata and Nagabaapji and is venerated by numerous Hindu, Jain and Kshatriya clans. A few Kshatriya sects also call themselves the ‘Nagavanshi’ or the descendants of the Naga. In Southern India, Balaji of Tirupati is considered to be one of the chief Kuladevatas.

In Kerala, prominent surnames such as Namboodiris, Ezhavas and Nairs have their own Kuladevatas. They are considered to be the deities who have been shielding their clan all this time. For the Brahmins, Kuladevatas were the who their ancestors performed ‘Upasanas’ (life-long devoted veneration) on. For Ezhavas and Nairs, it's not fully committed Upasana like that of Namboodiri brahmins, but they revere their family deities for their entire life. They build shrines for the Kuladevatas and perform specific pujas.

Goddess Angalaparameshwari is the Kuladevi for most of the Chettiars and Vellalar. Lord Narashima is the Kuladeva for Iyengar and Naidu clans. Venerating Kuladeva and Kuladevi is renowned amongst the Brahmins and Kshatriyas of Goa, Karnataka and Maharashtra.

The majority of the Kuladevata temples are seen in Goa, Shantadurga, Mahalakshmi, Nagesh, Mangesh, Ramnath and many others. The family deities are known to play a very prominent part amongst the Saraswat Brahmins, Daivajna Brahmins, and Konkani Kharvis. It has the potential to even supersede the role of the Ishta Devata.

It is because not all Hindu clans are the same, so it makes sense that the Kuladeva and Kuladevi will also be different. For many years, to maintain its past and organize one’s community, Kuladevatas was set up in one place. That region was established as the original area of the people belonging to that clan. 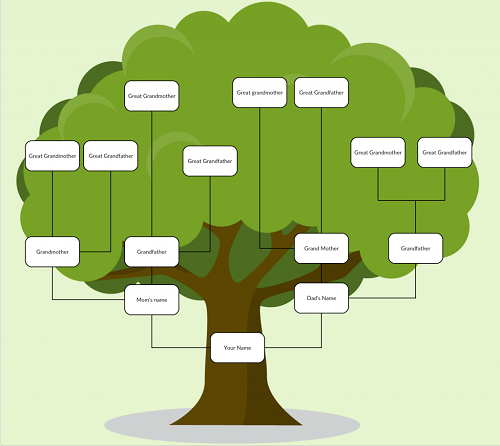 In older days, it is said that the individual connected to a temple used to have a big book which used to have names, addresses, gotras of the people. This was similar to the Teerth Purohit or Pande sitting alongside the banks of the Ganges penning down the name of your clan and gotra. You may not be aware of the name of your great-grandfather’s grandfather but the names of your forefathers are recorded by the priests. This can help you be linked to your family tree.

Every Hindu family is believed to be connected to the descendent of some deity or sage. You can know which specific lineage an individual belongs to based on his/her gotra. For instance, if a person’s gotra is Bharadwaj, then he/she has descended from Bharadwaj Rishi. In this way, we will be able to get all the people related to Bharadwaj gotra in society. Apart from this, the ancestors of a clan begin venerating them by selecting them as an appropriate Kuladeva and Kuladevi and constructing temples for them in a specific area so that their family or community would be linked to them spiritually.

Kuladevi or Kuladeva are observed as the protector of the family or lineage. They are the first worshipped deity of the family. Thus, it is essential to remember them before embarking on any task. Their impact is so significant that if you incur the wrath of the deity, no other God or Goddess can halt or decrease their malefic effects or harm with the exception of Lord Hanuman. There are numerous families who are not aware of their Kuladevata. This is owing to the fact that they no longer visit the place of their Kuladevi or Kuladeva and do not venerate them anymore. However, their forefathers and their deities are watching them.

It is mentioned that as time passes, families shift from one place to another, change their faith, get displaced because of invaders or the untimely death of someone they knew. A lot of people have unfortunately forgotten the history of their clan or lineage and thereby overlook the deities of their clan.

It is also observed that if you stop revering to your family deity, you will not see a significant change for a few years. However, when the protection cycle of the divinities is eliminated, then you will begin noticing a lot of unfortunate incidents and accidents in the family. The clan will not see a lot of prosperity, rise in domestic disputes, disturbances, and unrest. The lineage will not be able to move forward and progress properly.

How to find out the name of your Kuladevata?

In order to seek the name of your family deity-

Typically, Kula Devam is believed to be a God/Goddess/Demi-God who is worshipped by one’s family tradition and is passed down from one generation to the other. The male children of the family will carry on the tradition and pass it down to their children whereas the woman’s Kula Devam changes after her marriage. After the wedding, she will have to worship her husband’s Kula Devam. Every Hindu family has a Kula Devam and they are known to watch out for the clan and take care of them. There are two kinds of Kula Devam and it tends to be in the form of Ayya (Male) and Amma (Female).

On the other hand, ‘Ishta Deivam’ is considered to be the God/Goddess/Demi-God who is venerated because of the individual’s personal desire and will. One can pick their own Ishta Deviam based on their preference, compatibility, satisfaction, interest, or with the advice of their spiritual Guru or elders.

So, one can choose their own Ishta Deivam but this is not possible with Kula Deivam. Kula Deivam is believed to be the foremost deity in your family. After revering your Kula Deivam only, you can visit temples of the other Gods and Goddesses. 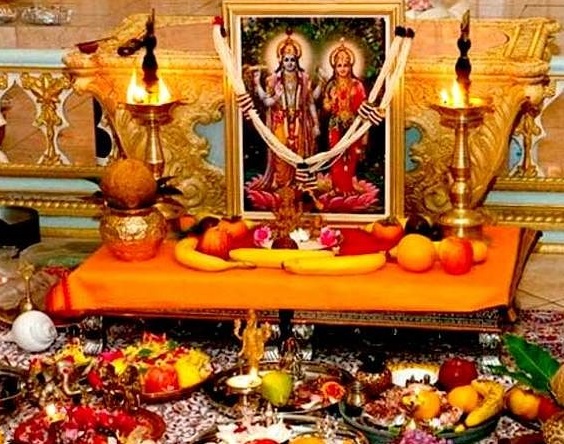