About Lord Buddha: The Life Story of Siddhartha Gautama

Buddhism is recognized as one of the major religions in India. This Indian religion and philosophy are based on a series of original teachings credited to Gautama Buddha. It originated and developed in ancient India as a Sramana tradition sometime during the 6th and 4th centuries BCE, extending through a significant portion of Asia.

The objective of Buddhism is to combat suffering (dukkha) produced by desire and ignorance, counting impermanence and the non-existence of self. The majority of Buddhist traditions highlight the individual self via the attainment of Nirvana or by following the path of Buddhahood, thus putting an end to the cycle of death and rebirth.

Let us learn more about the founder of Buddhism – Gautama Buddha – or famously called Buddha or Lord Buddha:

Who Was Lord Buddha or Siddhartha Gautama? 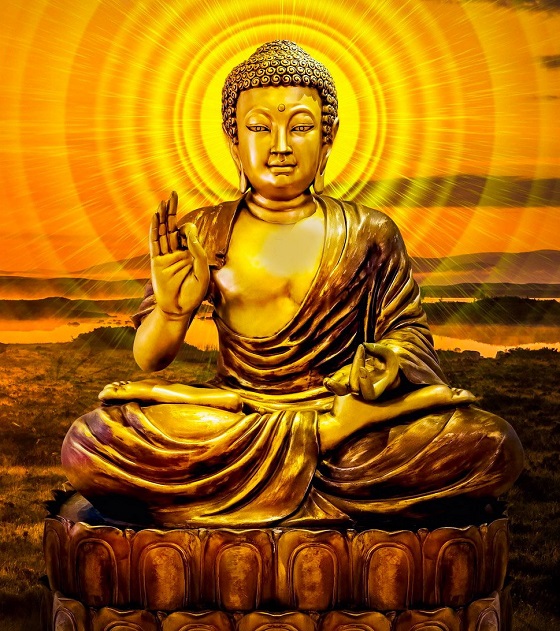 Gautama Buddha was a spiritual teacher, philosopher, and religious leader who is worshipped as the creator of Buddhism. He is venerated by a majority of Buddhist schools as the savior or the Enlightened One who revived an ancient path to liberate clinging and craving and get away from the cycle of birth and rebirth. He spread his teachings for approximately 45 years and constructed a huge following, both monastic and lay.

Buddha is a title and not a name. It is a Sanskrit term that means ‘an individual who is awake’. What a buddha is conscious of is the actual nature of reality. His teachings perpetuate the notion that when an individual passes away they are reborn but move into the peace of Nirvana, which is not ‘heaven’ but a transformed state of existence.

Originally called Siddhartha Gautama, Lord Buddha lived in what is now known as Northern India and Nepal approximately twenty-five centuries ago. Buddha was born into a noble family in the Shakya clan but ultimately renounced it. He journeyed through the Ganges Plain and spread his teaching far and wide and developed a religious community. He taught his disciples how to train their minds that included self-restraint, ethical training and meditative practices like mindfulness and jhana. 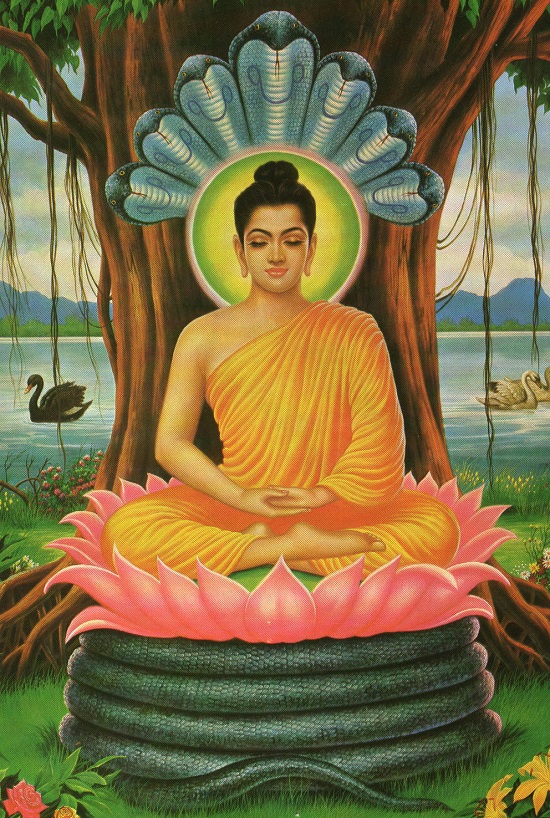 In Hinduism, Buddha is occasionally observed as an Avatar of Lord Vishnu. In the Puranic text Bhagavata Purana, he is mentioned as the 24th of the 25th avatars, prefiguring an impending final incarnation. Similarly, several Hindu traditions depict Lord Buddha as the most recent (ninth) of the ten main avatars, called the Dashavatara (Ten Incarnations of God). The Dasharatha Jataka (Jataka Atthakatha 461) stands for Lord Ram as a preceding incarnation of the Buddha as a Bodhisattva and supreme Dharma King of incredible knowledge and wisdom.

Buddha is mentioned in vital Hindu scriptures, including most of the Puranas. However, not all of them talk about the same individual. In fact, a few of them discuss other people, and some instances of ‘buddha’ just mean ‘a person with buddhi’. The majority of them, though, indicate the founder of Buddhism. In a couple of Puranas, he is talked about as someone who was born to ‘mislead the demons.’

Over the course of many centuries, the way Lord Buddha is portrayed has certainly developed and evolved. Early depictions did not showcase a physical Buddha but this transformed over time. Some of the common features are the position of the feet, tranquil facial expression, long lobed ears, gestures of the hands and some kind of headwear. Lord Buddha is always portrayed with specific physical attributes, in a particular clothing and in definite poses. Every pose, particularly the position and gestures of the Buddha’s hands, has a specific meaning which is known to Buddhists. In several countries practicing Buddhism, especially India, mudras are used.

The present range of postures in which Buddha may be depicted, and the gestures which could be shown, developed over the first millennium of the Buddhist era (approximately 500 BCE to 500 CE), predominantly in India, the original motherland of Buddhism. The new ‘Sarnath image type’ or ‘Gupta period Buddhist image’ changes from preceding Buddha images, like those in Greco-Buddhist art, in several ways: the clinging robes do not reveal any male genital bulge, the gaze is lowered, the robe does not have folds, and there are varied body proportions.

Lord Buddha may usually be shown in any one of the following postures:

Sitting: If Buddha is sitting, he may be portrayed in one of three varied positions. One of them is the ‘heroic pose’ with the legs folded over each other. The other posture is the ‘adamantine pose’ where the legs are crossed so you can see that the soles of both feet are turned up. The third pose is an individual sitting in a chair.

Standing: In this position, Lord Buddha may be showcased with his feet together or with one foot forward.

Reclining: The reclining pose may denote Lord Buddha either resting or sleeping. But it is believed that the posture is supposed to stand for Buddha’s final state of enlightenment prior to his death. 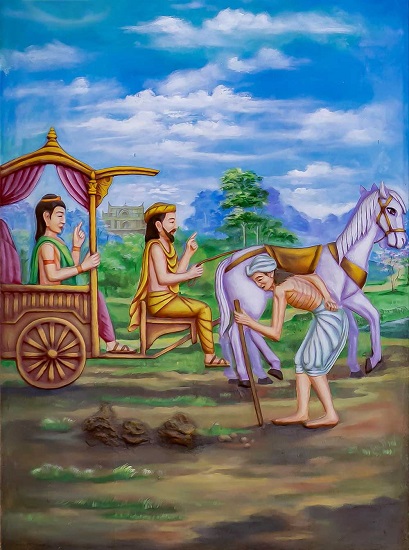 The story starts with the birth of Siddhartha Gautama in Lumbini, Nepal, in about 567 BCE. He was the son of a King and was born into the Shakaya clan and raised in luxury and opulence and grew up in a sheltered environment. He was married when he was sixteen. His wife was called Yashodhara and had a son named Rahula.

His life completely changed when he was twenty-nine years old. During his carriage rides, Prince Siddhartha first saw an individual who was very sick, then an old man and finally a corpse. This shook him completely when he understood that his privileged rank is not going to shield him from sickness, old age and ultimately death. When he spotted a spiritual seeker – a mendicant ‘sacred man’ – the desire to look for peace of mind emerged within him.

The prince decided to relinquish his worldly life and started a spiritual journey. He looked for teachers and penalized his body with ascetic practices like excessively prolonged fasts. It was assumed that punishing the body was one way to enhance your mind and that the door to knowledge and wisdom was discovered at the edge of death. Nevertheless, even after six years, the prince felt only dissatisfaction and distress. Ultimately, he understood that the road to peace was via strict and rigorous mental discipline.

At Bodh Gaya – located in the Indian state of Bihar, he meditated underneath a Ficus tree – ‘the Bodhi tree’, until he woke up, or achieved enlightenment. Since then, he would be referred to as the Buddha. He spent the rest of his days teaching his disciples how to attain enlightenment for themselves. He delivered his first sermon in Sarnath, housed near Benares, and then strolled from village to village, drawing followers along the way.

He established the original order of Buddhist nuns and monks, several of whom went on to become amazing teachers as well. In 483 BCE, he passed away in Kushinagar, situated in what is presently the state of Uttar Pradesh in North India.

It is not confirmed if the traditional tale featuring Lord Buddha’s life is factually correct. But historians have largely said that there used to be a historical Buddha and he was alive sometime between the 4th to 6th BCE. It’s assumed that at least a few of the sermons and the monastic rules documented in the ancient scriptures are his sayings.

Lord Buddha is revered by Buddhist devotees for nine intrinsic virtues that are scripted in Pali. 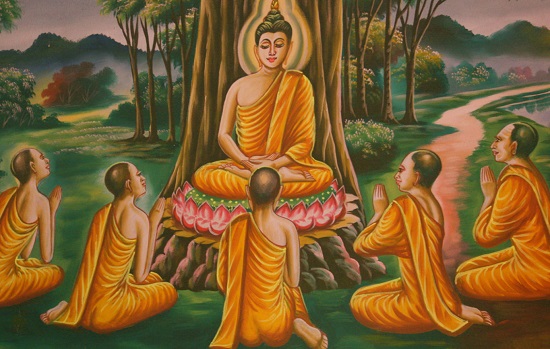 Here are some of the teachings of Lord Buddha: 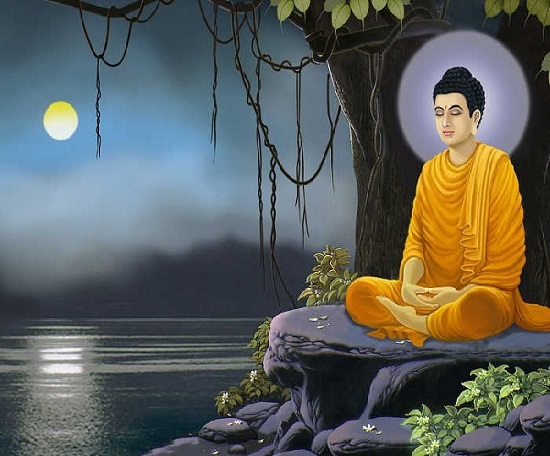 Buddha Poornima: This festival is extremely vital among followers of Hindu Dharma. Lord Buddha came into this world as Siddhartha Gautam during Purnima in the month of Vaisakh. Among many Hindus, he is revered as the ninth avatar of Lord Vishnu. Lord Buddha reached enlightenment beneath a tree in Bodh Gaya on this day.

Guru Poornima: Apart from marking the birth of Ved Vyas, this auspicious day is also significant for Buddhists. They observe it to honor Lord Buddha. The devotees celebrate this day to pay their homage to the first sermon that Buddha delivered in Sarnath. 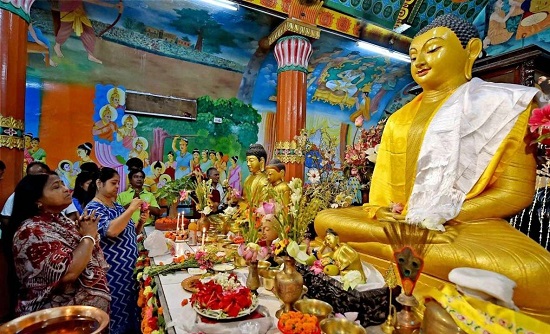 Buddhists have trust in karma or ‘intentional action’. By praying to Lord Buddha, the devotees can alter their minds via positive action so they can get away from the cycle of birth, death and rebirth, referred to as samsara, and attain enlightenment.