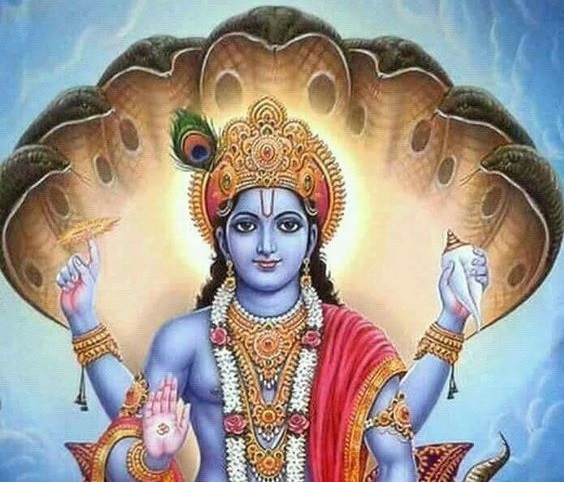 The Padmini Vishuddha Ekadashi is an important Ekadashi thithi that occurs once in three years as it falls on the 11th day of Shukla Paksha, waxing Moon phase, in the Adhik Maas or Malamaas. The Adhik Maas is an extra month or leaped month which occurs every 3 years, as per the Hindu calendar. This means the Hindu year with have 13 months, instead of 12. The Padmini Vishuddha Ekadashi falls during July- August as per Gregorian calendar is also known as Shukla Paksha Adhik Maas Ekadashi. It is a very significant Ekadashi to observe fast and to appease Lord Vishnu or Purushottam on this day for fulfilment of worldly desires. The next Padmini Ekadashi is in 2023.

The fast must be broken after sunrise the next day of Ekadashi. It is to be noted that one should break the fast (Parana) within Dwadashi Tithi. Dwadashi ends at 10:34 AM on 30th July, 2023. Another important consideration is that one must not break the fast during Hari Vasara which is the fourth duration of Dwadashi. The best time to break the fast is pratah kala (morning).

What to do on Padmini Vishuddha Ekadashi

The story or Vrat Katha of Padmini Vishuddha Ekadashi is about a King named Kirtvirya of Mahismati kingdom, in the Treta Yug. He was known as a good King and was popular among his subjects. He had 100 wives, but he did not have any offspring. This made King Kirtvirya extremely unhappy, pained and he wondered how he would be left childless and his throne would be left without a successor. King Kirtvirya had performed the most powerful Yajnas for fulfilment of his desire of an offspring, a son, but there was no desired outcome.

King Kritvirya along with his first wife Queen Padmini decided to go through austerities together and went to the seclusion of a forest. The King and Queen went through the most severe austerities for several years, but again, there was no result. Queen Padmini felt overwhelmed, to see her husband sad and worried. Queen Padmini met Anasuya Devi(Goddess) once, who on hearing the Queen's story, advised her to observe the fast on the Shukla Paksha of the Adhik Maas/Mal Maas to get the desired blessing. Devi Anasuya explained the Vrat Vidhi and asked her to follow it with dedication.

Queen Padmini observed the Padmini Vishuddha Ekadashi Vrat with devotion and followed all the rules. This pleased Lord Narayan/Vishnu and He asked the Queen to ask for a boon. But Queen Padmini reverently told Vishnuji that her boon be passed on to her husband, King Kirtvirya. The King asked for a son who would be endowed with the best qualities that a man can have and be the loved and admired in the three worlds and be undefeatable by anyone except Lord Vishnu. The King's boon was granted and a son was born to him who was exactly what he had wanted in a son. Their son was called Kartavirya Arjuna, grew up to be a valiant and powerful King who is said to have once captured the mighty demon King of Lanka, King Ravana. The name of this Ekadashi is kept on the name of Queen Padmini.

The Padmini Vishuddha Ekadashi Vrat Vidhi is said to have been specified by Lord Krishna to King Yudhishthira(eldest of Pandava brothers). As per the rules, devotees should have only one meal on Dashami(the day before Ekadashi) and eat before sunset. It is advised to talk minimum while observing the Vrat, spend maximum time in service of Lord Purushottam. Do not eat or cook in Bell Metal. Devotees should consume 'satvik' food. Some of the food items which are not allowed to eat include, non vegetarian food, onion, garlic, salt, urad dal(black lentil), rice, spinach, chickpeas, red lentil/massor dal, honey etc. The Padmini Vishuddha Ekadashi Vrat starts from early morning on Ekadashi day and lasts till next day, Dwadashi, Prana time, when the fast can be broken.

There are rules of as per the Vrat Vidhi, includes taking bath on Ekadashi, with a special mix of mud, Cow dung, Sesame seeds, Kusha grass and Amlaki powder, for purification, by praying to Mother Earth and Lord Vishnu. However, this may not be possible for devotees in current time. Take bath with the intention of purification of body, mind and soul.

On Padmini Vishuddha Ekadashi, the presiding Deity Lord Purushottam or Vishnu. As per the ancient texts, Lord Krishna-Radharanijee and Lord Shiva-Parvatijee, images/idols are specially worshipped.

Tulsi leaves are very important for worshipping Lord Vishnu as they are His favourite.