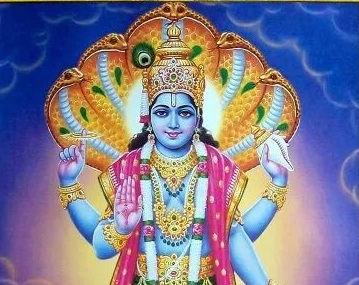 The next Parama Shuddha Ekadashi is in 2023.

The fast must be broken after sunrise the next day of Ekadashi. It is to be noted that one should break the fast (Parana) within Dwadashi Tithi. Dwadashi ends at 08:19 AM AM on 13th August, 2023. Another important consideration is that one must not break the fast during Hari Vasara which is the fourth duration of Dwadashi. The best time to break the fast is pratah kala (morning).

The Parama Shuddha Ekadashi is one of the Adhik Mass or Mala Maas Ekadashi, which comes once in 3 years. This Adhik Maas Krishna Paksha Ekadashi is dear to Lord Vishnu, to whom all Ekadashi Vrat observance is dedicated. Observing Parama Shuddha Ekadashi Vrat alleviates poverty, brings prosperity and wealth. It dissolves past sins of the devotees and brings salvation and a place at the Lotus feet of Lord Vishnu, in Vaikuntha. Lord Krishna had explained to King Yudhishthira that the Adhik Maas is as best as the Cow in animals, Brahmin among humans. Observing the Parama Shuddha Vrat is equivalent to the merits that is earned by visiting all pilgrim places and observing all the Vrat/fasts of the year. As mentioned in the Vrat Katha, Raja Harishchandra too had observed this auspicious Vrat and got back his kingdom, wife, child and lost glory. Sincerely observing Parama Shuddha Ekadashi Vrat bestows peace, all round happiness, spiritual advancement, increased awareness, material abundance and much more than the devotees expect.

The story of Padma Shuddha Ekadashi was narrated to Maharaj Yudhishthira by Lord Krishna, when the King wanted to know about the Ekadashi which falls in Krishna Paksha of Adhik Maas/Mala Maas. Shri Krishna specified that both the Adhik Maas Ekadashi are blessed and after mentioning the merits of this Ekadashi, He narrated the Vrat Katha.

In the kingdom of Kampilya, lived a humble and pious Brahmin, named Sumedha with his dutiful and pure of heart wife, Pavitra. They were very poor, but any guests who came to their house was treated with respect and were served whatever best food Pavitra could offer to them. Many a times Pavitra had to go starving as she sacrificed her share of food for the guests. Sumedha was sad and worried because of his impoverished state. He told his wife that he wanted to travel to other kingdoms in search of work and earn money and get relief from poverty. Sumedha asked his wife for permission to leave as in Kampilya even though he begged from some of rich families, they never donated well and so they were constantly in a financial strife.

Pavitra, told Sumedha that they may have committed some unforgivable sins in previous births because of which they were suffering financially. She explained that by grace of God whatever money Sumedha is due to get in this life will come to him in Kampilya itself and going to other cities in search of job/earning will be futile. Sumedha was convinced.

Once Rishi Koundilya, a well known Sage, came as a guest to Sumedha's house. Pavitra was the perfect host and did whatever she could to make the Sage comfortable. Pleased with their hospitality. Pavitra asked the Sage for a solution to overcome their poverty stricken condition. Rishi Koundilya advised them to observe a fast/Vrat on the Krishna Paksha Ekadashi of Adhik Maas, Parama Ekadashi. He explained that observing the Vrat on the auspicious Parama Ekadashi removes poverty and the sins of all past and present life are cleansed. Rishi Koundilya added that Lord Kuber, observed this Ekadashi Vrat and was conferred the position of the treasurer of wealth of the Heavenly realm.

On Parama Ekadashi, Sumedha and Pavitra observed fast with sincerity and devotion to Lord Purushottam(Vishnu). Soon after, a Prince visited Kampilya and surprisingly gave Sumeda wealth, a good house, money for living, which made the life of the humble Brahmin and his wife, flourish. Thus by observing the Parama Ekadashi Vrat their poverty state was eliminated miraculously.

What to do on Parama Shuddha Ekadashi

The Parama Shuddha Ekadashi Vrat Vidhi is said to have been specified by Lord Krishna to King Yudhishthira(eldest of Pandava brothers). As per the rules, devotees should have only one meal on Dashami(the day before Ekadashi) and eat before sunset. It is advised to talk minimum while observing the Vrat, spend maximum time in service of Lord Purushottam. Do not eat or cook in Bell Metal. Devotees should consume 'sattvik' food. Some of the food items which are not allowed to eat include, non vegetarian food, onion, garlic, salt, urad dal(black lentil), rice, spinach, chickpeas, red lentil/masoor dal, honey etc.

The Parama Shuddha Ekadashi Vrat starts from early morning on Ekadashi day and lasts till next day, Dwadashi, Prana time, when the fast can be broken. As per ancient texts, charity/ donations of grains, spiritual books, fruit, is auspicious and brings extra blessings of Lord Purushottam.

On Parama Shuddha Ekadashi, the presiding Deity Lord Purushottam or Vishnu is worshipped.

The Parama Shuddha Ekadashi brings benevolent grace of the Lord Vishnu/Purushottam which is desirable for all devotees. Parama Shuddha Ekadashi is an important and auspicious day as it falls in the Mala Maas or Adhik Maas. The Puja performed on this day brings prosperity, good fortune, peace, good health, success, good luck, material contentment, worldly and spiritual pleasures, righteous living, harmonious relationships among family members, joy, abundance and invincible protection of Divine.