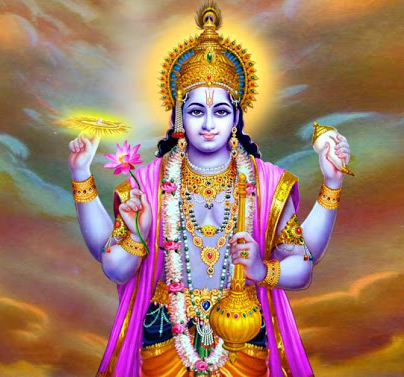 The fast must be broken after sunrise the next day of Ekadashi. It is to be noted that one should break the fast (Parana) within Dwadashi Tithi. Dwadashi ends at 12:05 PM on 8th September. Another important consideration is that one must not break the fast during Hari Vasara which is the fourth duration of Dwadashi. The best time to break the fast is pratah kala (morning).

The Parsva Ekadashi is considered more important as it falls during the phase of Chaturmas, when Lord Vishnu sleeps. As per mythological stories, on this day, Lord Vishnu takes a turn from His left side to His right side, which gives this Ekadashi the name Parsva Ekadashi or Parivartini Ekadashi. This is a very suitable period for austerities, observing fasts, meditation and other religious rituals. It is a time to remain in faith, enhance devotion and gives an opportunity to be in service of Lord Vishnu and other Divine beings.

What to do on Parsva Ekadashi

The auspicious Parsva or Parivartini Ekadashi is a day when everyone who can should observe fast or Vrat for earning the merits. After taking a bath early morning, the devotee should take the Sankalp of fasting through the day till next morning when the tithi of breaking the fast is appropriate.

Worship Lord Vamana/Vishnu as per the prescribed rituals. Chant Mantras, sing praises, and serve Lord Vamana through the day. Remain in a spiritual mode and be calm.

Remain awake throughout the night, in full consciousness as sleeping on Ekadashi night is not allowed if the Parsva Ekadashi Vrat is observed.

Charity and donations made on Parsva Ekadashi is believed to be good for the devotee.

The Parsva Ekadashi Vrat Katha had been narrated by Lord Krishna to Prince Yudhishthira(eldest Pandava brother) when he wanted to know about the Shukla Paksha Ekadashi in the Bhadrapada month, from the Lord.

Bali was a demon King but was religious and spiritual minded. He was a devotee of Lord Vishnu, performed many Yajnas, was kind and did charity to the needy, Brahmins and was very caring to the Cows. Because of his spiritual behaviour and religious practices, he had earned merits which made him very powerful. However, due to some conflict with King Indra(the King of the Heavenly realm), King Bali raged war with Lord Indra and won. He became the ruler of Heaven and made all the Demi Gods powerless. Bali also extended his supremacy over Earth and Patal lok(Netherworld). The Demi Gods along with King Indra approached Lord Vishnu and humbly asked for an immediate solution. Hearing their plight Lord Vishnu assured them of a solution and decided to appear in the Vamana Avatar, the dwarf Brahmin manifestation.

King Bali was performing the Ashwamedha Yajna. Lord Vishnu as Lord Vamana reached King Bali's Yajna and asked King Bali for donation. Seeing the dwarf Brahmin, with a youthful appearance King Bali under estimated Him. Bali told Lord Vamana to ask for anything and he would be given that. Lord Vamana told Bali that He wants only that much land which His three steps can cover. King Bali smiled and immediately said yes.

The moment Bali agreed, the dwarf Lord Vamana grew to a gigantic size and with His first step He covered the whole of Heaven and the second step covered the whole of Earth. By this time King Bali understood that the youthful dwarf Brahmin was no one else but Lord Hari/Vishnu. Lord Vamana now asked Bali, where He should place His third step as Heaven and Earth were already covered. With devotion and reverence King Bali offered his head and asked Lord Vamana to put His Lotus feet on his head. Lord Vamana placed His third step on King Bali's head and pushed him to Patal lok(Netherworld). King Bali was clearly taught a lesson by Lord Vamana. Later King Bali asked all the Demi Gods, Lord Indra to forgive him for his behaviour and deeds. Pleased, Lord Vishnu promised King Bali that He would always be present in the dwelling of the King.

As per the story, King Bali established an idol of Lord Vamana on the auspicious day of Parsva/Parivartini Ekadashi.

The procedure or Vrat Vidhi of Parsva Ekadashi is important to follow in detail for optimum outcome.

The Parsva or Parivartini Ekadashi falls during the Chaturmas period, which is considered special. So, devotees should worship Lord Vamana/Vishnu sincerely and follow the Parsva Ekadashi Puja Vidhi.