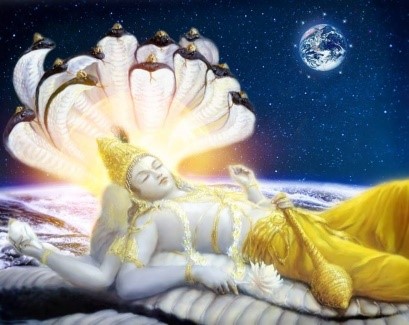 Rama Ekadashi falls on the 11th day of Krishna Paksha, the dark phase of Moon, in the month of Kartik, as per Hindu Calendar, which is October-November by Gregorian Calendar. This Ekadashi is very important as it comes approximately 4 days before the festival of Diwali. Rama Ekadashi is also known as Kartik Krishna Ekadashi. Goddess Laxmi, the Goddess of wealth and good fortune, consort of Lord Vishnu is also known as Rama, and this Ekadashi is named after the Divine Goddess. On Rama Ekadashi, along with Lord Vishnu, Goddess Laxmi is also worshipped. Observing the Rama Ekadashi Vrat is highly beneficial both materially and spiritually for the devotees.

The fast must be broken after sunrise the next day of Ekadashi. It is to be noted that one should break the fast (Parana) within Dwadashi Tithi. Dwadashi ends at 06:02 PM on 22nd October. Another important consideration is that one must not break the fast during Hari Vasara which is the fourth duration of Dwadashi. The best time to break the fast is pratah kala (morning).

Out of the 24 Ekadashis in a year, Rama Ekadashi or Kartik Krishna Ekadashi is an important Ekadashi and fasting on Rama Ekadashi is highly meritorious. It is equivalent to the fruits earned by performing hundred Rajasuya Yajna and one thousand Ashwamedh Yanjas, which are considered powerful Yajnas. Rama Ekadashi Vrat pleases Lord Vishnu/Damodara/Krishna. Rama Ekadashi is also significant for worshipping Goddess Laxmi as this Ekadashi comes just before Diwali and is considered one of the best days to worship Goddess Laxmi for Her abundant blessings. As per the ancient texts, observing the Rama Ekadashi Vrat brings prosperity, wealth, good fortune, happy family life, absolves sins of present and past lives of the devotee and helps to get a place at the Lotus feet of Lord Vishnu, in His abode at Vaikuntha. The austerities followed on this day are richly rewarded by Divine.

What to do on Rama Ekadashi

The auspicious day of Rama Ekadashi should be spent in a spiritual mode. After having a bath early in the morning, the devotee should intend and take Sankalpa of observing the Rama Ekadashi Vrat/fast. Worship Lord Damodara/Vishnu by lighting a Ghee Diya(lamp) in the Puja Alter/room, offering fresh flowers, Tulsi dal, sweets and Bhog. Devotees perform Abhishek of Shaligram Shila, if they have one at home on this day. Visit temples of Lord Vishnu or Krishna. Goddess Laxmi and Tulsiji is also worshipped on Ekadashi. The day should be spent in a spiritual mode, chanting Lord Vishnu Mantras, singing praises, reading holy books like the Bhagawat Geeta etc., and reading or hearing the Rama Ekadashi Vrat Katha, which is a part of the Vrat Vidhi. The devotee should not sleep during the day and stay awake in full consciousness at night, immersed in Lord Damodara's service. Charity and donations done on Ekadashi bring benevolent outcome.

Once there was a King named Muchukunda, who was a great devotee of Lord Vishnu and used to strictly observe fast on every Ekadashi. King Muchkunda was a kind King and he had set the rule for all his subjects to observe the Ekadashi Vrat. He had a beautiful daughter named Chandrabhaga, who like her father was devotee of Lord Vishnu. King Muchukunda gave his daughter Chandrabhaga's hand in marriage to Prince Shobana, the son of King Chandrasena. However, Shobana was physically weak and could not bear hunger. When Shobana visited his father-in-law's kingdom after marriage, it was just before Rama Ekadhashi. Knowing that her husband was of a weak constitution and will not be able to fast for the whole day and night, Chandrabhaga gave him the option to go to another city for Rama Ekadashi day and come back later, or observe the Rama Ekadashi Vrat. She explained to Shobana that her father would not exempt him from fasting as even the Elephants and Horses were not allowed to eat on Ekadashi. Chandrabhaga asked her husband to make a choice.

Shobana chose to observe the Rama Ekadashi Vrat rather than leave his wife and go to another kingdom, saying he is willing to go along with his fate. As the Rama Ekadashi day progressed it became more and more difficult for Shobana to tolerate his hunger but Chandrabhaga was helpless. By midnight Shobana succumbed to death as his weak body could not tolerate the austerity.

After his death, Prince Shobana was given a kingdom on Mandarachala Mountain because he had expired while observing the Rama Ekadashi Vrat and had accumulated the merits of the Vrat. His Palace was like that of a Demi Gods or Devas, extremely beautiful, encrusted with precious gems and grand. He was entertained by the Gandarvas and Apsaras, while he sat on his throne.

A Brahmin from King Muchukunda's kingdom during a spiritual journey, chanced upon Shobana, sitting in his grand Palace. King Shobana received the Brahmin with respect and extended his hospitality. Later, King Shobana enquired about the well being of his wife, King Muchukunda and the kingdom. The Brahmin told him that everyone was well and hearty and then expressed his desire to know how Shobana became the ruler of such a huge and beautiful kingdom. King Shobana explained to the good Brahmin that the kingdom was given to him for the merits he had earned by observing the Rama Ekadashi. He further went on to say that his kingdom was temporary and would vanish as he had not observed the Rama Ekadashi Vrat willingly, and was forced to, due to the rules of his father-in-law for Ekadashi Vrat. He requested the Brahmin to convey the message to his wife, and ask her what can be done to make his kingdom permanent.

On returning back to King Muchukunda's kingdom, the Brahmin met Chandrabhaga and narrated the story of her husband King Shobana and the request for help from him. Chandrabhaga immediately told the Brahmin to take her to her deceased husband and reunite them. She said that she has been observing every Ekadashi Vrat sincerely from childhood, and she has accumulated merits which she was willing to give to her husband so that his kingdom becomes permanent and does not vanish.

The pious Brahmin along with Chandrabhaga set out on the journey. They stopped at the base of Mount Mandaracala, to meet Vamadeva, a great Rishi, who chanted Vedic Mantras and sprinkled the holy water on Chandrabhaga. This made the body of Chandrabhaga transcendental and she could easily and happily reach her husband's Palace. King Shobana was extremely happy to see her and so was she to see and reunite with him. As intended, Chandrabhaga transferred all the fruits and merits she has earned by observing Ekadashi Vrat to him, which made his Palace and kingdom permanent and it thrived till the end of time. King Shobana and Chandrabhaga liked a peaceful, happy life.

The Vrat Vidhi of Rama Ekadashi should be followed perfectly for successful completion of the Vrat. Keeping a complete fast, Nirjala Vrat, without drinking water or food is the best form of fasting on Rama Ekadashi. Popularly devotees keep partial fast by drinking water but abstaining from eating anything till the next day morning. However, devotees should be aware of what their body and health and fast accordingly.

Rama Ekadashi comes just before Diwali and it is said that Rama Ekadashi is the most propitious day to worship Goddess Laxmi, the consort of Lord Vishnu and Goddess of wealth, prosperity, good fortune and abundance, along with Lord Damodara/Vishnu. From this day onwards the worship of Goddess Laxmi starts and continues through the days Diwali festival. Goddess Laxmi is also called Rama, from which this Ekadashi gets its name.

Observing Rama Vrat pleases Lord Damodara/Krishna(Vishnu), who is the presiding Deity of Rama Ekadashi. It also brings the blessings of Goddess Laxmi.

Rama Vrat when observed with sincerity and devotion dissolves sins of the devotee.

The Rama Ekadashi Vrat offers an opportunity for the devotee to focus only on Lord Damodara , chant and sing His praises which helps to garner the blessings of the Lord and adds to the fruits earned by the devotee in his/her spiritual journey.

Observing Rama Vrat helps to remove Pitru Dosha. The ancestors of the devotee bless him/her and they progress to a higher realm.

Observing Rama Vrat and other Ekadashi Vrat ensures Moksha and a place at the Lotus feet of Lord Vishnu.

Rama Vrat helps to fulfill material and spiritual desires of the devotee.