What is Akshata, Uses & its Importance

» Hindu Puja, Meditation Accessories » What is Akshata, Uses & its Importance

What is the significance of Akshata in rituals? 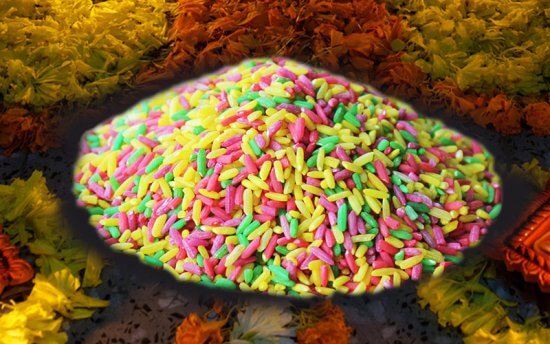 The word Akshata has been derived from Sanskrit word ‘Akshat’ which means “whole”. Akshata means whole grain rice. It is usually mixed with Kumkum and other colour powders and then used in puja rituals. In every Hindu puja, Akshata plays an important role. It is believed that Akshata has the ability to attract the vibrations of five prime deities namely Goddess Durga, Lord Shiva, Lord Ganesha, Lord Shri Krishna and Sri Ram. Akshata retains the Shakti and Chaitanya of the puja ritual. When offered to deities or Yantras they absorb the frequency of the idol, mantra and yantra and all other Sattvic principals present during the ritual.

How to make Akshat for Puja? 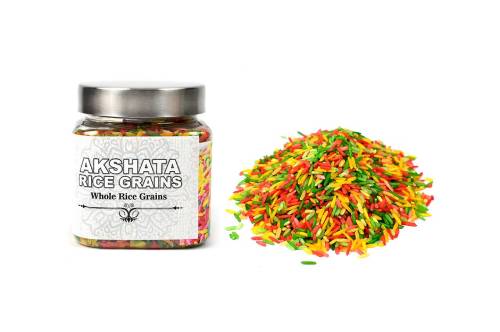 Buy Akshata Rice Grains that can be used for various Puja rituals. The colored rice grains have the power to attract the vibrations of the deities that you are worshipping in the Puja. The unbroken rice grains are very auspicious and symbolize the importance of wholeness in Hinduism. The Akshata rice is known to be the best form of offering that a devotee can make during Puja. Using the Akshat during any religious rituals is considered to bring prosperity and wealth. 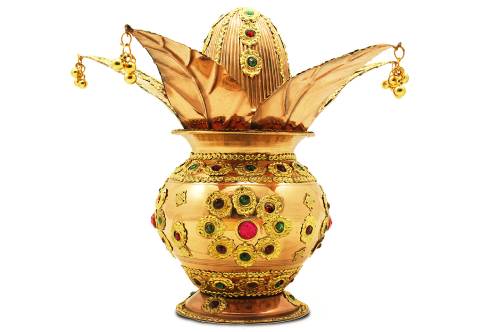 Ornate Kalash made of copper is an essential during daily Puja and this one comes with a copper coconut and leaves as well. The complete set is perfect to be used every day in your Puja. It can also be used during auspicious events like weddings, housewarming ceremonies and other traditional rituals. The Kalash is studded with lovely stones that beautify the look of the entire set while the handmade zari and glass work give it a wonderful touch. 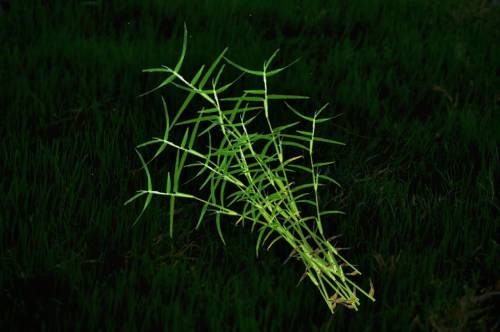 Durva is the most auspicious offering made to Lord Ganesha. Get the freshest Durva grass at your doorstep and use it during Puja or as an offering to the deity at the temple. The three blades of Durva represent the principles of Shiva, Shakti and Ganesha making it an important part of the Puja while praying to Lord Ganesha. This item consists of a set of 3 bundles of Durva. The size of the Durva may vary depending on the availability. 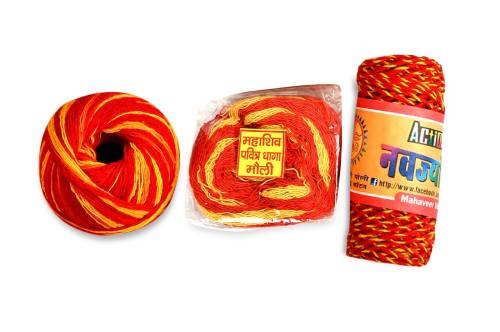 Raksha Sutra – Holy Mauli is a cotton thread used during Puja rituals and tied on the wrist after taking sankalpa or before beginning the puja. This signifies conviction and is a reminder of doing good deeds. It symbolizes our connection with God and protects the wearer from evil eye. This moli thread is available in a set of 3 and set of 12. The high quality cotton thread is long lasting as well as strong and useful for various religious rituals.

What is Akshata in Puja?

Akshata is known to attract the vibrations of the prime deities and thus, using it in puja helps increase the power of the rituals. It is the best form of offering that a devotee can make during the puja. It is equivalent to offering flowers as it has the energy to absorb, retain and emit the Chaitanya (cosmic consciousness) for a long period.

Importance of Akshata in Wedding:

Akshata symbolizes fertility, bounty and prosperity and that is why it is used in weddings. It is usually sprinkled over the bride and groom during the marriage rituals to bless them. The Akshata has the ability to attract the principles of deities and when the Akshata touches the heads of the bride and the groom, it fills the couple’s marital life with happiness.

Why is it important to use whole grains of rice in Akshata? 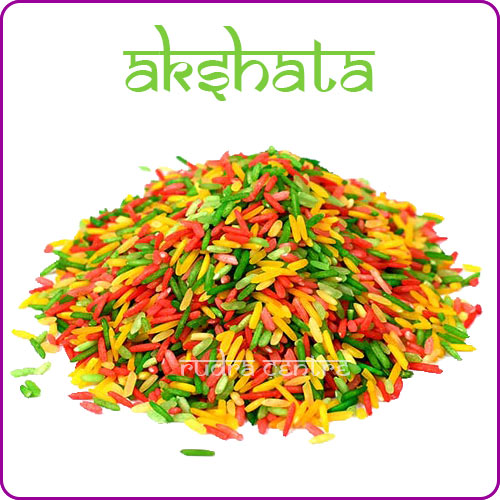 Use Akshata in following ways:

There are two types of Akshatas i.e. White and Red that are offered to different deities. White Akshata is offered to Lord Vishnu (Satyanarayana) and Lord Shiva as it has the saviour energy also known as Tarak Shakti. The Red Akshata is used while worshipping Lord Ganesha and other deities and it has a destroyer or Marak energy. The Akshata is widely used in various Hindu rituals like pujas, ceremonies and other auspicious events.