Thaipusam Meaning | What is Thaipusam? 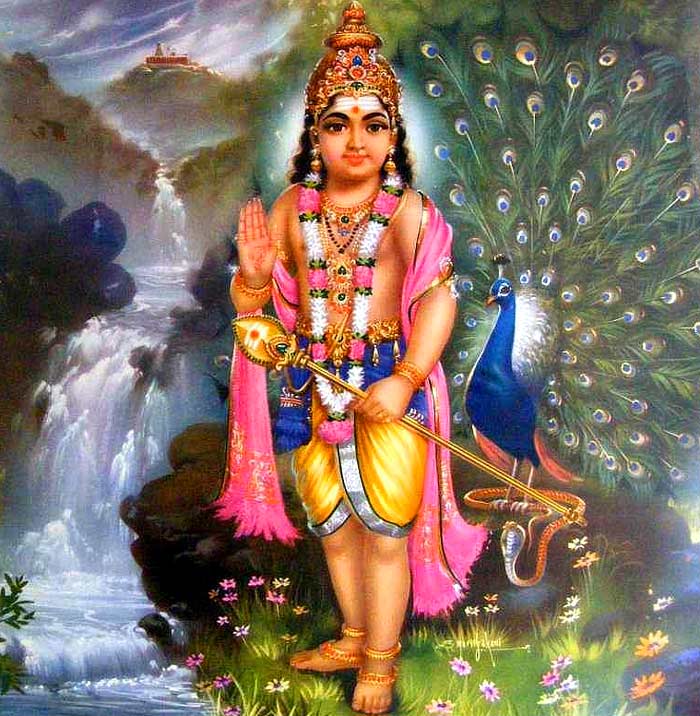 Thaipusam, Thaipoosam or Thaipooyam is celebrated by the Tamils and Keralites on a full moon day in the month of Thai. It is basically a thanksgiving ceremony associated with Lord Murugan, the Lord of war. The day is also associated with penance. It is called the ‘festival of the tenth moon’ since Thaipusam breaks down to ‘Thai’, meaning ‘ten’ and ‘Pusam’, meaning ‘full moon day’ or ‘Purnima.’ It is a combination of the name of the month, ‘Thai’ and ‘Pusam’, a star.The festival is observed to commemorate a battle between Soorapadman, an Asura and the Devas. Maa Parvati had handed over a spear to Lord Murugan to destroy Soorapadam and his brothers Tarakasura and Simhamukha. Devotees pray to Lord Murugan to overcome their obstacles since he is the vanquisher of evil forces. On Thaipusam, a state holiday is observed in Tamil Nadu. Lord Murugan is an embodiment of Shiva's light and wisdom. He has been mentioned in the Skanda Puranas and Atharvaveda. Lord Murugan was fighting an Asura named Soopradaman and his brothers Tarakasura and Simhamukha. They had managed to take over all three realms or Lokas which are Heaven (Swarg Lok), Earth (Bhu Lok), and Hell (Pataal Lok). The Devas could not resist the onslaught of the Asura forces. It was a grave situation since Soopradaman had held many Devas as hostages. The Devas approached Lord Shiva and requested to assign them a warrior under whose heroic leadership they would achieve victory over the Asuras. Lord Shiva granted their request in the form of the mighty warrior, Skanda, who assumed the leadership of the celestial forces and defeated the Asuras. Lord Murugan defeated the Asuras and restored peace and tranquillity in the universe. 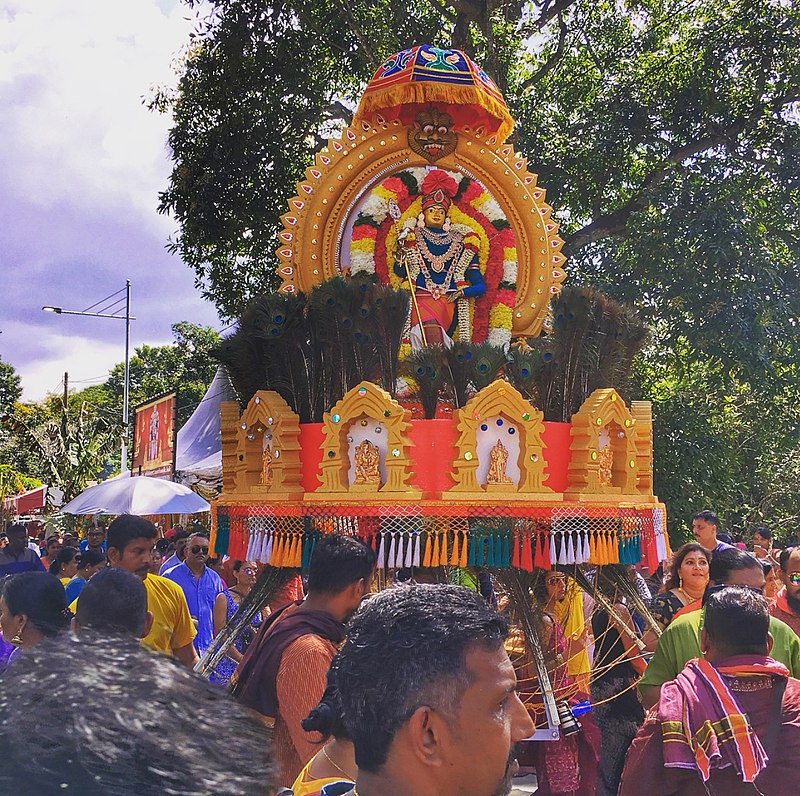 Kavadi Attam is performed during the festival of Thaipusam in honour of Lord Murugan. It is a ceremonial act through dance, food offerings and self-mortification.‘Kavadi’ is a symbol of Lord Murugan’s vehicle. It is a semi-circular canopy with a wooden rod which the pilgrims carry on their shoulders to the temple. Devotees take a bath, offer prayers, follow a vegetarian diet and fast before the Thaipusam. Yellow and orange-coloured fruits and flowers are offered to Lord Murugan since these two colours are believed to be his favourite. A bamboo stick adorned with cloth and peacock feathers with two pots are tied at either end.

The kavadi-bearers observe celibacy and consume satvik food while remembering the Lord. Devotees shave their heads and undertake a pilgrimage while engaging in various acts of devotion. The pilgrimage entails carrying a pot of milk, mortification of the flesh by piercing the tongue or cheeks with vel skewers. Some of the devotees pierce their tongues or cheeks with a small spear. This is done to impede speech and concentrate on the Lord. This practice is also performed by the Nagarathar community at Pazhani in Tamil Nadu. Known as Nagarathar Kavadi. It is believed that worshipping Lord Murugan attracts a good physical and mental health and clears off karmic debts.

Where is Thaipusam celebrated? Thaipusam is also celebrated in Tamil Nadu, Sri Lanka, Malaysia, Mauritius, Canada, Singapore, South Africa, U.S., Indonesia, Reunion Island, Thailand, Myanmar, Trinidad and Tobago, Guyana, Suriname, Jamaica and other parts of the Caribbean whereas Tamil & Malayali diaspora are residing. A national holiday is declared in many countries such as Malaysia, Sri Lanka and Mauritius. In Tamil Nadu, a 10-day-long festival known as Brahmotsavam is celebrated at the Palani Arulmigu Dhandayuthapani Temple. Thirukalyanam, a celestial wedding, is held a day before Thaipusam. Devotees throng Meenakshi Amman temple and Meenakshi Sundareshwarar Theppotsavam at Madurai. A float festival is held at Mariammam Theppa Kulam. At Kapaleeshwarar temple at Mylapore, a three-day Theppotsavam is conducted on Thaipusam. Batu Caves temple near Kuala Lumpur in Malaysia, Nattukkottai Chettiar temple at Penang and Kallumalai Murugan temple at Perak attract over a million devotees on Thaipusam. The temple of Murugan located at Palani, is one of the sites sacred to Murugan. An ancient Siddhar and devotee of Murugan named Bogar had designed the statue of Murugan in Palani.