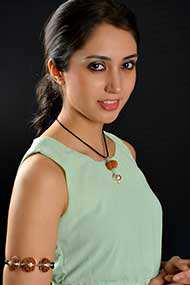 Do you know, even in those tribes and cultures indigenous to the North American continent, many men misunderstood the purpose of the \'isolation\' during menses, and convoluted the basic idea to suggest that women were tainted during this time, instead of understanding the heightened level of power and vulnerability.

If each of us is a microcosmic form of the macrocosmic Universe, then Shiva and Shakti are within each of us also, yes?

Ideally there would be a harmonious blend of both. And I can think of nothing more suited to every facet of life and development than rudraksha. For every situation and station.

It is not my personal likes or beliefs that concern me, really. And if anyone feels obligated by their culture or religious beliefs to either do or refrain from doing anything, I respect this supremely. But for those who desire to transcend superstitious \'tradition\' (any tradition that is not supported by the Scriptures), I also applaud this. (eg; why is this myth about rudraksha during menses so prevalent a misunderstanding in the world even today?)

Many years ago, I myself had been upbraided for wearing rudraksha (I was admonished that I better NOT be wearing them during menses!). To this I replied, \"In which verse of Scripture do you find this prohibition?\" The contention continued, so I terminated the attempt to argue erudite technicalities by stating,\" Before God we are all as women. The only active creative principle force in the Manifested and Unmanifested Universe is God. Go...ask your Guru if this is not absolute Truth.\"

I rarely interject on this forum - I prefer to observe and learn. There is no question or debate that rudraksha needs to be handled with reverence, re: bathing, chanting mantra, etc. I sing to my beads, and I offer songs of praise and gratitude to Shiva for this gift to mankind, don\'t I? Good thing only the intent is honoured, because my warbling leaves much to be desired....LOL. ;)

In answer to your question about me, I recognize that it facilitates our access to God if we have an incarnated form to wrap our minds around. I see Shiva in Shakti, and Shakti within Shiva --the lines of distinction are blurred for me. In those exalted moments of transcendental blissful awareness where my puny ego was temporarily dissolved, and I encountered the Presence of God/Goddess, there was no form either of my Self or otherwise. I could not have told you that any such boundaries or separation or forms really exist, for I felt they did not. Male? Female? There was only One-ness ...OM.... the All, of which I was a tiny but integral part. Of course I cannot function from that platform in every waking moment, either. But it was a divine lesson and experience. So I see people as mirrors that reflect a fragment, but try to keep in mind that this too is a limited view. In the eyes of the noble cow, I see the nurturing gentle compassion of Divine Mother; who could not appreciate the form of Shiva also? Beyond these forms, only the OM.. As biased as this sounds, I have found no culture more understanding and enlightened and respectful to others as the Hindu people. And rudraksha are a gift for ALL of us. So I cannot fathom why anyone would desire to impose limitations on the use where none exist by Divine Decree.