Why Shiva is called Mahadev

Why Shiva is called Mahadev 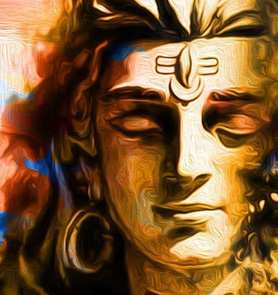 Lord Shiva in His absolute form is the basic element of all energies of the cosmos. He is known by many names such as Mahesh, Shankara, Rudra, Devendra, Trilokinatha, Trilochana, Hara and others. If there’s any name that stands right after His original name (Shiva), it is Mahadeva, made of Maha meaning great and Deva meaning demigod; the one who is greater than other gods. In the spiritual context, Lord Vishnu epitomizes Dharma, Lord Brahma represents Creations or Principles and Shiva represents Soul, the absolute element that sustains the matter. When Lord Brahma and Lord Vishnu argued over who is Supreme, Lord Shiva manifested Himself as a beam of Divine Light, asking them to find the beginning and the end. Brahma and Vishnu failing to do so accepted the position of Shiva. This beam was a giant Pillar which later became Linga (Shivalinga).

In the Vedic Philosophy, names of the gods and superhuman beings are in accordance with their qualities, modes and nature of their personality. Lord Shiva is called Mahadeva because He is worshipped by the demigods and demons.

In the Bhagvat Purana, the glory of Shiva is described. When Daksha, father of Sati, insulted and cursed Lord Shiva who did not rise to offer him (Daksha) obeisance in the arena of a thousand year Yagya (sacrifice), Shiva silently tolerated the insults. Soon, Lord Brahma made Daksha the chief of all the Prajapatis, the progenitors of population; he became very much puffed up and conducted another Yagya wherein he did not invite Lord Shiva. Sati, Shiva’s wife, was insulted by her father at the arena of a Yagya. As a result, she quit her body through her mystic powers. Upon hearing this, Lord Shiva and His followers (ghosts) attacked the entire arena and the demigods. Later, the demigods asked Lord Brahma for help.

‘Lord Brahma also advised them that Lord Shiva is so powerful that by his anger all the planets and their chief controllers can be destroyed immediately. Also, He said that Lord Shiva was especially sorry because he had recently lost his dear wife and was also very much afflicted by the unkind words of Daksha. Under the circumstances, Lord Brahma suggested, it would behoove them to go at once and beg his pardon.’

It is said in the verse that Lord Shiva is so powerful that the entire cosmos, planets and other manifestations can be destroyed at once by His anger. When He performs His Tandava Nritya, Cosmic Dance, to destroy the creations, none including the most powerful demigods can stop him. Therefore, Shiva is called the most merciful and the most dangerous.