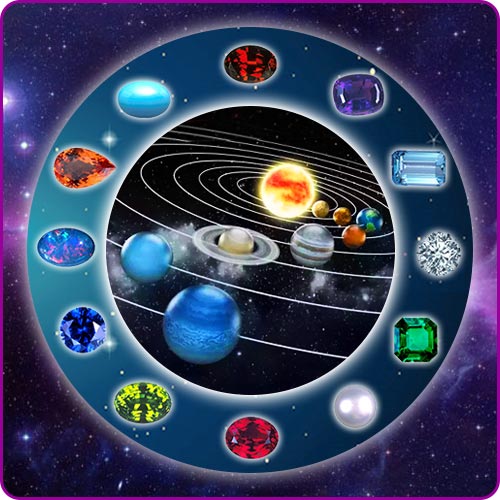 ANUKULA-VAD: A gem will act "SAME" as its planet - So gems should be chosen for Anukul (favorable) grahas - AKA known as GOODISM

PRATIKUL-VAD: A gem will act "OPPOSITE" of its planet - So gems should be chosen for Pratikul (unfavorable) grahas - AKA known as BADISM

Pratikul Planet is a gem choosing method for overcoming a weak or evil planet, based on the misconception that a 'pratikul' (inauspicious) planet is strengthened by wearing it's gem and thereby it changes from being inauspicious (pratikul) to become auspicious (anukul).

Anukul Planet is a gem choosing method for resorting to or harnessing one's auspicious (Anukul) planet(s) (exalted, mulatrikona, own sign, benefic, great friend, good house, owner of good house, etc.) based on the concept that lucky planet = lucky gem! In all Jyotish there are basically two broad categories of planetary position, viz., favorable (to the chart) (Anukul) OR unfavorable (to the chart). One should avoid their weakness and cultivate their strengths. "Ratna-anukul" means the auspicious gem of strongest most desirable planet.

Both methods believe that gems increase cosmic colors of their planets. Suppose a particular planet is not strong enough in the horoscope of a person and a person was hence suggested to wear the stone that represents that planet. The stone draws positive energy from the planet and channelises it into the body of the wearer. The planet, since then, begins to bestow its good effect on the person who then climbs the ladder of success quickly, reaps great benefits and enjoys good food. His luck will give him strong support.

If a planet is strong, still the chakra related to it is deficient due to stress, it will lose its natural frequency. Whether chakra is underactive or overactive, it loses its capacity to absorb the colour needed for vital functioning of the organs as well as for wellbeing of mind, body and senses. Giving it concentrated energy through gemstone on a consistent basis will help the chakra to restore to normalcy. A chakra will take in only the right measure of colour it needs and there is nothing called more colour. Effects of the stones can be compared with the way modern medicine works to remove the deficiency of vitamins in body. As for example green vegetables are prescribed to remove the deficiency of vitamin A and iron and basking is suggested to correct the disturbances in the level of vitamin D. Similarly stones are suggested to remove the deficiencies in the influence of particular planet. The deficiency could happen because of astrology influence or because of fears a person develops as he goes through life challenges and these deficiency shows up as Chakra blockages. After normalcy is restored, the person may continue these measures to prevent any future recurrence.

The specific studies on this matter has shown that the cosmic color spectrums emanated by the different planets, are very similar to the color spectrums of the correspondent gems.

The cosmic energy of the planet is reflected on the human body through the gem and creates an effect by absorption and reflection of the rays and vibrations.

The gem acts as a filter and passes the cosmic colour to the chakra.

Lets first understand the scriptural basis of classification of the gems and jewels.

According to Vishnu Purana and Shrimad Bhagwat Mahapurana, Bali, the grandson of Prahlad was a great king of the demons. With a resolution of dethroning Indra as the king of heaven, Bali organized a hundred Ashwamedha Yagyas. On the appeal of Indra, Lord Vishnu decided to stop the hundredth Ashwamedha Yagya of Bali and arrived there in the guise of Vamana (a dwarf Brahmin) and begged him to donate land measuring three steps. In two steps, Lord measures entire earth and heaven. Since there was not room then to put the third step, Bali offered his head for the Lord to put his third step. Thus, Lord Vishnu sent Bali direct to the Paatal & offered him to rule the Whole nether World. With the touch of the Lord's foot, Bali's earthy body converted into Gem stones.


Thus, origin of different gems and jewels is as follows:

Thus in all, eighty four different parts and constituents of the demon king MahaBali. Of them, only twenty-one are described as gems or jewels due to peculiar brilliance they possess. Of these twenty-one gems, only nine are most famous for their radiance & special powers and are hence known as Navaratna.

Thus, there are nine main gems or jewels, twelve common gems and sixty-three ordinary gems which are also known as sub-gems. The earth is the storehouse and mine of all the gems hence it is also called as Ratnagarbha (the womb of all gems).