Banalingams are extremely rare and naturally formed sacred stones worshipped as Lingam, formless form of Lord Shiva. These are most sought-after Lingams especially for Shaivites, those who worship Lord Shiva. They glow with light and display mesmerizing natural artwork of stone on its surface when a source of light is held across the other end. They are natural & Svayambhu (self-created) Lingam stone, found only in the riverbed of Narmada, prominently in Madhya Pradesh state of India.

Banalingams are very similar to Narmada Lingam, and from years traders are selling Narmada Bana lingam online and at stores stating that Narmada and Banalingam are the same, but that is not the case. In this article we shall share more information about Banalingam and explain how both Lingams despite being collected from Narmada river are different. 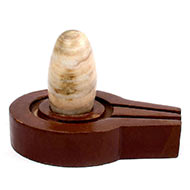 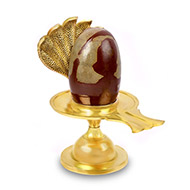 Banalingams are pure crystalline composed of cryptocrystalline quartz having semi-translucent appearance mostly found in shades of white with very few Banalingams in white with traces of brown or grey or black Banalinga. They are very strong having hardness of 7 on Mohs scale. As per researchers the Narmada Lingam stone was caused by an event which occurred a million years ago where a large meteorite crashed into Narmada river causing impregnation of rocky riversides and rocks in riverbed of Narmada. Due to the impregnation of rock there was fusion of meteorite and minerals of planet Earth resulting in formation of unique crystalline rocks having peculiar qualities. These crystalline rocks over course of years split further and assumed shape of natural Lingam (Elliptical shape) due to the course of river and the strong and forceful currents. The sacred stones are believed to carry highest frequency than any stone found on Earth.

How is Banalingam different from Narmada Lingam 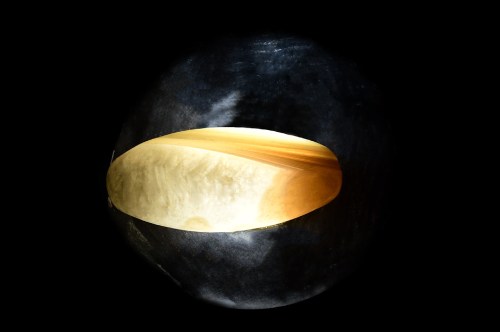 Narmada Lingam and Banalingams are Swayambhu (self-forming) formed in Narmada Lingam. Banalingam is translucent white while Narmada is opaque, found in mixed shades of brown and black. When light is placed behind the Bana Lingam, it displays vibrant and mesmerizing radiance. Banalingams are comparatively very rare as they resurface from water bed once in ten years. They are formed and lie at the very depths of Narmada river and usually do not appear; it is only when there is turbulent water or river swells up due to heavy rains, that they resurface.

Banalingam being in depths of Narmada River dwelling in its sacredness for years has rendered it to resonate Shiva Tattva in higher proportion and is closer to Him than Narmada Lingams. Like Shiva Who is absorbed deep into state of Samadhi for many years, Banalingam stays in the depths of Narmada for years beautifully personifying Shiva in Samadhi and making one feel closer to Him when worshipped upon. 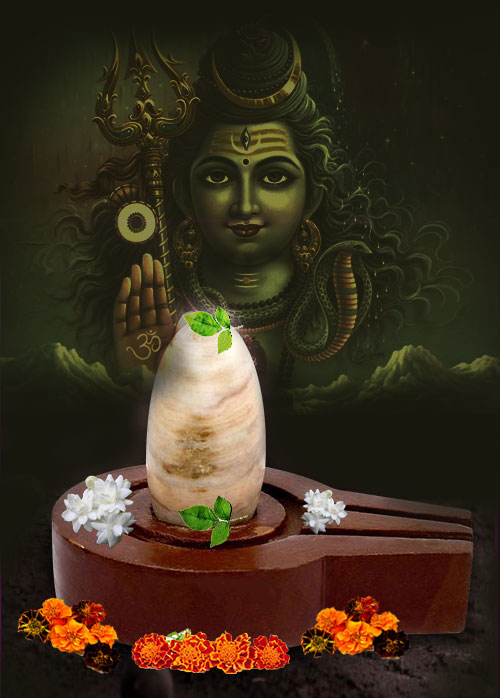 As per the scripture Yajnavalkya-Samhita, Banalingams are representation of Lord Shiva Himself. He assumed the form of Lingam on request of His adherent devotee, King Banasura to bless Him. Hence, the Lingam is revered as Banalingam. Worship of a Banalingam is believed to procure one benefits equivalent to worship of a crore Lingams. Its worship bestows one with material enjoyment and worldly success without getting attached to them.

The Brihat Vaivarta Purana describes about three kinds of Lingams which are Svayambhu (self-created) which is called Vyakta – bestower of salvation, Banalingam (collected from a certain river) which is Avyakta – giver of worldly happiness and the Sailalinga (Lingam made of stones) which is bestower of happiness and salvation. The White Banalingam from sacred Narmada river falling in all three categories makes it the highest form Lingam.

The Lingams unlike other man-made Lingams made of gemstone or metal, do not require to undergo the ritual of invocation of divine presence or consecration (Avahana or Pran Prathistha) because of divinity already residing in them. Neither they can be defiled or loose merit in any circumstance. Scriptures except for ‘Yoga Sara’ (a tantric text) which is highly tantric in nature and not suitable for householders do not mention of any specific or prescribed procedure for worship of Banalingam.

Regular and consistent worship of Banalingam involving Abhishek rituals with water and Panchamrit (mix of curd, cow milk, honey, sugar, and honey) is highly meritorious which causes the energy of Lingam to engulf the surrounding and cleanse one of past negative karmas. It also helps in activation of Kundalini energy and helps balance the seven Chakras for overall wellbeing, improved focus, and concentration. However regular worship of Banalingam is not obligatory and its presence itself blesses the surrounding with energies of harmony, prosperity, peace and protection from negative energies and removal of Vastu Dosha. As per Yoga Sara, only by thinking or remembering of Banalingam in early morning can help one attain success in any endeavor throughout day.

Banalingams are the rarest types of Narmada Lingams which create divine serenity in the surrounding through its radiant appearance and powerful energies emanating from it. Rudra Centre is the largest collector of these rare pieces that are found once or twice in a decade. We have exclusive collection of Banalingam with Yoni base carved from stone obtained from Narmada river itself.