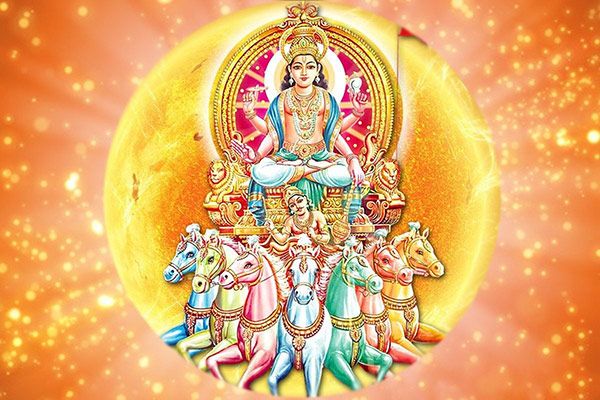 Bhanu Saptami also known as Surya Saptami, Maghi Saptami, Achala Saptami, Surya Jayanti and Ratha Saptami is observed on the seventh day of the Shukla Paksha in Magha. It is known as Surya Jayanti since it is believed that it was on this day that Surya dev illuminated the world. On this day, the devotees worship the sun in order to please him and acquire his blessings. The seventh day of the waxing lunar moon is dedicated to Surya dev. People who worship Surya are bestowed with wealth, longevity, good health and vitality. It is believed that those who observe a fast on this day get rid of physical ailments. It also alleviates sins from past and present life.

It is recommended to wake up early and take a bath before Brahma Mahurat. While taking a bath, leaves of Ixora Calotropis (aark flowers) and turmeric rice are placed on the head. Then water is poured on the head. Women draw colourful rangolis in the courtyard of their homes to welcome the auspicious rays of the sun. Observe a fast and offer Arghya to Lord Surya at the time of sunrise. It is recommended to chant Om Ghrani Suryaye Namah and Om Suryaye Namah. Prasad, flowers, and water are offered to Lord Surya. Chant mantras associated with Goddess Ganga to invoke her blessings. Place a Surya Yantra at the puja altar at home.Milk is boiled in an earthern pot and is kept facing the sun. It is said that when the milk is boiling it reaches the sun. Kheer is prepared from twelve heaps of grains and wheat. It is offered to Surya Dev in the form of prasad and donated to the Brahmins.

People who are less confident or introvert must put red flowers in the copper kalash and offer Arghya to Surya dev. People who have ill health, eyesight problems and existential fears must offer Arghya early in the morning facing the east direction. 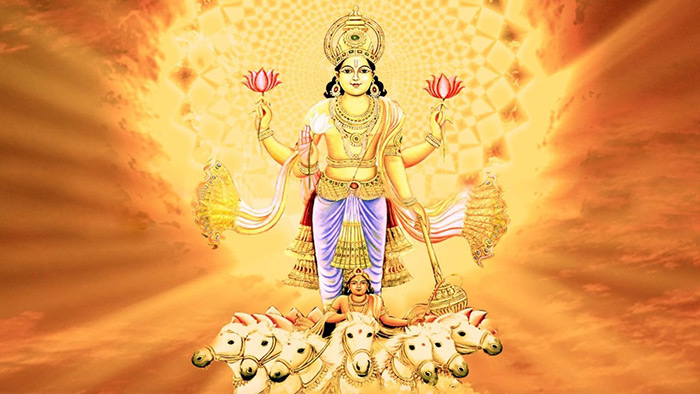 Bhanu Saptami signifies the day when Surya dev ascended on earth on a golden chariot engulfed by a sacred lotus. The seven horses which drew the chariot represent the seven rays of the sun. Aruna, a charioteer of sun shielded the earth from scorching heat. People who worship the sun and observe a Bhanu Saptami fast are blessed with sound health and good fortune. The Chandogya Upanishad describes the process of creation when the cosmic egg split into two halves, one gold and the other silver. The silver part became the earth while the golden one became the sky. The outer cover manifested as the mountains and the inner cover as snow and clouds. The arrival of the sun God induced life on earth. Surya dev lit up the world with his light for the first time on Bhanu Saptami. Hence, it is considered as the birthday of the sun. It is highly significant for devotees all over the world since it is believed that by worshipping Surya dev and observing a fast, you can get rid of all sins. Taking a bath on Bhanu Saptami before sunrise shall keep diseases at bay. Hence, it is also called Aarogya Saptami.

Once Indumati asked sage Vashishtha how to attain moksha. After listening to Indumati, Vashishtha advised her to observe a Bhanu Saptami fast. Indumati heeded the advice and became an Apsara in heaven. 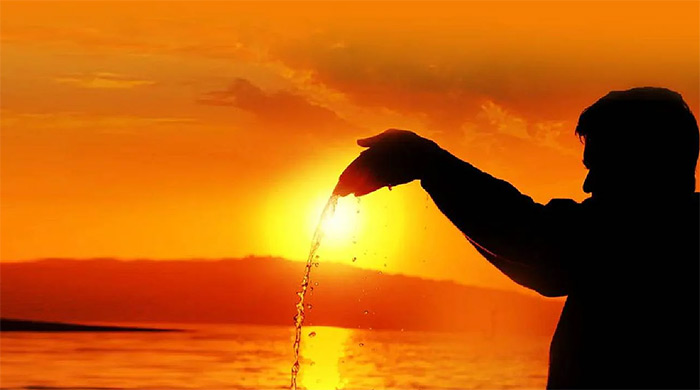 Bhanu Saptami fast commences in the morning and concludes after sunset. It is recommended to abstain from drinking water and consuming food. You can have water, milk, and fruits as a milder form of fasting. Devotees who keep a fast should not consume salt upon breaking the fast. 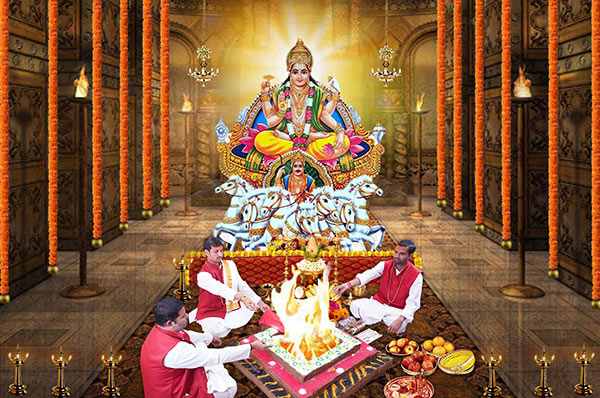 You can perform Surya Dev puja on auspicious occasion of Bhanu Saptami.