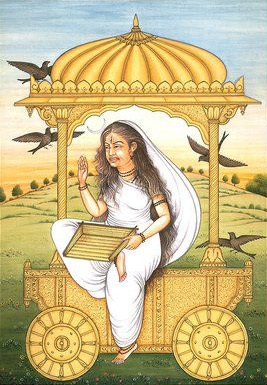 Dhumavati Jayanti (May 30, 2020 Saturday) is the day when Goddess Dhumavati is glorified and worshipped. The word ‘Dhumavati’ is made of ‘Dhuma’ meaning ‘Smoke’ and ‘vati’ meaning ‘being that’, the smoky one. She kills the demons by creating or discharging dangerous smokes from her body. She is the seventh goddess of the ten Mahavidyas or the ten great divine mothers. Dhumavati Jayanti falls on ashtami (eighth day) during Shukla Paksha in Jyeshtha month (June-July). On this day, devotees worship her for relief from distress, frustrations, miseries and mental agonies. She is associated with inauspiciousness such as diseases, poverty, misfortune and the like. Her appearance as mentioned in the scriptures is that of an old woman who is ugly, widow and associated with anything that brings bad luck or is unattractive. It is said that she rides a horseless chariot in a cremation ground.

How to celebrate: What to do on Dhumavati Jayanti? 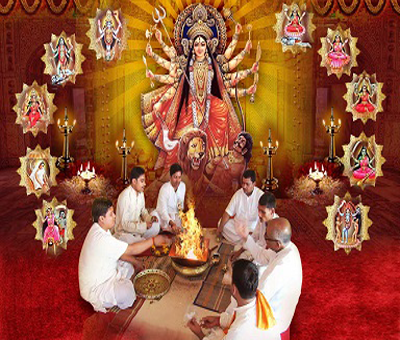 The worship of Dasmahavidya on auspicious Dhumavati Jayanti provides bhoga (fulfilment of materialistic desires) and moksha (spiritual liberation). The Ten Mahavidyas are known as Wisdom Goddesses. The "Brihat Dharma Purana" describes how the 10 forms of Goddess appeared when Lord Shiva stopped Sati from attending Yajna organised by her father Daksha Prajapati. Her anger transformed her into a terrible presence which multiplied in ten directions in the form of ten Mahavidyas. These Goddesses jointly subdued Shiva's resistance and thus Sati proceeded to attend the sacrifice ritual.

Benefits of this Puja:

Dus Mahavidya Maha Puja was performed by Rudra Centre Puja services on 30th May on the occasion of Dhumavati Jayanti. Recitation of Dusmahavidya Kavach and Strotra and chanting of the mantras of the 10 wisdom Goddesses by Vedic Brahmin priests filled the devotees with joy. This puja provides bhoga and moksha, protection, mitigates effects of karma and bestows success in personal and professional life. 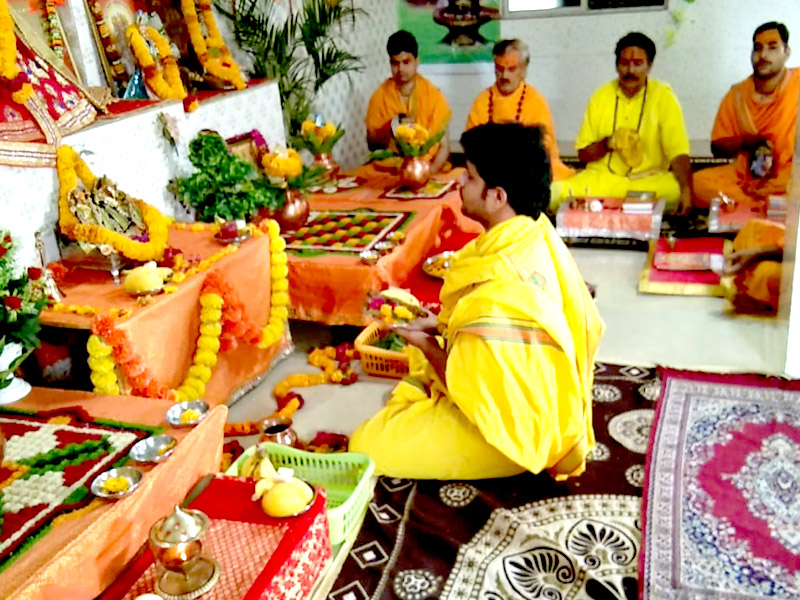 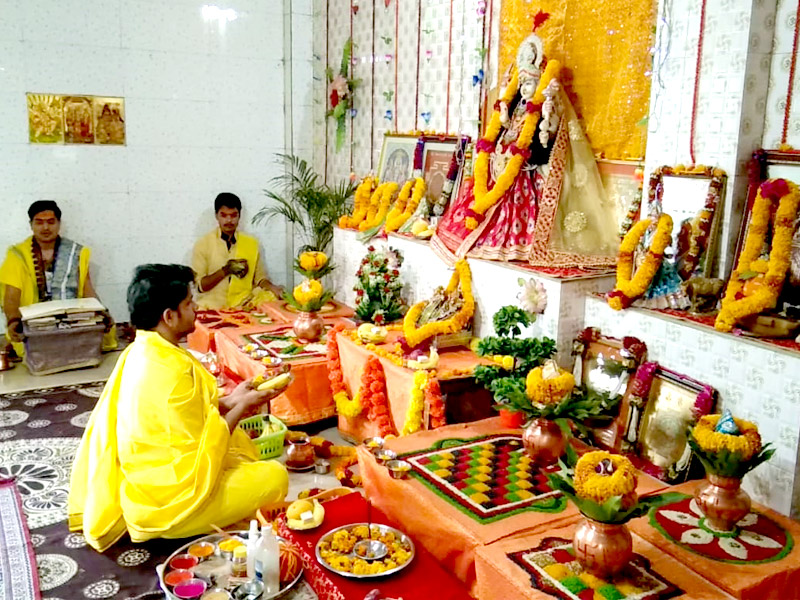 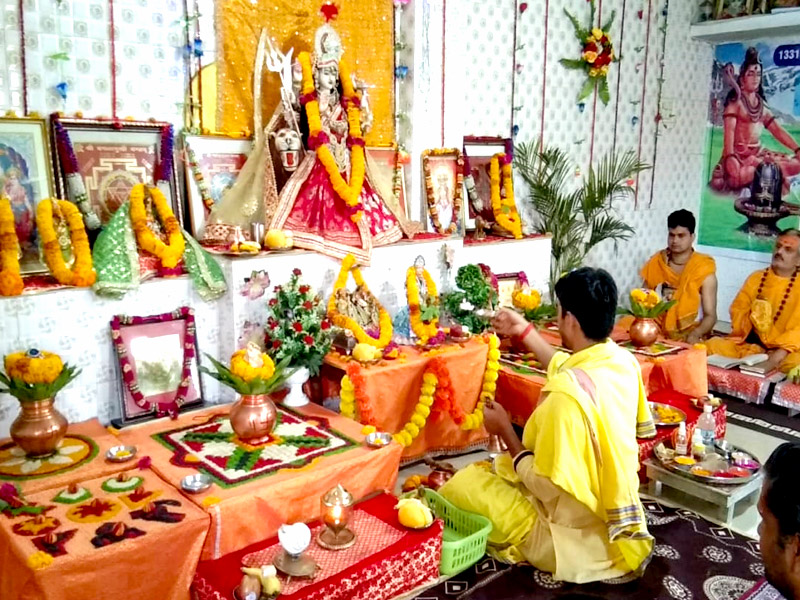 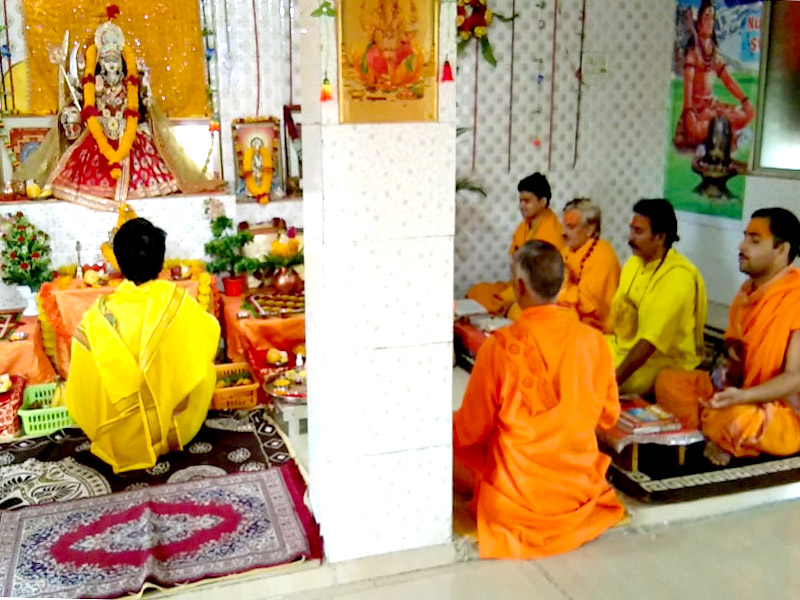 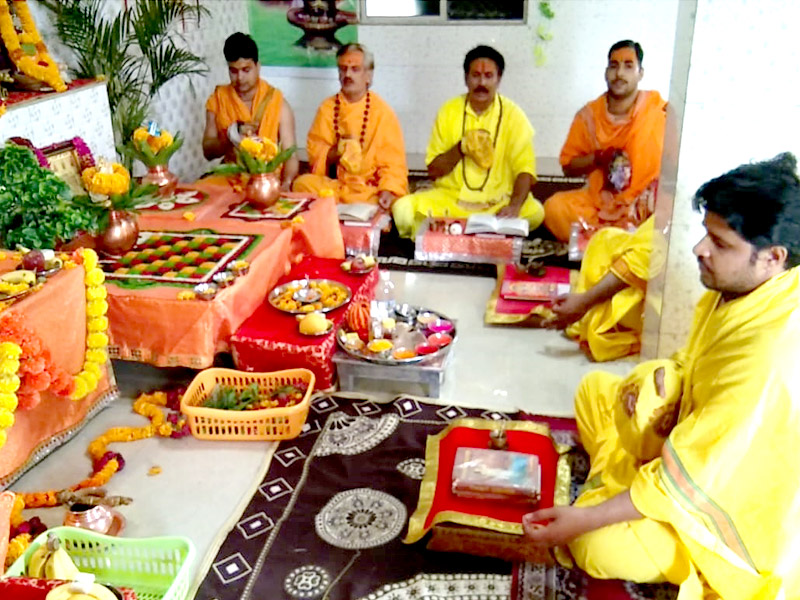 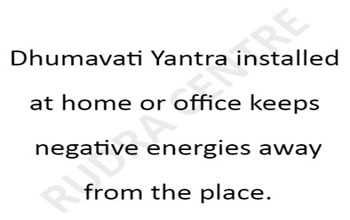 Dhumavati one of the Mahavidyas is associated with poverty, frustration, despair, disease and misery, and Alakshmi (misfortune).

Nirriti, a Vedic goddess, personifies death, degeneration, bad luck, rage, and need. There are certain mantras chanted to keep this goddess at bay. Another feature of Dhumavati includes her association with hardship, despair and dissatisfaction resulting from failure. Like wise there is another goddess by the name Jyestha who, being like Dhumavati, is dark, associated with the crow. Jyestha cannot tolerate any auspiciousness and always stays associated with quarrels, inauspicious places, and displays bad temper. Dhumavati has the characteristics of being a widow and ugliness. 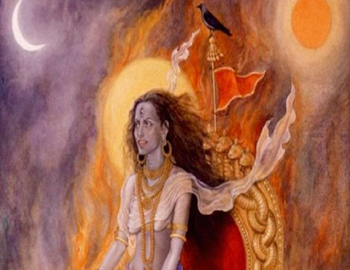 A Vedic scripture Shaktisamgama Tantra mentions a legend of Dhumavati Devi. When Sati, Shiva’s wife, found out that Her father Daksha hadn’t invited Her husband to a great fire sacrifice, she fell insulted. Despite Shiva’s protests, She went to the assembly where renowned personalities of heaven, sages and saints had come for the sacrifice. Daksha aware of his daughter’s presence didn’t pay attention and offer hospitality to her. Feeling humiliated and furious, she committed suicide by jumping into the Fire of Sacrifice. Moments later a goddess, blacked and burnt, emerged from the Kunda of fire. That goddess is known as Dhumavati Devi who is what left of Sati.

Prapancasarasara-samgraha states that Goddess Dhumavati has put on the ornaments made of snakes or the snake skin and sari made of rags taken from the cremation grounds. In her hand she has a spear and a kapala or the skull-cup. Other Devi scriptures mention that she has a wrinkled, fuming face, cloudy complexion, dishevelled hair and dry breasts.

How can a Goddess who is an epitome of misfortune, be worshipped?

She is associated with inauspiciousness such as diseases, poverty, misfortune and the like. Her appearance as mentioned in the scriptures is that of an old woman who is ugly, widow and associated with anything that brings bad luck or is unattractive. It is said that she rides a horseless chariot in a cremation ground. Yet, the Devi scriptures describe her as tender-hearted and fulfiller of devotees’ desires. One who worships her selflessly is said to attain siddhis (supernatural powers), be saved from troubles and achiever ultimate knowledge and mukti. 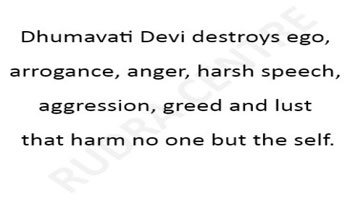 Dhumavati Devi is mysterious and manifests herself fully when the cosmology is put to annihilation by the will of the Lord. She is considered to represent the ‘void’ that fills the atmosphere before and after creation. The Mahavidya scriptures have certain hymns that praise her. Although personifying the unfavourable objects, she has her actual manifestation which is beyond our senses. Her outer ugly appearance indicates that all the material objects should be considered unfavourable to the path of spirituality. One must look inward to find the real divine beauty of the self which is above material planes. 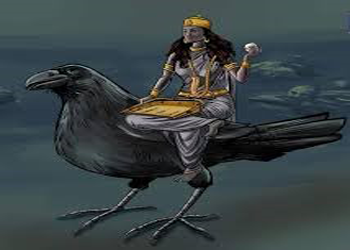 It is said when a devotee becomes puffed up with material possessions and ego, the Lord takes away all his possessions. It is confirmed in Bhagavat Purana (Shrimad Bhagavatm) 10.88.8 wherein the Lord says: If I especially favour someone, I gradually deprive him of his wealth. Then the relatives and friends of such a poverty-stricken man abandon him. In this way he suffers one distress after another. It is the favour done by the Lord to a devotee to remind of his actual position (self-realization). When the Lord decides to take away everything material from a devotee, Dhumavati Devi serves Him by executing His wish and introduces the devotee to poverty, miseries and distress. In that helpless condition, the devotee remembers the Lord through thinking, singing devotional songs or just remembering Him.

Therefore one must worship Dhumavati Devi to destroy ego, arrogance, anger, harsh speech, aggression and the like that harm no one but the self.