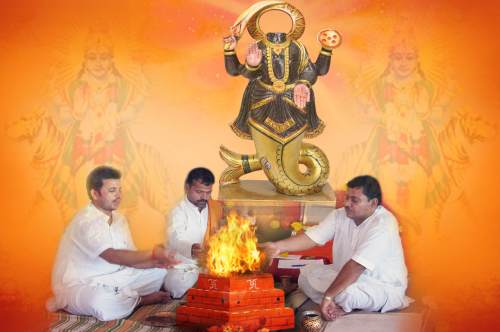 Ketu is the remaining body of the asura Rahu, after Lord Vishnu beheaded him. He is known as the shadow planet or half planet. He represents implementation of karmic accumulations both good and bad, spirituality and supernatural forces, and events. Ketu is both malefic and benefic, due to its nature of giving mental unsoundness, sorrow and loss, along with intelligence, wisdom, fantasy, penetrating insight and psychic abilities.

Ketu is astrologically responsible for the forces that show karmic and spiritual influences in the birth chart of an individual. He is responsible for the lunar eclipse. He is famous for giving sudden and unexpected results; hence one can gain both positive and negative effects from the same.

A benefic Ketu is believed to bring prosperity to an individual's life, along with intelligence, wisdom, good health and spiritual heights. On the other hand, a malefic Ketu may cause material loss, derangement, boundless worries and anxiety, poor concentration, and unnecessary depression.

The color associated with Ketu is black and smoke grey, and the gemstone associated is Cat's Eye.

What is Ketu Mahadasha? 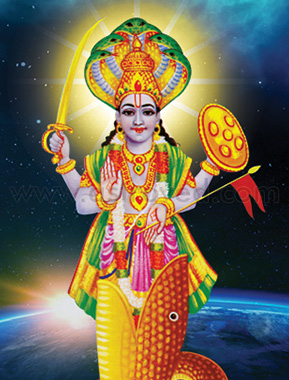 Ketu Mahadasha is the period in one's life when the planet is nearest to his/her birth Nakshtra. Ketu as a planet can be both malefic and benefic. A good Ketu signifies sudden bursts of energy, liberation, discretion, idealism, compassion, self-sacrifice and spirituality. It is known as a great advisor and the lord of voyage. A weak Ketu may be harsh and cruel, and is known to take things away. It indicates possible health problems as diseases of the spine and nervous system, wounds, injuries, obesity, knee problems, mental instability, and fatigue.

However, it is also known that the benefits reaped during Ketu Mahadasha ends as the dasha itself does.

What is Ketu Dosha?

The malefic effects of Ketu in an individual's natal chart are known as Ketu Dosha. The effects of Ketu Dosha are considered inauspicious and may destroy the potency of its conjugate planet. People afflicted by Ketu Dosha effects may be inflicted with accidents and surgeries, poor concentration, unnecessary depression, boundless worries and anxiety problems, and loss of property.

People are advised to bathe using the products related to Ketu on every Tuesday. Ketu Graha remedies include Ketu Graha shanti puja along with doing the Siddha yantra puja of ketu. Puja, Homam and Yajna remedies for Ketu dosha are also recommended. Wearing Cat's Eye stone also helps in weakening the malefic effect of Ketu.

Lord Ganesh is closely associated with Ketu and is known to be his planetary overlord. So people are advised to worship Lord Ganesh to ward off all the evil effects that are apparent during this period.

SIGNIFICANCE OF 7000 JAPAS FOR KETU DOSHA

One of the Vedic Ketu Dosha Nivaran can be done by chanting of the ancient Vedic Ketu Mantra 7000 times.

To be relieved of Ketu Dosha, the native can choose to do 7000 Japas of the Mantra given above. The Japa should be done on a daily basis for a certain number of times and continued for the days till 7000 Japas is completed. The Japa should be started on Tuesday. Doing the Japa with focus and dedication is a must to get the relief from the Ketu Dosha. It is recommended to learn to pronounce the Mantra properly from a learned and qualified Pandit before commencing the Mantra Japa. This is important as every word in the Sanskrit Mantra of Ketu has its own vibration. Without proper pronunciation, the purpose of Japas is defeated.

The Vedic Ketu Mantra, when chanted with a pure intention and devotion, pleases the Planet Ketu and therefore the ill-effects of Ketu Dosha are weakened. The ancient Rishis and Acharyas experimented and observed that this amount of Japas of Ketu Mantra gives relief from Ketu Dosha, provided the Vedic rules are followed while chanting. Lord Ganesha's image may be kept in front while chanting the Ketu Mantras as He is the deity who rules over the Planet Ketu. Be in a mode of surrender and the Ketu Mantra, 7000 Japas will yield the expected outcome.