What is Makara Vilakku? It's Meaning 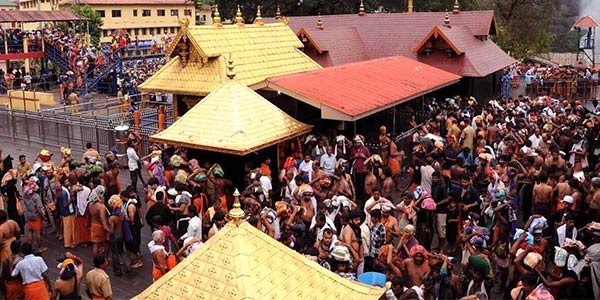 Makara Vilakku is a religious festival of Kerala, celebrated annually in the famous Sabarimala Temple. Makaravilakku falls on the first day of Makara Masam(month), as per the Malayalam calendar (in the month of January) which is the same day as Makara Shankranti, which is celebrated in other regions of India. On this auspicious day devotees and Sadhus from all over India gather at the revered Ayyappa Swami temple in Sabarimala for Makara Vilakku darshan and sighting the Makara Jyoti. Makara Vilakku meaning in literal sense is, Makara is the Zodiac sign of Makara (Capricorn) and Vilakku means light. In Makara Vilakku festival beholding the Makara Vilakku and the Makara Jyoti is the most important event. The divine Gold ornaments of Lord Ayappa, called ‘Thiruvabharanam’, is brought in a procession from Pandalam palace to the temple at Sabarimala, which is eagerly awaited by the devotees gathered at the Sannidhanam.

Lord Ayyappa or Ayyappa Swami, as He is called reverently, is said to be the son of Lord Shiva and Mohini, the only female form of Lord Vishnu. Ayyappa Swami is highly regarded and worshipped by devotees all over India. His temple at Sabarimala is a pilgrim site. The preparation of Makaravilakku starts two months prior on the first day of the Vrichikam month (Mid November- December) of Malayalam calendar. Devotees observe a compulsory 41 days of austerities and fast before visiting the Ayyappa Swami temple in Sabarimala for Makara Vilakku festival or Mandala Pooja. The Mandala Pooja is said to be highly meritorious and ends on the Makaravilakku day at the Swami Ayyappa temple in Sabarimala. It is said to fulfil wishes of devotees and is life-changing. Makaravilakku Kerala is a festival which is looked forward by devotees every year.

When is Makara Vilakku Celebrated? Date and Timing

Importance and Significance of Makara Vilakku 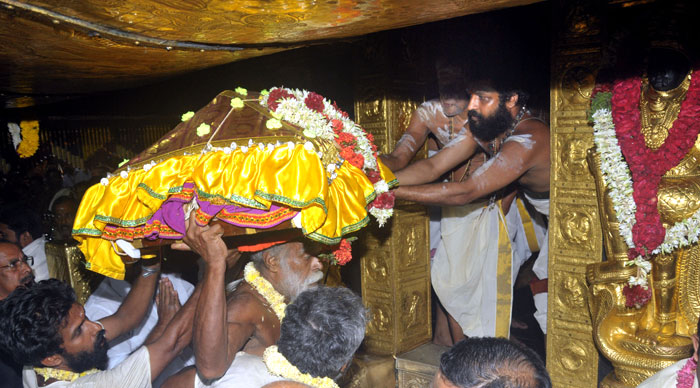 Makaravilakku festival has been celebrated since ancient time in the Sabrimala Ayyappa Temple, in Kerala. This annual festival is not only celebrated by the people from Kerala and other southern states of India but attended by people from other states. The prime Makara Vilakku significance includes seeing the Makara Jyoti and the Makaravilakku, in the evening. The Makara Jyoti is the bright Sirius star which rises that evening, positioned in the eastern direction of Sabarimala, above Ponnambalamedu. Makara Vilakku is the sacred light which is seen thrice from Sabarimala, while it occurs in the forest of Ponnambalamedu located near Sabarimala, in the western ghats. Devotees start to arrive at the Sabarimala temple in the morning that day, on foot from Pampa and observe the Makara Vilakku vrat(fast) through the day.

The Thiruvabharanam, which are the Gold ornaments of Lord Ayyappa are ceremoniously brought in a procession from the palace of Pandalam to Sabarimala Ayyappa Swami temple. The erstwhile Royal family of Pandalam is the custodian of the ornaments of Lord Ayyappa. It is said, as observed down the years, an Eagle is said to hover above the Thiruvabharanam, throughout its journey from Pandalam palace to the Sabarimala Ayyappa temple and on reaching Sabarimala, the Eagle circle the temple premises, the Sannidhanam, 9 times to pay His respect to Lord Ayyappa. The Eagle is said to be Garuda, the vahana of Lord Vishnu. The procession arrives by the evening, and the ornaments are carried on head by appointed men, in the procession. Ayyappa Swami is adorned with the holy ornaments which is followed by ‘Deeparadhana’ of the divine deity. At the precise time, the Makara Jyoti is sighted which marks the beginning of the 7 days Makaravilakku festival celebration. The atmosphere resounds with the chant of "Swamiye Saranam Ayyappa" by the huge gathering of devotees. Then the devotees behold the sacred light, Makara Vilakku from Sabarimala.

The devotees eagerly receive the special prasadam of Aravana payasam and Appam to eat and carry home.

Another Makara Vilakku importance is that, it is on the auspicious day of Makar Shankranti, which is the day when the Sun or Surya Dev starts His journey in the north direction and shifts from the zodiac sign of Saggittarius (Dhanu) to Makar(Capricorn). On this day Surya Dev is worshipped and thanked for His nurturing help in cultivation of crops and for the harvest He has blessed with.

The Makaravilakku festival requires the devotees to follow the Makara Vilakku Vidhi which is called Mandala Kalam meticulously before they visit the Sabarimala Ayyappa Swami temple. The Mandala Kalam starts from the first day of the Malayalam Vrichikamn (Scorpio)month and is compulsory for every devotee who wants to go for the pilgrimage to the Sabarimala temple. As far as ladies are concerned, only ladies above 50 years of age and girls between 1 to 9 years of age are allowed to visit the holy Ayyappa Swami temple at Sabarimala. 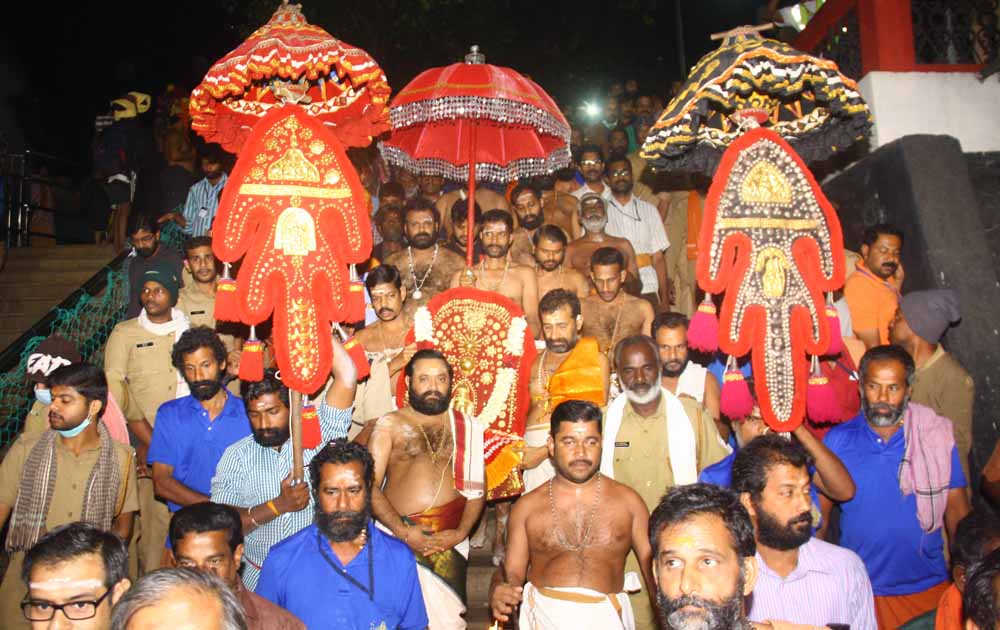 Many devotees stay back in Sabarimala and leave only after the 7 days festival is over with the Kuruthi Puja.