Om The Symbol of Absolute

OM - Not just the most sacred symbol 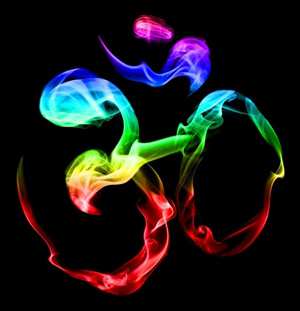 Om is the first sound of the universe; Om is from where everyone and everything came in to being; Om is oneness with the Supreme; Om is Brahman. OM or AUM is the most sacred syllable in Hinduism. In the Vedas, Puranas and Upanishads it is mentioned that Om was the mystic sound from which the five elements namely Ether, Air, Fire, Water and Earth came in to being.

Shiva creates and recreates the universe through Om. Om is the soul of every sacred mantra and doing meditation on OM provides immense benefits, fulfills every need and ultimately leads to liberation. Many if not all mantras and prayers are prefixed with Om that alone explains the importance and significance of Om.

It is believed that Om represents the triad of Brahma, Vishnu and Shiva and all time past, present and future transcends in Om. Om or Aum (A-U-M) also represents the three gunas and three stages of existence which is birth, life and death. Om is what that bridges the gap between the physical world and the spiritual world.

Not only Om is used in many mantras but Om is a mantra in itself, it is called Bija (seed) or Moola (root) mantra. Om represents four states of consciousness: A-Jagruti (wakefulness), U-Swapna (dreaming), M-Sushupti (deep sleep) and Silence-Turiya-the Fourth (transcendental state of consciousness).