India is a nation with numerous learned philosophers and sannyasis who have contributed immensely to this nation and enlightened millions of people with their teachings. They have a strong following even today and festivals dedicated to their legacy are celebrated with grand pomp and fanfare all over the country. Shankaracharya Jayanti is one such festival commemorating the renowned Indian theologian and philosopher Adi Shankaracharya.

What is Shankaracharya Jayanti? 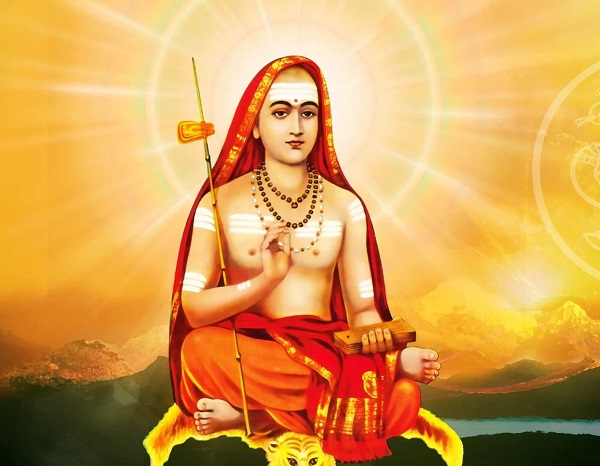 Adi Shankaracharya was believed to be one of the greatest sages and is considered to be an avatar of Lord Shiva. His works had an immense impact on the doctrine of Advaita Vedanta. He established four monasteries which were said to have assisted in the historical expansion, revival and circulation of Advaita Vedanta.

Adi Shankaracharya Jayanti is commemorated as the birth anniversary of the iconic Indian philosopher and Sage Adi Shankara. He was believed to be an 8th-century theologian. He is regarded as one of the most vital remembrances in Sanatana Dharma. He is referred to by several names – Jagathguru, Adi Shankaracharya or Bhagavatpada Acharya (Guru at the feet of Lord). He illustrated the Advaita Vedanta doctrine which had a huge impact on the development of Hinduism. He also had discourses on Vedic knowledge. 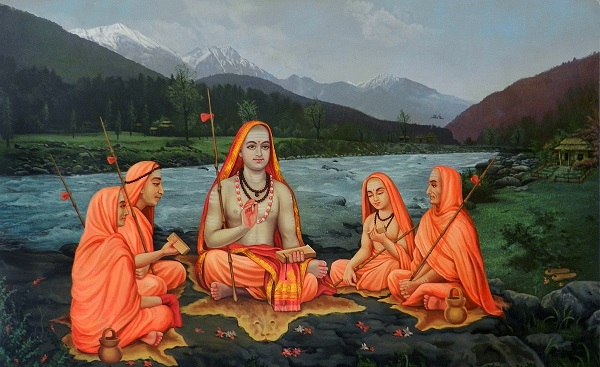 Indian Guru and philosopher Adi Shankaracharya birth place was believed to be Kaladi, located in Kerala during 788 C.E. He was born to a Nambudiri Brahmin couple, who had dedicated their lives to helping the poor. They called their child – Shankara – which suggests the ‘giver of prosperity’. After his father died, when Shankara was still extremely young, he wished to live a life of Sannyasi which his mother did not approve of.

He wandered every nook and corner of India dispersing the philosophy of Advaita which implies that the self and God were the same. Aham Brahmasmi was what he taught his disciples and followers. It is intriguing to learn that a sixteen-year-old boy traveled on his feet all over the country to revive Hinduism. When Hinduism was on its way to becoming extinct, Shankaracharya walked on his feet to awaken Hinduism in all, which is believed to be the way of life. He taught people about Lord Brahma – the divine. He set up four areas of teachings – Sringeri in the south, Badrinath in the north, Dwarka in the west, and Puri in the east.

He is considered to be the savior of Vedic Dharma and the advocate of Advaita Vedanta. He described the idea of Aatma (soul), Parmatma (divine soul), Vairagya (renunciation) and Moksha (salvation). His pearls of wisdom added to the development of the Hindu culture when its popularity was waning. Along with the help of philosophers Madhava and Ramanuja, Shankaracharya is believed to have resuscitated Hinduism.

More than 300 texts are credited to his name, including commentaries, original philosophical expositions and poetry. However, the majority of these are not considered to be genuine works of Shankara and could be from his disciples whose names were also Shankaracharya. Some of his authentic work include Brahmasutrabhayasa, his observations on the Mukhya (principal) Upanishads, his explanations on the Bhagavad Gita and the Upadesasahasri.

Apart from his extensive knowledge of philosophy, he was regarded as an excellent poet. He penned down numerous devotional prayers in his life as well. A couple of his renowned and prominent compositions are Nirvana Shalkam, Soundarya Lahari and Sivananda Lahari. He has authored 23 books wherein he had elucidated in depth, the idea of undivided Brahma. Adi Shankaracharya was deemed to be the greatest philosopher and Guru. With his peaceful message of Vedanta, he assisted people and helped dispel the obliteration of truth, disorder and confusion.

Adi Shankara is believed to have passed away when he was 32 at Kedarnath in the northern Indian state of Uttarakhand, a Hindu pilgrimage located in the Himalayas. It is said that he was last seen by his followers behind the Kedarnath temple, striding towards the Himalayas until he could no longer be tracked. A few texts suggest that he died in other places like Kanchipuram (Tamil Nadu) or some place in Kerala.

Even though experts do not agree on the duration in which he lived, Adi Shankaracharya birthday is celebrated every year on the same day – on the 5th day of the Shukla Paksha (waxing phase of moon) of Vaisakha. Guru Shankaracharya Jayanti is observed to mark the learned philosopher’s birth anniversary and honor his legacy. 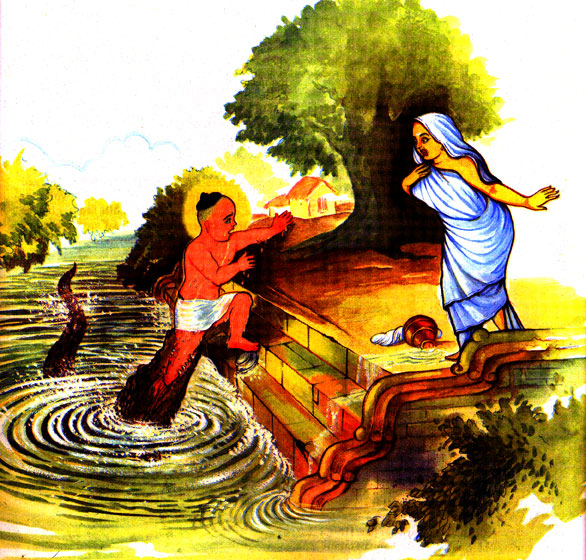 Approximately 2500 years ago, when people were not living in peaceful co-existence with each other with their intrinsic spirituality, all the deities and sages headed out to Mount Kailash and requested Lord Shiva to reinstate the universe. Lord Shiva told them that he would be born on Earth.

Adi Shankaracharya was born to a poor Nambudiri Brahmin couple – Shivaguru and Aryamba - in a small village of Kaladi in Kerala. Before his birth, the couple was childless. They venerated Lord Shiva who materialized in their dream and gave them the option of a son who would be an intelligent philosopher who would go on to achieve greatness but unfortunately live for only a short amount of time and pass away at 32 or a son who would live a normal life for a long time. His parents opted for the former choice and Shankara was born.

According to a legend, Shankara tried very hard to convince his parents to let him take the vow of celibacy and become a Sannyasi. Once, while he was bathing in a river, he was attacked by a crocodile and he appealed to his widowed mother to save his life but she was not able to do so. When he asked her for the final time if he can be celibate and turn into a Sannyasi, his mother grudgingly gave her approval. But she requested that since he was her only son, even as a monk who had relinquished the world, he should execute her last rites. After he got her permission, he began chanting the mantras to achieve celibacy and a sannyasin. The magical powers of the mantras freed him from the clutches of the crocodile.

Shankaracharya wandered and looked for a mentor who would understand and get him started on sannyasa. He stumbled upon the Ashram of Govinda Bhagavatpada who was referred to as ‘Patanjali’ in a previous birth. Govinda was deemed to be the most esteemed philosopher of the Vedanta school of thought and was a disciple of Gaudapada. Govinda approved Shankara as his student. He launched him into the highest type of renunciation.

Shankara was made to learn several Vedas and Advaita. Shankara was directed to make everyone conscious of this truth all through the nation. At Badrinath, Lord Vishnu materialized to Shankara and informed him that his idol in the Alakananda River needs to be recovered and a shine needs to be built for it. This temple is now called the Badrinarayan temple.

There is another tale about Shankara. From Central India, he traveled to Kashi where he met a chandala (keeper of the crematorium), deemed to be the most polluted of professions in the Hindu caste hierarchy. When Shankara requested him to move aside, he reprimanded him by asking him if he should shift his body or soul or his form. This incident had a profound impact on Shankara as he began to question the invalidity of the flesh suggested by the hermit tradition. This occurrence resulted in him composing the Manisha-panchakam where he looks further than divisions that produce dualities and uphold non-duality. Knowledge is meant to be a tool to rise above caste.

Shankara met the incredible Mimansaka expert – Mandana Mishra at Mahishmati, which would be in Central India in the modern day. He discussed with him how knowledge (gyana) is superior to ritual (karma). But then, Mandana’s wife, Ubhaya Bharati, challenged him in good humor about the insight when it comes to erotics (kama-shastra). When the celibate Shankara admitted to being ignorant, she asked him how he could allege to comprehend the world without experiencing sensual pleasure and emotional intimacy.

Another tale ascribed to Adi Shankara is the reason why women in Kerala are clad in white. His mother being a widow was not sanctioned a proper final journey and he cursed that all women would become widows. But based on the atonement of the people, women were requested to drape themselves in white as a symbolic picture of widowhood. 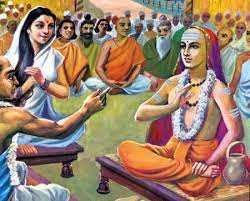 Considered to be one of the supreme gurus and philosophers in Hinduism, Adi Shankara is also referred to as the savior of Vedic Dharma. He was also renowned as the advocate of Advaita Vedanta. The idea of Aatma or soul was elucidated by him. He also talked about notions such as Vairagya (renunciation), Parmatma (divine soul) and Moksha (salvation). When the Hindu religion was on the verge of becoming extinct, his teachings have had an immense impact on the development and rise of the Hindu culture. Shankaracharya is believed to have revived Hinduism with fellow philosophers such as Madhava and Ramanuja.

Apart from explaining Hindu scriptures such as Upanishads or the Bhagavad Gita, he also put forward the philosophy of Advaita Vedanta. He also aided people to interpret the fundamental principles of Brahma Sutras. To reinstate Hinduism, Shankaracharya visited many nations.

He also launched four monasteries (mathas) in four corners of India – Kashmir in the North, Jagannath Puri in the East, Sringeri in the South and Dwaraka in the West. It is assumed that Lord Vishnu paid a visit to Shankara at Badrinath and he was requested to create a statue of the Lord in the Alaknanda River. Today, the temple is renowned as Badrinarayan Temple.

Differences between Hinduism and Buddhism

Adi Shankaracharya discussed a key insight into how Buddhism differs from Hinduism. He declared that Hinduism backs and approves the idea of Atman which implies soul or self exists. But Buddhism thinks that there is no soul or self.

Adi Shankaracharya wandered across the Indian subcontinent to spread his philosophy that backed Hinduism. He did that via debates and discourses with thinkers and experts of that era.

Adi Shankaracharya recognized the magnitude of life as talked about in the Upanishads and Brahma Sutra.

One of the most vital works of Shankaracharya is the amalgamation of the six sub-sects or the Shanmata which implies six religions that prayed to six varied deities. Shankaracharya plants the seed of thought that there is only one Supreme Being (Brahman) and all these six chief deities are part of this Brahman (believed to be one divine power).

Adi Shankaracharya also wrote several powers that glorified many Gods and Goddesses. A couple of the popular ones are those that are devoted to Lord Shiva and Lord Krishna.

How to Celebrate Shankaracharya Jayanti 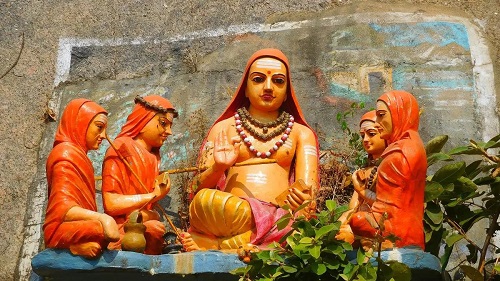 Worshippers fast for a day and venerate Lord Shiva, Lord Vishnu, Lord Surya, Lord Ganesh and Devi. They also chant the Bhagavad Gita and other Hindu mantras. Feeding Brahmans on this day are also believed to be a charitable act. Shri Shankaracharya Jayanti is observed at Shankaracharya Mathas or monasteries around the nation.

People arrange Havan, Puja, and Satsang at Mathas such as Shringeri, Sharada Peetham in Kerala, Kancha Kamokoti Peetha in Kanchipuram and so forth. Apart from this, discussions and speeches on Sanatana Dharma are organized on Guru Shankaracharya Jayanti.