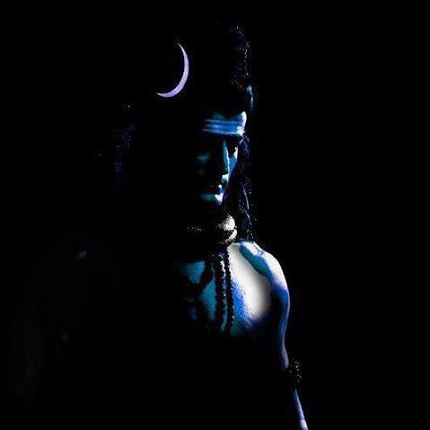 Lord Shiva is one of the Divine Trinity as per Hinduism and is respected and loved by His devotees all over the world. Words or the human mind, perhaps, is incapable of defining the supreme power who is Lord Shiva. The benevolent Lord Shiva is easy-to-please as He sees the intention of devotees. To Him, all are equal be it a demon, a human or any creature.

The Asura (demon) king Ravana of Lanka kingdom was a scholar, knowledgeable and blessed with wisdom. Ravana was a fierce devotee of Lord Shiva. He had been granted many boons of special powers and the Chandrahas, a Divine sword, by the Lord.

The Shiva Tandava Stotram is hymn/eulogy (stotras) which were spontaneously composed by King Ravana dedicated to Lord Shiva and is about the beauty and powers of Lord Shiva. It has 1008 verses in Sanskrit. This poetry of devotion is written eloquently and even has attributes of Lord Shiva as the destroyer of death. The Shiva Tandava Stotram is not merely the description of the dance of Tandava of Lord Shiva or His physical description and qualities as on delving deep, this stotra gives us more information and understanding of Lord Shiva. In the final verse of the stotra, Ravana, in spite of all that He had, asks the Lord "When will I be happy?" 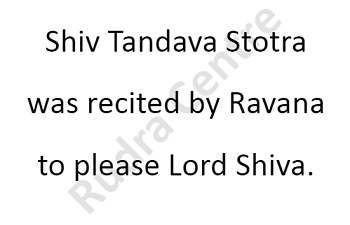 Though the Shiv Tandava Stotram may be difficult to memorize but once you learn it by understanding the meaning, this high vibration stotra can bless with many benefits. The Shiv Tandav Stotram can be chanted in Shiva temple or at home in front of a Lord Shiva idol. It can be chanted at any time by anyone in this world, without any restriction. Chanting the Shiva Tandav Stotram brings blessings of happiness, prosperity, mental strength, power and the list of grace goes on. In short, the Shiva Tandav Stotram can give magical outcomes. Chanting it at Pradosh Kaal( 1 hour before and after Sunset) is said to be extra effective as Ravana had chanted it at that time and was forgiven by the Lord. 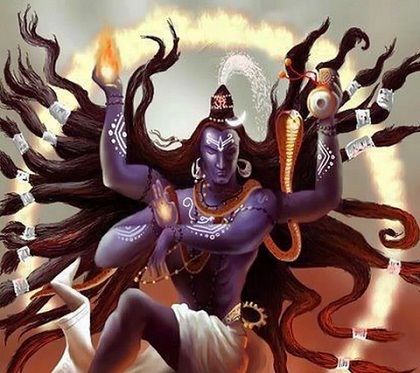 How and why the Shiva Tandava Stotram was recited by Ravana has interesting versions of stories.

The legend which is widely accepted of the Shiva Tandava Stotram is fascinating. Once Ravana was taking a ride in His Pushpak Vimaan(flying chariot), taking a round of the Universe. When He reached Mount Kailash, the abode of Lord Shiva, the Pushpak Vimaan stopped. Mount Kailasha requested Ravana to take a different route as Lord Shiva and Parvati were taking rest. But blinded by ego, Ravana decided to lift Mount Kailash to move it from His path and He did lift the mountain. Observing this, Lord Shiva put His big toe on Mount Kailash and pressed it. The immense pressure crushed Ravana's hand below Mount Kailash making Ravana cry out in such agony, with the sound "RAAV", that it was heard in Swarg Lok(heaven), Prithvi Lok(Earth) and Patal Lok(the under-world). Ravana stayed that way for 14 days, continuously chanting mantras of Lord Shiva, begging to be forgiven but with no effect. At last, on the day at Pradosha Kaal, when Ravana started reciting the stotra praising the power and beauty of Lord Shiva, it mesmerized the whole Universe. Lord Shiva was extremely pleased by the words, rhythm and the devotion of Ravana and forgave Him. It is said that Lord Shiva bestowed the name Ravana to Him because of the 'RAAV', His original name was Dashanana. Appeased Lord Shiva also gave Ravana the indestructible “Chandrahas” sword. It is said that even Goddess Sarawati was pleased with Ravana's stotra and blessed Him.

The other variation of this story says that Ravana wanted to carry Mount Kailasha along with Lord Shiva to Lanka when Lord Shiva stepped in.


jaṭā-kaṭāha-hasambhrama-bhraman-nilimpa-nirjharī-
vilola-vīci-vallarī-virāja-māna-mūrdhani ।
dhagad-dhagad-dhagaj-jvalal-lalāṭa-paṭṭa-pāvake
kiśhora-chandra-śekhare ratiḥ pratikṣaṇaṁ mama ॥ 2 ॥
Meaning:
At every moment, may I find pleasure in Shiva, Whose head is situated in between the creeper-like unsteady waves of Nilimpanirjhari (Ganga), in whose head unsteadily fire (energy) is fuming the like twisted hair-locks, Who has crackling and blazing fire at the surface of forehead, and Who has a crescent-moon (young moon) at the forehead?


sahasra-lochana-prabhṛtya-śeṣalekha-śekhara-
prasūna-dhūli-dhoraṇī vidhū-sarāṅghri-pīṭha-bhūḥ ।
bhujaṅga-rājamālayā nibaddha-jāaṭajūṭaka-
śhriyei chirāya jāyatāṁ chakora-bandhu-śekharaḥ ॥ 5 ॥
Meaning:
For a long time, may Shiva — Whose foot-basement is grey due to the series of pollen dust from flowers at the head of Indra (Sahasralocana) and all other demi-gods, Whose matted hair locks are tied by a garland of the king of snakes, and Who has a head-jewel of the friend of Chakora bird — produce prosperity


prachand-vāda-vānala-prabhashubha-pracharini
mahashta-siddhi-kamini-jaṇāvahutā-jalpana ।
vimukt vaam lochano vivaahkalikadhwaniḥ
shiveti mantra bhushago jaga-jayāy jayatāṁ ॥ 15
Meaning:
The Shakti (energy) which is capable of burning all the sins and spreading welfare of all and the pleasant sound produced by angles during enchanting the pious Shiv mantra at the time of Shiv-Parvati Vivah may win over & destroy all the sufferings of the world.