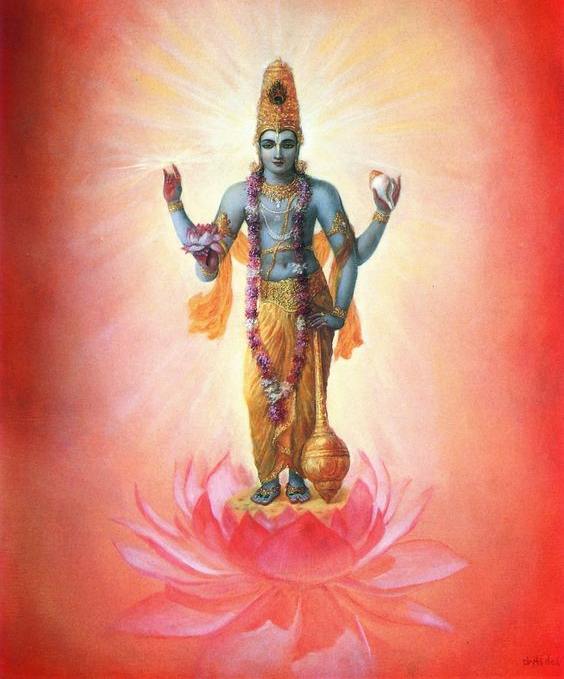 The Hindu Lunar calendar is divided into two different phases of the Moon. One phase is that of the waxing Moon which is known as 'Shukla Paksha' in which phase the Moon grows in size(visually) and its brightness increases everyday bit by bit. The other phase is that of the waning moon, Krishna Paksha when the brightness of the Moon except for Leap year when there are 25 Ekadashis.

Along with Hinduism, Jainism too considers Ekadashis to be holy which has spiritual connotations. It is said that merely by hearing the names of the various Ekadashis, one will be free of all sins. Lord Vishnu is worshipped on Ekadashi. The day is observed by fasting from the Sunrise of Ekadashi Tithi to the sunrise of the following day. Fasting on the Ekadashi is an important ritual of this day. The best form of fasting for Ekadashi is to go without water or food. People who do not want to keep a full fast are recommended to have a fruit-based diet(Phalahar) or a fruit and Milk/milk product diet. Consumption of Rice, Grains, and Beans are prohibited on this day.

DATE AND TIME OF AMALAKI EKADASHI 2021 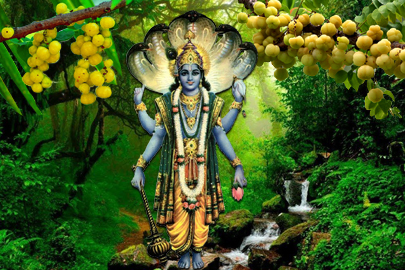 The Ekadasi or the 11th day of the Shukla Paksha or the waxing moon in the Hindu month of Phalgun which as per the Gregorian calendar falls in the month of February-March is called Amalaki Ekadasi or Phalguna-Sukla Ekadasi.

Observing strict fast on the Amalaki Ekadasi and following all the rules qualify the devotee to be liberated from all his sins and gain a place at the Lotus feet of Lord Vishnu. The Ekadasi observance gives everlasting rewards to the devotee. The ancient text has Lord Krishna explaining to Yudhisthira the importance of Ekadasi fast where the Lord has said it is greater than all sacrifices or charity to the needy or the sacrifice of Horses(Ashvamedha) or even seeing Lord Vishnu Himself.
Book Now Ekadashi Puja 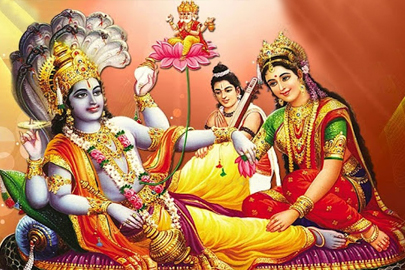 The story of Amalaki Ekadasi is from the Brahmanda Purana in which Vashishta Muni explains this auspicious day to King Madhata.

Once there was a kingdom called Vaidika which had all sects of people well versed in the knowledge of the Vedas, were endowed with healthy and fit bodies and a superior level of intelligence. None in the kingdom was an atheist and there were no sinners in the kingdom. Vaidika was ruled by Chitraratha who was a truthful, pious, and religious king. The people of the kingdom were devotees of Lord Vishnu and religiously observed fast on the two monthly Ekadasis.

On an Amalaki Ekadasi or Phalguna-Sukla Ekadasi, as per tithi that particular Ekadasi and Dwadasi(12th day) were conjoined, King Chitraratha and the citizens of his kingdom observed the fast meticulously following all rules. On this particular day, the King led his people to the temple where the King planted an Amalaki plant and worshipped it by offering Ghee lamps, incense, a variety of food and fruit, and Panchratna and many other such offerings. Then with complete devotion, they all prayed to the Amalaki tree, acknowledging the tree as Lord Brahma's offspring, a Brahman itself, and asked the Amalaki tree to bless them and accept the offerings which they humbly offered. They prayed to say that Lord Ramchandra(Lord Vishnu's Avatar) too had worshipped the Amalaki tree and that circumambulation of the sacred Amalaki tree liberates the devotee of all sins. The King along with the citizens followed all rules of the Ekadasi and all of them were awake at night.

Coincidentally, a man who was a non-believer of the Divine, an irreligious man and a man whose livelihood was hunting innocent animals and birds saw the King and his citizens perform the worship, the strict way they were observing the fast and was dazzled to see the captivating sight of the temple lit with lamps in the forest that illuminated the forest. Everyone in the assembly was wide awake at night, chanting, singing the glories of Lord Vishnu, and praying. Though the man was tired and hungry, he did not leave the place. He also stayed awake the night and heard Lord Vishnu's glories being sung. On the next day post sunrise, King Chitraratha, his citizens, and sages of his court completed the rituals of the Amalaki Ekadasi fast and went back to Vaidika.

The irreligious, sinful hunter went back home too and ate his meal. In due course of time, the hunter died. However, because he had unknowingly observed the Amalaki Ekadasi fast and stayed awake at night with the glories of Lord Vishnu reaching his ears, he automatically qualified to gain the merits of the Ekadasi observance which resulted from him being reborn as the son of King Viduratha, the king of Jayanti. The name of the hunter in this life was Vasuratha and he was a fearless man, brave, handsome, strong like the Sun, and yet forgiving like Mother Earth. He was an ardent devotee of Lord Vishnu. On inheriting his father's kingdom, King Vasuratha was a brilliant king, he looked after the needs of the people of his kingdom well ensuring that the poor got enough charity. In honor of Lord Vishnu, he performed many sacrifices and knew the Vedas.

Once King Vasuratha went hunting in the jungle but lost. He wandered around the jungle trying to trace his way back but was unable to do so. Tired and exhausted, Vasuratha fell asleep under a tree. During this time, a group of tribesmen happened to see him and recognizing him, they became enraged as the King was their enemy who had killed their kith and kin. They blamed the king for their status of being left wandering in the jungle. They thought it was a good opportunity to take revenge and started to plot how to kill him in his sleep. Once decided, they raised their weapons to make the blow of death but suddenly they were struck with enormous fear at what they saw, their feet trembled, they became pale, their weapons fell and they collapsed. The barbaric tribesmen were struck when they saw a beautiful radiant woman emerge from the sleeping King Vasuratha’s body. A mesmerizing fragrance emitting from Her and She wore a long garland on Her neck. Her brows were drawn together in anger and displeasure, Her eyes glowed fiery Red. The woman seemed to the tribesmen as death personified. She raised Her blazing discus weapon and in one sweep killed all the tribesmen.

When King Vasuratha woke up, he was astonished to see so many of his sworn enemies lying dead all around him. He wondered aloud as to who could have done this and therefore, protected him. The king heard a voice from the sky (Aakash Vani) telling him that the one who protects all who surrender to Him had slain the enemies of the king and protected him, that it was none other than Lord Keshav/Krishna/Vishnu. The voice further specified that because the king had always stayed in a surrender mode, serving the Lord and had no ulterior motive to his devotion, he was saved and will always be protected. On hearing this, the religious and devout King Vasuratha was happy beyond measure. Thanking the Lord he went back to his kingdom and ruled unobstructed for many years.

So the narration ends with Vashistha Muni concluding that observing the Amalaki Ekadasi meticulously has the power to wipe out all sins of the person, even if he/she observes it unknowingly, and bestows blessings of Sri Hari and a place in Vaikunth at the Lotus Feet of the Lord.

RITUALS: WHAT TO DO ON AMALAKI EKADASHI

The rituals of Amalaki Ekadashi are specified in the ancient Hindu texts and are said to have been specified by Lord Sri Krishna while answering Yudhishthira's (one of the Pandava brothers from Mahabharata) query. The rituals are:

1) One day before Amalaki Ekadashi, which is the 10th on the day of the Krishna Paksha, the person should clean his/her teeth thoroughly in the afternoon and have supper at Sunset hour.
2) On the morning of Amalaki Ekadashi, the person should intend on keeping the fast meticulously. The person should have a bath in a river (which is said to be most purifying) or a lake and in both not being available, bathe with pond water.
3) While bathing the person should smear mud on his/her body by chanting a prayer to Mother Earth.
The prayer: O Asvakrante! O Rathakrante! O Vishnukrante! O Vasundhare! O Mrttike!
Translation: O Mother Earth! please remove all my sins accumulated from past lives so that I may enter the abode of the Lord Vishnu the Supreme Lord
4) Worship Lord Govinda with complete dedication and Offer an excellent 'Bhog' (food to Divine) along with flowers and other things of the offering.
5) Light a lamp at home in honour of the Lord
6) Chant or sing praises of Lord Vishnu throughout the day and remain in a most blissful state during the fast.
7) Stay awake through the night in full consciousness. If possible, play musical instruments throughout the night to please the Lord.
8) The next morning the person should give charity to Brahmanas and respectfully ask them for forgiveness for any offense.
9) For people who keep a complete fast till the next day, one should say the prayer - "O Pundarikaksha, O lotus-eyed Lord, now I will eat. Please shelter me".
10) After the prayer the devotee should offer flowers and water at the lotus feet of Lord Vishnu and request the Lord to eat by chanting the mantra of eight-syllable, thrice. To garner the full merits of the fast, the devotee should have water which has been offered to the Lord.
11) Fire sacrifices can be performed if the devotee chooses to do soThe day of Ekadashi till the next morning the devotee should involve in taking baths, singing and chanting praises of the Lord and worship Him with complete devotion, involve in activities of devotion and doing charity.

To get the benefits of fasting on Ekadashi, the person should adhere to the rules strictly as per ancient texts.