The Das Mahavidyas are the ten Wisdom Goddesses. Das means ten, maha means great, and vidya means wisdom. The Das Mahavidyas are ten different forms of Divine Maa Kali, who is the first of the ten Mahavidyas. Worship of Maa Shakti is referred as Mahavidya. Out of various tantrik practices, the sadhna of the ten main Devis is called the Dasmahavidyas. They are Kali, Tara, Maha Tripura Sundari (or Shodasi-Sri Vidya), Bhuvaneshvari, Bhairavi, Chinnamasta , Dhumavati, Bagalamukhi, Matangi, and Kamala. These ten forms of Shakti are the epitome paradigm of the entire universe.

The Dasmahavidyas can be worshiped by the prescribed Mantras and Yantras. These Mantra chantings along with Yantra puja are astrological remedies. Successful Tantrik worship of these Mahavidyas bestows several boons to the devotees. Different forms of Das Mahavidyas and the planets associated with them are as follows are as follows: 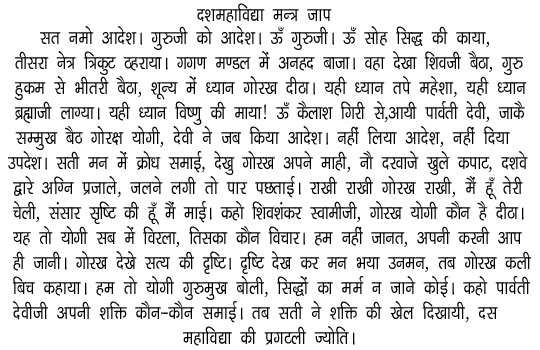 Kali, â€œthe dark-colored goddessâ€, is a perfect example of any goddess that is known not in the goddess cluster. Even though the order, names, and number of the Mahavidyas will varies according to different sources, Kali is definitely included, and is often named first. Kali is often referred to as the most crucial or primary Mahavidya. In most occurrences, it appears that all the other Mahavidyas originate through Kali, and are somewhat different embodiments connected with her. Kali is sort of always regarded being a dark presence using a dreadful appearance.

Holding a bloodied cleaver along with a severed head in her hand has a posture of blessings along with a symbol of â€œfear notâ€ with her two other hands. Kali as being a symbol of greatest reality; she truly reveals the type of fully awakened consciousness.

Tara is generally immediately listed following Kali. This 2nd placement in the series of Mahavidyas indicate a proposal of importance to the class. Her physical visual appeal is indeed the mostly like Kali among all the other Mahavidyas; the significance is frequently interpreted as being similar to that of Kali. There exists a great possibility that the Hindu Mahavidya Tara originated from the Buddhist bodhisattva Tara, however whereas the Buddhist Tara is generally known as being compassionate, the Hindu Tara is sort of always fierce, harmful, and terrible to help witness. Tara is often described as obtaining three bright red eyes. Similar to Kali, Tara is frequently depicted as creating a sword and a severed head throughout her hands; Tara in addition wears a garland connected with skulls around her neck.

Maa Tripura is often listed third, following Kali and Tara in the list of Mahavidyas. Her name translates to â€œShe who is lovely in the three worldsâ€. Tripura-sundariâ€™s dhyana mantra portrays her as a result: â€œShe shines like the bright radiance of rising sun. In her four hands she hold a noose, a goad, flower arrows, along with a bow of sugarcane.â€ Her Mantra chanting makes one realizes how the beauty of soul is so important & not the physical beauty is mere illusion & superficial desire.

Maa Bhuvaneswari, by the literal meaning â€œshe whose body's the worldâ€, comes next among the list of the Mahavidyas. Bhuvaneswari is connected with the earthâ€™s creation and is viewed as the underlying energy. She embodies the dynamics of the world in all of us. She is identified using the mahabhutas (the essential physical elements) and also prakrti (nature or the physical world). Bhuvaneswari, in addition to being included in the Mahavidyas, does not appear undertake a widespread following of her very own.

Bhairavi translates to mean â€œthe terrible oneâ€. She wears red clothing which is adorned with a garland of severed heads; her body's smeared with blood vessels. Bhairavi is described as being able that oversees and proceeds within the three male deities who might be typically associated with creation. She is thought to be separate from all the gods and even surpassing them. This emphasis is quite common in a lot of hymns regarding goddesses, especially in the cases pertaining on the Mahavidyas. Bhairavi also assumes the role of an educator and produces the Vedas as a result of her wisdom.

â€œThe self-decapitated goddessâ€ Chinnamasta can also be best known for her involvement in Mahavidyas, and does not have much of an individual following. Chinnamasta is actually illustrated holding her very own amputated head in a single hand, with a sword in the other, drinking her very own blood, which is actually spilling from her neck. Even though early references to help Chinnamasta have not been located, one will discover accounts of goddesses which might be suggested to always be prototypes of her, displaying familiar characteristics such as being headless, bloodthirsty, and also violent.

Dhumavati is called the widow goddess. She is typically depicted to be ugly, upset, with disheveled hair; her hands always wring and her eyes are brimming with concern. She symbolizes the painful and burdensome aspects connected with life. She is also sometimes regarded as an old form of Kali, wherein Maa Dhumavati represents timelessness and unmanifest life-forces.

Maa Bagalamukhi can be often called â€œthe paralyzerâ€. She emits any grim disposition which is heavily intoxicated. Her complexion is completely golden, embellished simply by her yellow dress, ornaments, and garland. Bagalamukhi is associated with having magical power. Her devotees are thought to reap the rewards of her power.

Maa Matangi is thought to be the â€œoutcasteâ€ one of the other goddesses through this cluster. A particular myth related to Matangi touches on the concept of being polluted simply by associating with your Candalas, or â€œthe untouchablesâ€.

Kamala, the final goddess of the Mahavidyas, is known as â€œthe lotus goddessâ€. Kamala is the one and only the goddess Tantric Laksmi. Among the many goddesses included in the ten Mahavidyas, Kamala is typically the most popular and well acknowledged. She is â€œa goddess with almost completely auspicious and desirable qualitiesâ€. Kamala is often identified with many different blessings that humans ordinarily seek, such as power, luck, success, and safety.