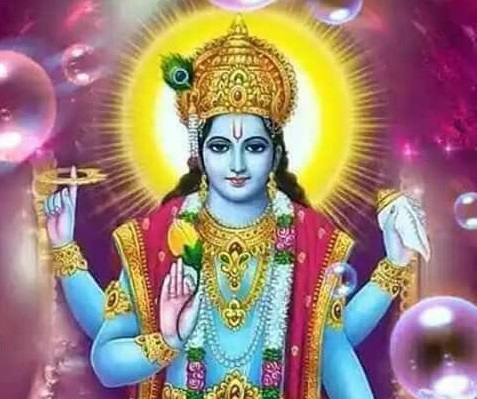 The Ekadashi which falls on the 11th. day of the Krishna Paksha(waning Moon phase) in the Hindu month of Ashwin, which is September- October. Indira Ekadashi is also called 'Ekadashi Shradh' as it falls in the Pitru Paksha and is an important Ekadashi, which gives the opportunity to devotees to observe Indira Ekadashi Vrat/fast and relieve transcended souls of ancestors from sins, so that they can move ahead to the spiritual realm.

The fast must be broken after sunrise the next day of Ekadashi. It is to be noted that one should break the fast (Parana) within Dwadashi Tithi. Dwadashi ends at 01:17 AM on 23rd September. Another important consideration is that one must not break the fast during Hari Vasara which is the fourth duration of Dwadashi. The best time to break the fast is pratah kala (morning).

Observing Ekadashi Vrat(fast) is a significant religious practice followed by Hindus since ancient times for the merits it brings. The Indira Ekadashi Vrat is an important Vrat to observe as it liberates the souls of ancestors from being stuck in lower realms or Yamaloka, helps to remove their sins and is believed to helps them to ascend to the Heavenly realm. As Indira Ekadashi falls during the Pitru Paksha, observing this Vrat brings blessings of ancestors, which is very important for a happy and successful life for the lineage. The devotee observing the Indira Ekadashi Vrath is delivered from hi/her sins. A devotee who follows all the Vrat Vidhi(rules) perfectly while observing the fast is said to gain the fruits of taking bath in the holy rivers like Ganges and other holy rivers and performing the Ashwamedha Yanjna. The Indira Ekadashi Vrat is one of the best ways to garner the blessings of Lord Vishnu or Padmanabha.

What to do on Indira Ekadashi

Narad Muni told King Indrasena that He had visited the Yamaloka where He happened to meet the King's father, who was in a state of suffering in Hell, as a punishment for a sin he had committed, as he had prematurely broken one Ekadashi fast. Narad Muni also tells the King that his father has sent a message to him, to observe the Indira Ekadashi Vrat sincerely and offer enough donations which will help his soul to ascend to Heaven. King Indrasena's father had also cautioned his son to be very aware and never commit a sin like the one he had. Narad Muni informed the King that He had come to deliver the message from his father and tells him to help his father ascend to the spiritual realm.

The fasting procedure for Indira Ekadashi was described by Narad Muni in the Brahmavaivarta Purana. The rituals of Indira Ekadashi starts a day prior to Ekadashi, which is Dashami, by performing Shradh ritual for the Pitru or ancestors. The devotee should have only one meal on Dashami.

The Indira Ekadashi falls during the time of Pitru Paksha and is specially meant for liberating ancestors of sins, which helps them to elevate to spiritual realm from lower realms.

Puja of Lord Padmanabha(Vishnu) on Indira Ekadashi blesses the devotee and family with good health, prosperity, wealth, righteous living, spiritual progress, happy family, contentment, worldly comforts, joy, protection and abundance. Lord Padmanabha relieves ancestors of their sins and blesses the souls to rise to the spiritual realm or get Moksha. The devotee overcomes miseries, debts and strife and leads a happy life.