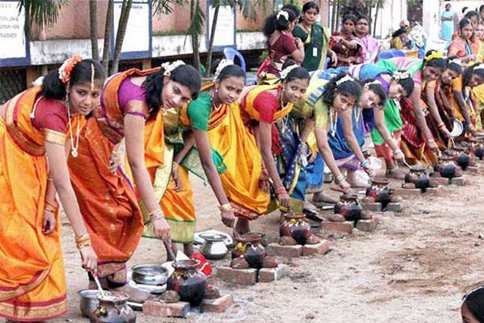 Pongal or Thai Pongal is a four day harvest festival celebrated in the state of Tamil Nadu (India), in mid-January every year and coincides with Makar Shankranti. The farmers and other people together celebrate the rich harvest and thank the Divine for it by following various rituals these four days of Pongal festival. Mattu Pongal is the third day of Pongal festival which is dedicated to cattle, mainly Bulls, Cow, Oxen. Pongal is the main festival of Tamil Nadu and other states in the southern part of India, like Andhra Pradesh, Kerala, Karnataka etc. Pongal is celebrated to thank all the aspects that contribute to growing crops: Surya Dev or Sun, Lord Indra (the God of rains), Mother Nature and cattle, which help in ploughing the agricultural fields. It is also a celebration of the harvest season and thanking for it. It is also the time when the season starts changing from the cold of winter to warmer days. The literal meaning of the Tamil term “Pongal” means boiling over, or overflowing boiling rice which metaphorically means prosperity and abundance, and “Mattu” means Bull. Mattu Pongal festival or Cow Pongal is celebrated the day after Surya Pongal, which is the main day of Pongal, when Surya Dev (Sun)is worshipped with reverence. It is also the Tamil New Year, the first day of the Tamil month Thai. On Mattu Pongal Bulls and Cows are decked up, worshipped and ceremoniously fed ‘Sakkarai Pongal’ and thanked for their services in production of crops. 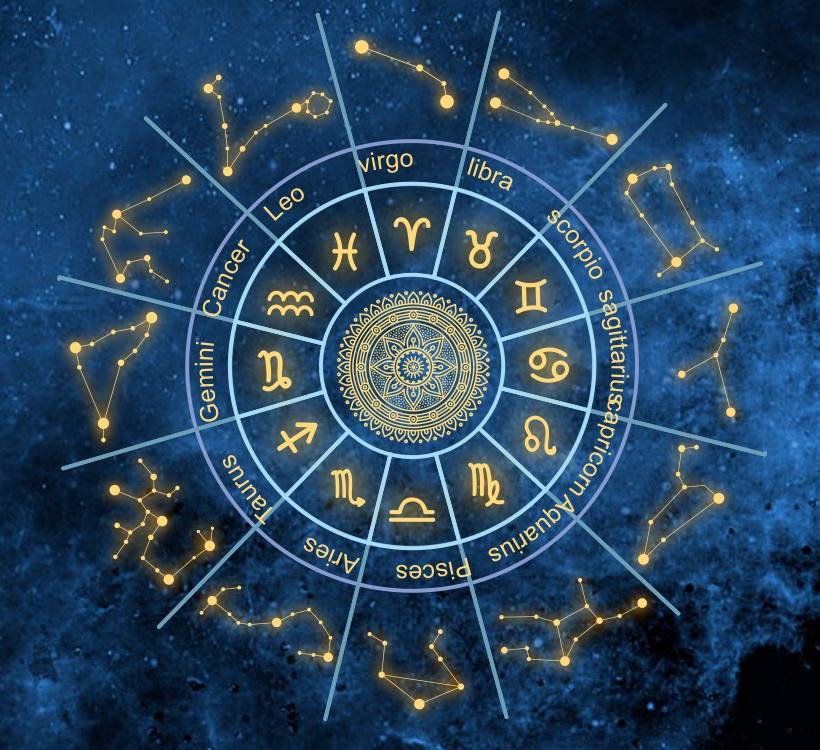 As per Vedic Astrology, Pongal festival is considered highly auspicious as the Sun starts its journey towards the North for the period of next six months. On Surya Pongal or Thai Pongal planet Sun moves from the Zodiac sign of Saggitarius (Dhanu) to Capricorn (Makar). For Hindus it marks the beginning of a suitable phase for all auspicious occasions.

When is Mattu Pongal 2023? Date and Timing

How is Mattu Pongal Celebrated? 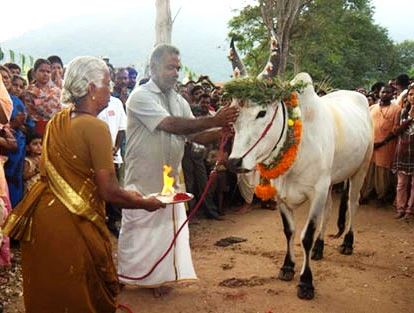 Mattu Pongal celebration is filled with joy and revelry, meet and greet each other with Mattu Pongal wishes. Farmers and villagers bathe their Bulls and Cows, and are decorated by colouring their horns or putting metal caps on them. Bells are hung from their neck along with flower garlands and coloured bead necklaces, which make the cattle look attractive. Outside home and on the local streets, villagers draw colourful Kolam (Rangoli) depicting Bulls and Cows, and other Mattu Pongal designs, which add to the festivity. Pongal is a festival when people from all strata of society gather together to mingle, eat Pongal together and participate in games and fun competitions, like Kolam competition etc.

On the auspicious Cow Pongal festival day, the villagers sprinkle Saffron (Kesar) water with Mango leaves on their cattle to shield them from negative energies and evil eye. Lord Krishana and Vishnu are worshipped for increase in number of cattle. Kumkum (vermilion) and turmeric powder tilak are put on the forehead of each Bull and Cow and worshipped. Aarti of the cattle is done with sincerity and gratefulness for their hard work in reaping abundant crops and the farmers and villagers reverently bow down in from of the cattle and tough their feet for their hard work and service to mankind. Sakkarai Pongal, is a sweet Pongal made by boiling rice, Mung dal(green lentil), dry fruit and jaggery. Traditionally Sakkarai Pongal is prepared in earthen pots by the women, in the open on Tamil Nadu Mattu Pongal, and around the neck of the pot, turmeric leaves and Sugarcane pieces are tied. The Mattu Pongal rituals include the vidhi of first offering this delicious rice preparation to Lord Ganesh and His mother Goddess Parvati and then it is fed to the cattle with love and adoration. The villagers and farmers bow down and touch the feet of the cattle to show their gratitude and reverence. The rest of the Sakkarai Pongal is distributed among everyone in family, among friends and other villagers as prasadam. The proud owners of the cattle proudly parade their well decorated cattle around the village. The main Mattu Pongal significance is served well with the cattle getting a day of rest and pampering, and being treated with respect.

The Pongal preparation has different variations. It is believed that while cooking Pal Pongal or milk Pongal, if the milk overflows while boiling, then it is an auspicious sign for the family.

Mattu Pongal puja at home has different procedures and one such vidhi comprises of hand crafting a Lord Ganesh idol with Cow dung and bedecked with Durva grass called Arugampul in Tamil, white and yellow flowers. The earthen pot of freshly cooked Pongal is placed on a Kolam in front of Lord Ganesh and red sand is put around the pot. After this, Pongal rice, yellow flower garland, turmeric, ginger, sugarcane and a stick for driving the Cow/Bull is offered to the divine Lord for His blessings.

On Cow Pongal, Tamil Nadu also celebrates Kanu or Kannu Pidi, a beautiful tradition in which married women visit their parental home and perform a ritual for the wellbeing, prosperity, longevity of their brothers. In this Mattu Pongal ritual, on turmeric leaves or ginger leaves women keep smll portions or balls of sweet Pongal/Sakkarai Pongal, white rice mixed with Kumkum and turmeric powder, banana pieces, betel nut and leaves, and sugarcane pieces, out in the courtyard or any open space at home. These different kind of rice and other ingredients are then fed to mainly crows, and other house creatures like squirrels, sparrows. While feeding the crows and other creatures the women say ‘Kakai Ku Pudi, Kuruvi Ku Pudi’, and pray for their brother/s. The brothers then give a gift to their sister/s.

Another popular part of Mattu Pongal celebrations include the Jallikattu event, which is a game played between the villagers and Bulls, and is surely a much awaited Mattu Pongal special event. It is a game which is played in the evening of Mattu Pongal where the participants, both cattle and men gather in the village community ground/field to play this much anticipated game, while villagers throng to watch it. In the original game format, money was tied to the horns of the Bulls or Cows and were released in crowd while the villagers chased them to retrieve and win the money. They had to get the Bull under control and if they succeeded then the money was theirs and if the Bull managed to run away, then the money went to the owner of the Bull. However, this was a dangerous game and many as incidents of the cattle and villagers suffering severe injuries or death became frequent, this format has been discontinued.

The present form of Jallikattu is a milder version of the previous one, where all safety measures are taken and the popular game is done in a restrained manner, in an enclosure especially made in a common ground of the village. The Bulls are trained for the game and the youth of the village participate. The prize money is given to both the owners of the Bulls and the male participants. The men are required to grab the hump, horns or tail of the Bull and hang on as the Bull runs around the enclosure trying to throw him off. The assembled villagers enjoy the Jallikattu. This format too has resulted in fatal injuries and death of participants and spectators, which has raised questions 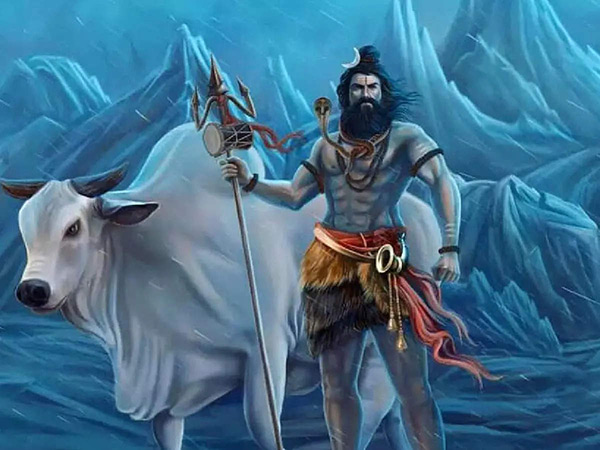 The interesting legend of Mattu Pongal is about Lord Shiva’s vahana (mount) and the gate keeper of Mt. Kailash, Nandi, the Bull. Once Lord Shiva commanded Nandi to go to earth and tell mankind to take oil massage every day and have food only once a month. But when Nandi arrived on earth He got confused and gave the wrong message to have food every day and take oil massage once a month. When Lord Shiva heard about Nandi giving the wrong message He was enraged as Nandi’s wrong message would mean that there will a requirement for enough food for all humans to eat every day. He commanded Nandi to go back to earth and work with the human beings and help them to grow enough food crops so that there is no dearth of food. Nandi being the obedient dedicated being that He was followed His Master’s command and served in ploughing the agricultural lands with the farmers on earth.

The four days of Pongal festival are:-

Date 14 Jan, Saturday
The first day of Bhogi Pongal is in praise of the God of Rain, Lord Indra, who helps with the water which is required for growing crops. It is also a preparatory day for Pongal celebrations when people clean their houses, discard old things which are not required. People burn their old clothes and other small household items in bonfires of wood and cowdung cakes. This tradition is known as ‘Bhogi Mantalu’. Women wear new clothes and offer prayers around the fir to usher new energies and beginnings.

Date - 15 Jan, Sunday
Surya Pongal is the main day of Pongal festival, in which the source of life, Surya Dev (Sun God) is thanked and worshipped for His nurturing light, which helps in reaping a good harvest. Surya Pingal is also called Thai Pongal as it is the first day of the Tamil month Thai, and it is the Tamil New Year. People wear new clothes, women wear their and decorate their houses by drawing colourful Kolams (Rangoli), often depicting Sun God and other lovely designs. Marigold flower and Mango leaves torans are put on the main entrance etc, inviting auspicious new beginnings. People pray to Surya Dev for His blessings of bountiful crops, prosperity and happiness. Pongal is cooked and first offered to the Sun God and then distributed among family and friends as prasad. There are different varieties of Pongal which are made and people feast on good food and merrymaking, greet each other for the new year etc.

Date - 16 Jan, Monday
The third day of Pongal is Mattu Pongal which is dedicated to the cattle, mainly Bulls and Cows, who help in ploughing the fields for growing crops which lead to harvesting abundantly. The cattle are decorated, and worshipped, offered sweet Pongal and thanked. The popular Bull game, Jallikattu, is also a part of Mattu Pongal.

Date - 17 Jan, Tuesday
Kaanum Pongal is the last of Pongal festival. On this day people visit each other exchange gifts and sweets and enjoy the company of family and friends. Going for picnics is common on this day. It is an auspicious day for marriage proposals.