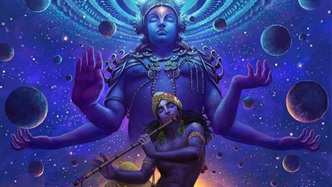 Papmochani Ekadashi (March 19, 2020 Thursday) is last and one of the most significant Ekadashis falling in Chaitra month (April-May) as per North Indian calendar and Phalgun month (March-April) as per South Indian calendar. ‘Papmochani’ is made of ‘paap’ meaning ‘sin’ or ‘misgivings’ and ‘mochani’ meaning ‘remover’; the one who removes the misdeeds committed knowingly or unknowingly. This Ekadashi happens between Holi and Chaitra Navratri. It is the last Ekadashi of the year. It is the most divine Ekadashi for nullifying all the sins. One should observe fast on this day as per the timing given below:

You can start observing fast at sunrise on March 31 and end (Parana) it after worshiping Lord Vishnu on April 1 between 1:56 PM and 4:22 PM.

How To Celebrate Papmochani Ekadashi: What to do on this day?

Every Vedic custom has a reason behind its celebration so does Papmochani Ekadashi.  During the Vedic times, Rishi Chyavana lived with his son Medhvi who possessed bodily strength and beauty. Medhvi always engaged in meditation and austerities in order to keep himself pure in mind and body. As he went on performing austerities, King Indra of heaven could not bear his excellence and sent heavenly beauties such as Apsaras and other enchanting damsels. This was on purpose to break his meditation but produced no results as he was fully absorbed in spiritual bliss.

A few days later, an Apsara named Manjugosha entered a hermitage nearby that of Medhvi. She started singing enchanting songs in the most melodious way. He gradually found himself getting drawn to her. And as his meditation came to a standstill, a Cupid on the order of Indra shot an arrow that aroused pleasur-seeking feelings in him. As a result, he fell in love with her and all the purities he attained through long meditation faded. He was lost in her so much that he couldn’t realize the passage of time.

Years later, she told him that a lot of time had passed and he must leave her. Medhvi returned to his senses discovering that it was her illusory trick that destroyed all the fruits of his meditation. Angered by her act, he cursed her to become the ugliest woman in the universe.

He apologized to his father Rishi Chyavana for losing all the strength due to an insignificant act of chasing a woman. Chyavana pacified him and said that he must perform Papmochani Ekadashi to get rid of this sin. Also he advised Manjugosha to do the same. As a result, both of them got cleansed of their sins due to the grace of Lord Vishnu.

Recommended Articles
Have a Question?