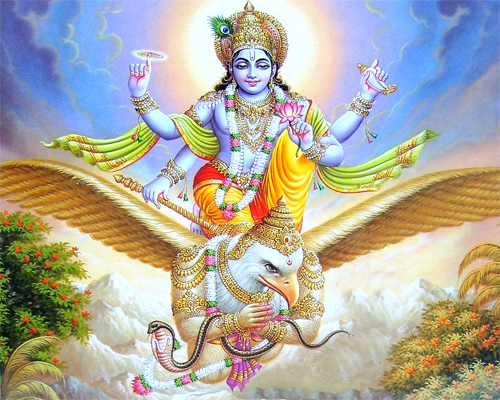 The fast must be broken after sunrise the next day of Ekadashi. It is to be noted that one should break the fast (Parana) within Dwadashi Tithi. Dwadashi ends at 07:26 AM on 7th October. Another important consideration is that one must not break the fast during Hari Vasara which is the fourth duration of Dwadashi. The best time to break the fast is pratah kala (morning).

Pasankusa Ekadashi Vrat or fast is important to observe because, as mentioned in the ancient texts, it bestows the merits equivalent to performing 100 Surya Yajnas, a thousand Ashwamedha Yajnas and visiting all the pilgrim places. The devotee is blessed with a happy, healthy, successful, materially content life.

Observing the Pasankusa Ekadashi Vrat nullifies the sins of devotees, elevates spiritually and makes the way for getting freedom from the cycle of birth and death, at the end of his/her life. The Pasankusa or Papankusha Ekadashi brings the blessings of Lord Padmanabha(Vishnu) and protects the devotee and his/her family. The Observing the Pasankusa Ekadashi Vrat meticulously relieves the sins of then generations of ancestors both from one's father's and mother's side and fulfils the desires of devotees. If donations are made on this pious day the devotee is saved from going to hell.

Once in the Vindhyachal Mountains, there lived a hunter named Krodhana, who was crude and spent his life committing sins like, looting innocent people etc. At the end of his life, Yamraj sent His assistants to Krodhana. Knowing well that he had spent his life in sins, Krodhana feared the suffering in Yamlok. He went to the wise Sage Angira to give him a way out from going to hell. Sage Angira took pity on him and suggested him to observe the Pasankusa Ekadashi with full faith and sincerity, following the rules. Krodhana followed the advice of Rishi Angira and observed the Pasankusa Ekadashi meticulously. This absolved all his sins and after his death, his soul reached Vaikuntha, the abode of Lord Vishnu.