What is Puja? - Everything About Vedic Pujas Services

» Online Puja Services » What is Puja? - Everything About Vedic Pujas Services

India’s multifarious age-old culture is adorned by various pujas such as Shiva puja, Durga Puja, Lakshmi Puja, Vastu Puja and other various Hindu ceremonies. All the Vedic literatures right from the Four Vedas, Puranas, Itihasa, Upanishands to the great epic Mahabharata and the Ramayana mention the performance of Puja/Pooja (prayer rituals) for appeasing the deities. Additionally, the concept of Puja/Pooja is also used in the context of revering the presence of a special guest or for the memories of the departed.

The idea or concept of Puja differs from the various schools of thoughts in Hinduism. Primarily it splits into Nigama rituals and Agama rituals; the former is worshipping Agni (fire) without a deity image or idol and the latter includes the deity idol or image.

Generally, in a Puja ritual, a worshiper lights up a diya (oil or ghee lamp), chants mantras, sings Vedic hymns in praise of the Divine. Then eatables (fruits and sweets) are offered to the deity. These eatables after prayers become purified and become prasadam (blessed or holy food) shared by all.

Rudra Centre Puja Services now has its own beautiful Puja services temple in the holy city of Trayambakeshwar. Pujas and rites such as Kalasarpa Dosha Nivaran Puja, Rudra Abhishek, Mahamrityunjaya Jaap, Pitru Dosha Nivaran Puja, Narayan Nagbali, Tripindi Shradh are performed here. Trimbakeshwar is the place where sacred river Godavari originates. It is home to one of the 12 Jyotirlinga temples and one of the most holy cities for pilgrimages. Now with Rudra Centre Puja Services, devotees from all over the world can get their Pujas or rites performed right in Trimbakeshwar, Nashik by Karamkandi Pundits.

Vedic rituals mostly revolve around asking the gods for their favor for material gains and fulfilments, success in court cases, protection against adversaries and for enhancement in personal and professional life. There are rituals for realizing one’s eternal unions (oneness) with the Supreme too. The overall Vedic philosophy behind a ritual is to attain Dharma (religion), Kama (fulfilment of desires), Artha (Economic prosperity) and Moksha (liberation). When a ritual is performed under qualified Pundits, thoughts and vibrations of spiritual and cosmic forces are drawn toward the homa fire which in turns creates a defensive shield around the Yajman/participant. These divine forces remove the negative influences from personal and professional aspect of your life. All this in turn blesses with peace of mind, material affluence and the revelation of your true nature.

Step by Step Puja at Home or Temple

Ritual Pujas are best conducted under able Brahmins or priests who know Vedic rituals in detail and are proficient in mantras dedicated to the same.

This is the standard worship of the deity followed by qualified pundits. Puja in Hinduism, is a path and process of transformation of consciousness, where the devotee and the spiritual significance of the deity are brought together. This ritual puja process is considered to be liberating, purifying, a form of release and Yoga(joining/connecting) of the individual self with the supreme consciousness. 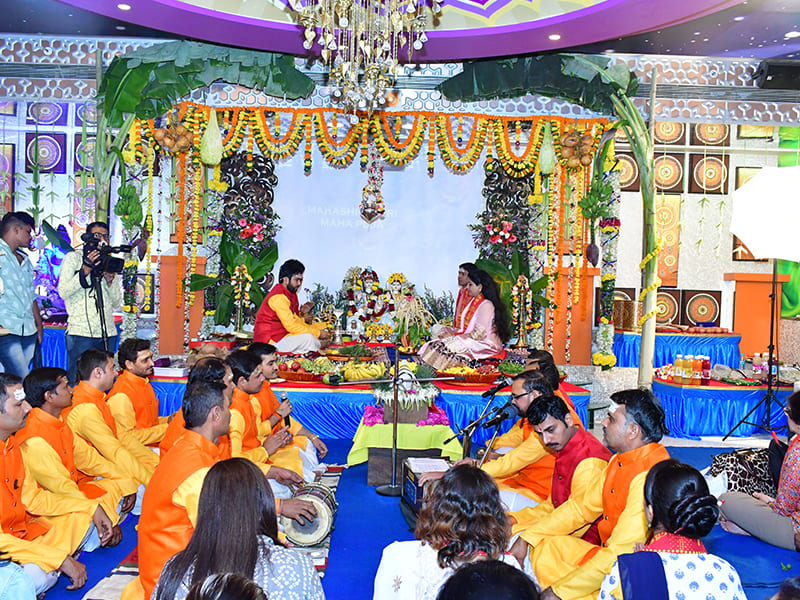 We have an old-age belief those devotees who conduct Puja and offer prayers to God, never return with empty hands and all their wishes get fulfilled. Pujas are powerful and is an effective practice in one’s spiritual journey on the way to enlightenment. When you perform puja, you receive the blessings of God. It guides you on the right path and connects you to the right people and opportunities. Perfect devotion and doing your work with repeated efforts collectively helps to succeed in life and fulfils your desires.

Rudra Centre conducts Pujas in its own Temple installed in its office premises in Mumbai. Our beautiful temple has been created with divine idols in pure makrana marble which are duly installed with pran prathistha mantras. Rudra Centre has a team of well-versed, karmakandi priests from Shivkashi Temple who perform Pujas as per Vedic rituals. You may call the Pundits for conveying your Sankalpa (wish being taken) over Skype and would receive blessed Prasad and photographs/ DVD of the worship ritual.

For more than a decade, Rudra Centre has been conducting Pujas like Ati Rudra, Mahamrityunjaya Yagna, and Siddhi Laxmi Yajna for the benefit of mankind. Know More 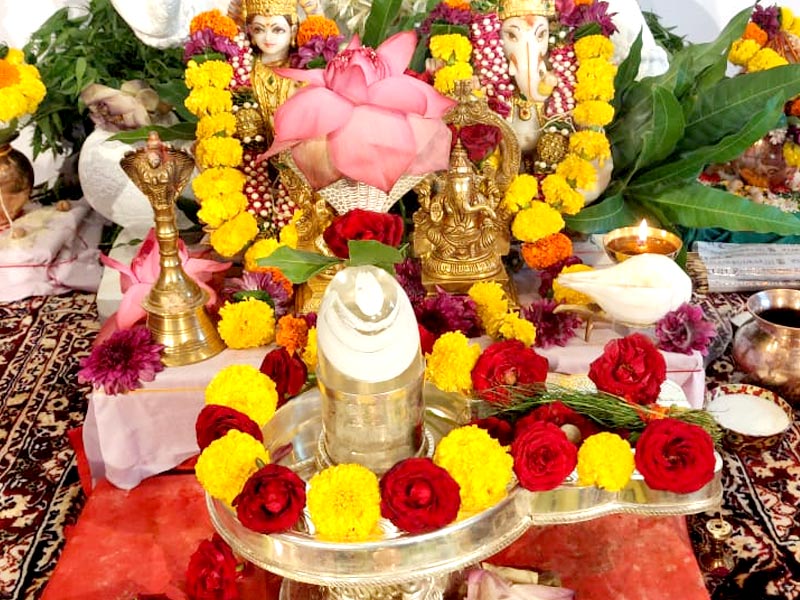 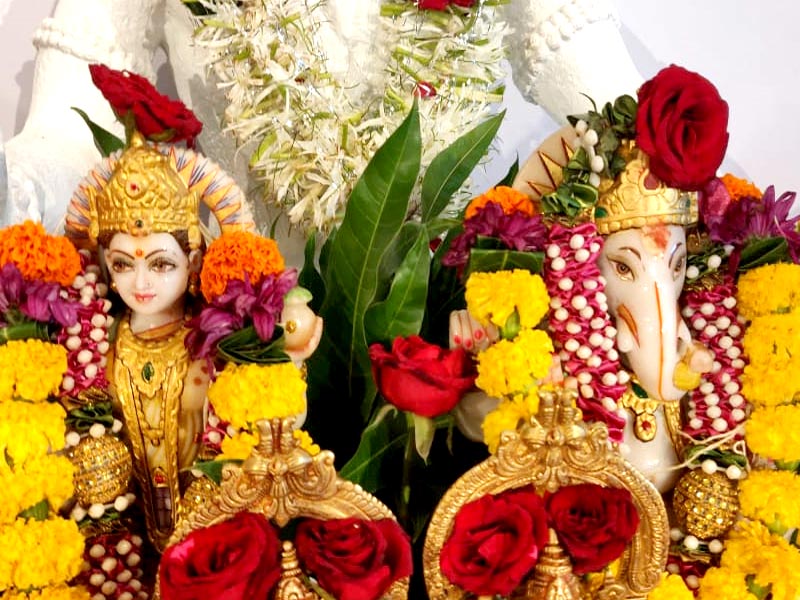 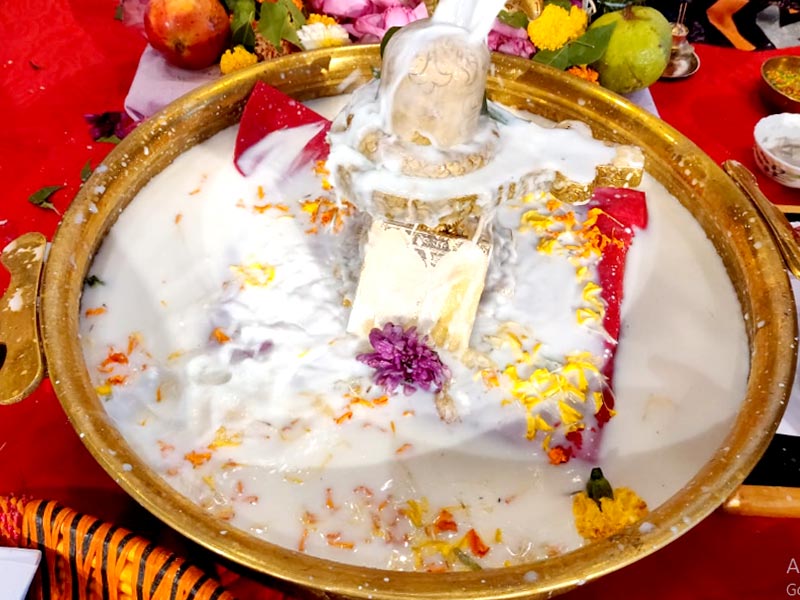 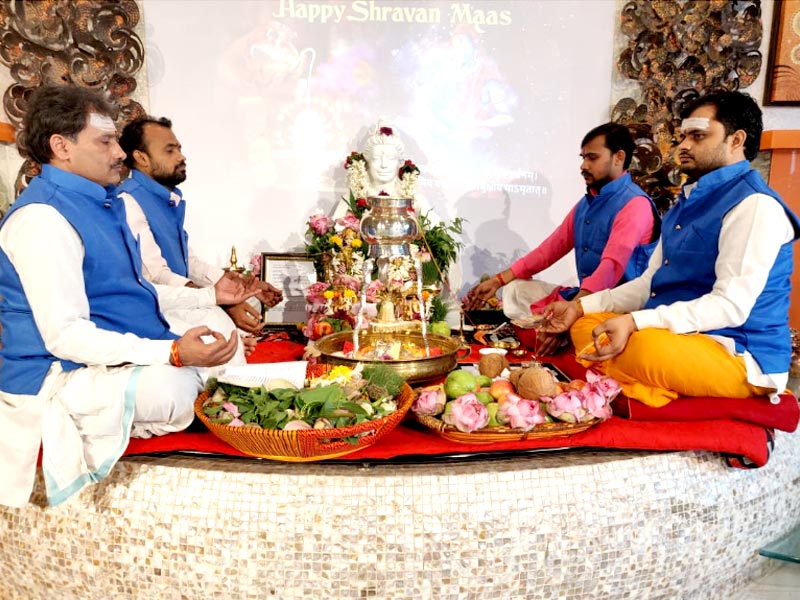 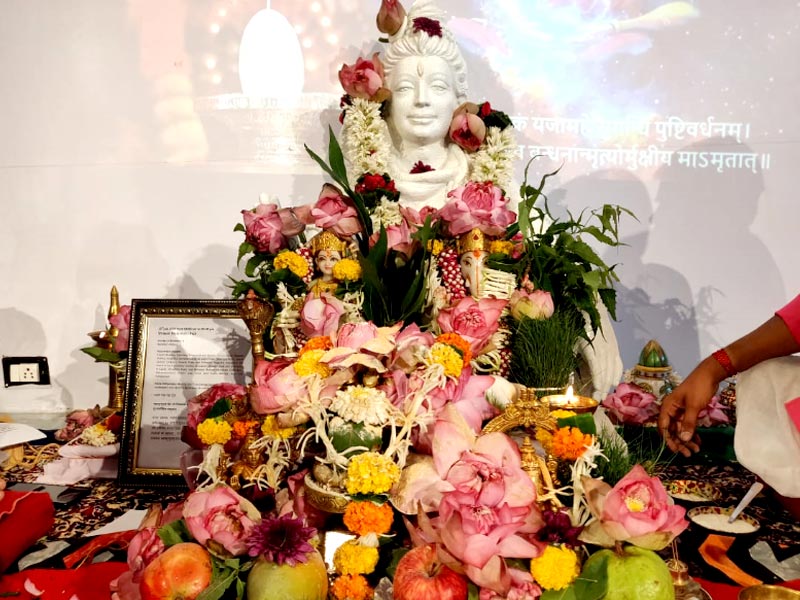 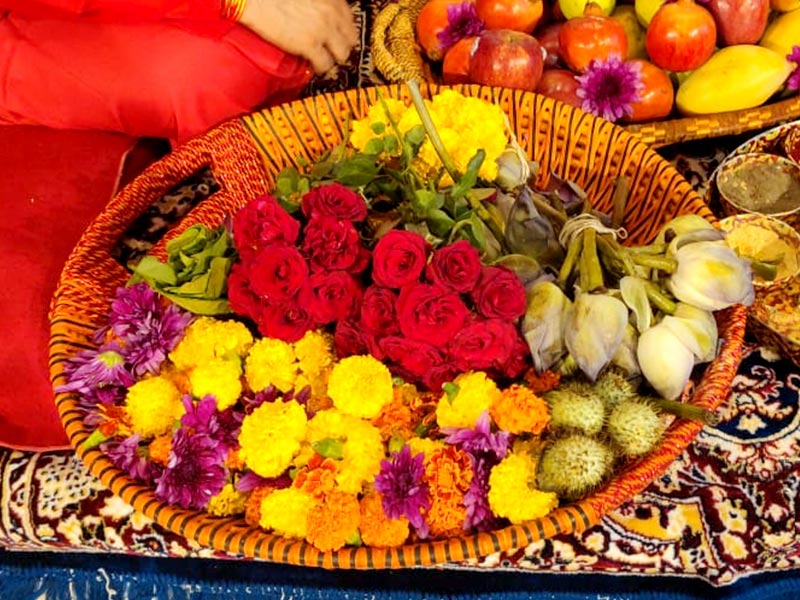 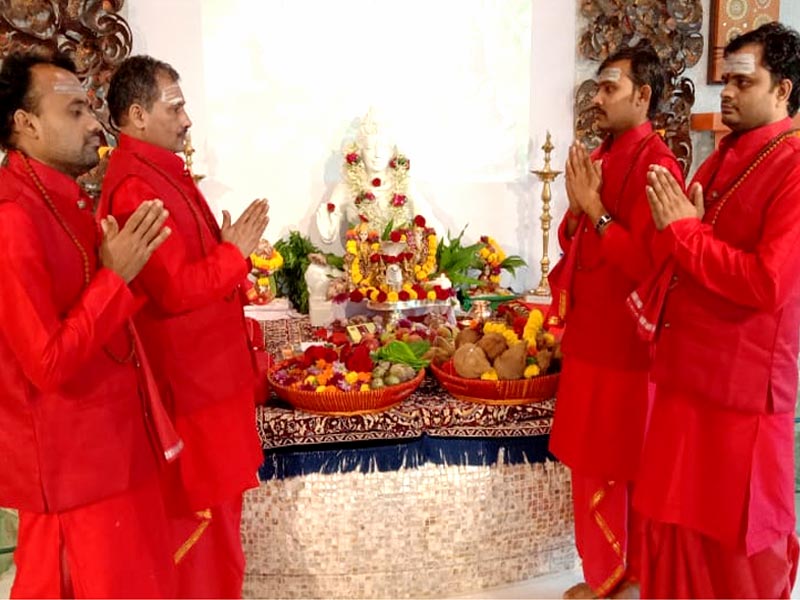 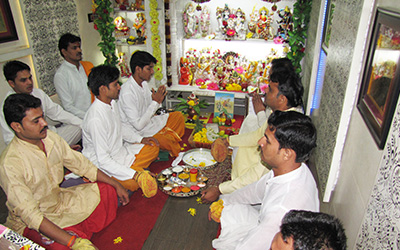 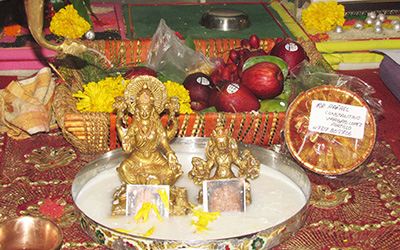 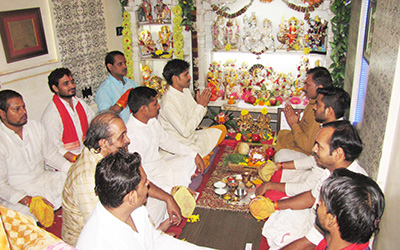 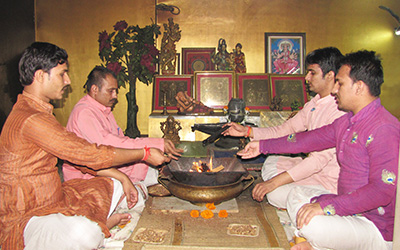 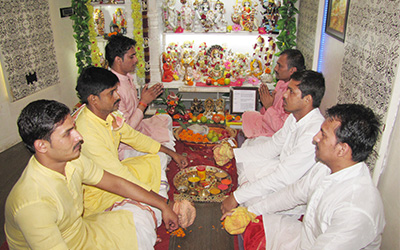 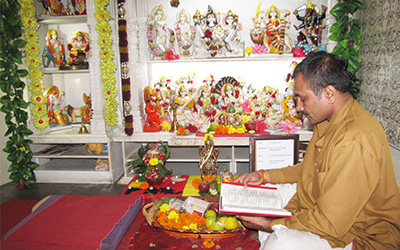 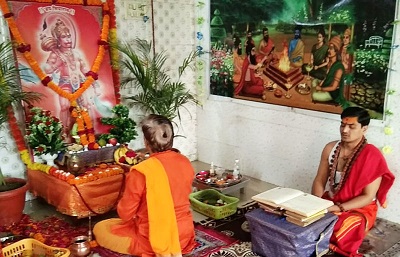 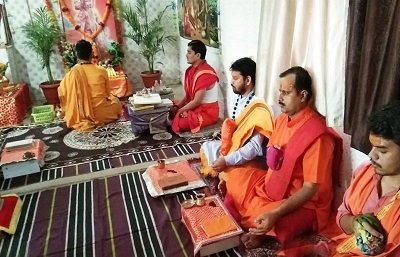