Shani: The symbol of courage and right judgement

Shani is one of the most significant deities in Hinduism. Shani or Planet Saturn is the seventh planet in the planetary system. According to the Puranas, Shani is depicted as a strong and fierce male deity who carries a sword or other weapon and is seen sitting on a crow.

Shani Dev is often feared and is believed to create obstacles in an individual’s life during the phase of Sade Sati, but that is not true. Lord Shani is known as the Lord of Justice. Thus, during Sade sati Lord Shani is said to deliver us with the fruits of our past and present Karma. According to the ancient scriptures, Lord Shani, is known to be the son of Sun God and Chaya (Sanvarna). He is often referred as the pitiless God, who rules the planet Saturn. He is believed to be the elder brother of Lord Yama, the God of death. Both Lord Shani and Lord Yama show correct path and teach lessons of righteousness to all the living entities. 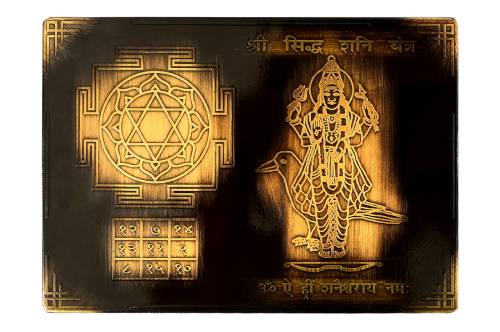 The Shree Shani Yantra with photo is made in Copper with an antique finish. The Yantra is on one side and the photo of God Shani on the other. It can be installed at home or workplace in the East, facing West. The Yantra is worshipped to get relief from malefic effects of Planet Shani (Saturn) if unfavourably placed in the Birth chart. The Yantra provides mental strength, the courage to conquer all difficulties, helps to make the right decisions, brings financial and worldly success etc.

The Shree Siddh Shani Yantra is made in Copper with Gold plating. It can be either installed at home/office and be easily carried in wallet, purse, cash box because of its pocket size. Meditating or worshipping on this Yantra alleviates the ill-effects of Planet Shani during Sade Sati phase. It brings financial ease, mental and physical strength, obstacles are removed, gives the courage to overcome challenges, clarity in judgement, protects from illnesses and ushers blessings of Shani Dev. 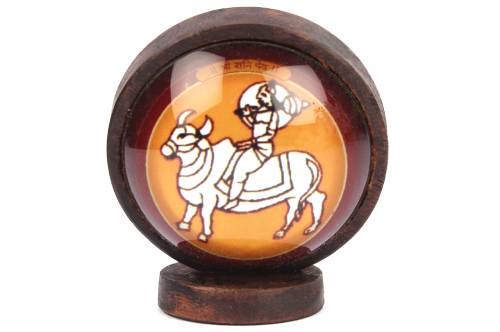 The Shree Shani Yantra is made in round wooden frame with Crystal Glass on both sides, that magnify the images, with the image of God Shani on one side and the Yantra geometry on the other side. The Yantra is tuned to energies of Shani Dev is worshipped to appease Him and propitiate an afflicted Planet Shani. It brings financial flow, success in business, heals diseases, provides correct judgement and decision making skills, mental strength, overcome challenges and other blessings.

Copper pre-energized Siddh Shani Yantra Lockets, with Yantra diagram and Shani Bhagwan image on either side of the Locket. This powerful Yantra is apt for wearing to get relief from the malefic effects of afflicted Planet Shani in the Natal chart. Siddh Shani Yantra Lockets brings success, financial ease, removes hurdles from life, gives mental strength, the courage to overcome challenges, healing of diseases and garner Shani Dev's blessings. Meditating on the Shani Yantra has proved extremely beneficial for many. 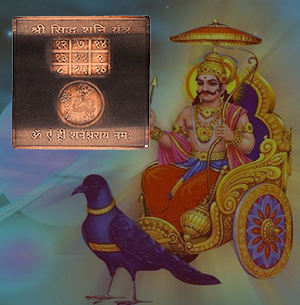 In order to safeguard yourself from evil eyes and negative energies, you can install the Shani Yantra in your house, office or even wear it as an ornament. The Shani Yantra is a sacred instrument that consists of numbers and symmetric design that resonates with the powers and positive frequencies of Lord Shani. This mystical diagram has the power to attract the principles of Lord Shani and carries the signification of His mantra or process. This powerful Yantra resonates with the positive energies of Lord Shani and blesses the worshipper with courage, confidence, mental and physical strength.


Shani Yantra: An object of Meditation

This Yantra can also be used for meditating over Lord Shani. This will help in making you more focused and mentally stable. It will also aid in attaining union with God through geometric visualization. This Yantra is the window through which you can align with divine energy. Through resonance it connects you to the energy present in the macrocosm.

When you look at the Shani Yantra, you will notice certain numbers printed, engraved or embossed on it. These numbers make a mathematical design and if you look closely, whichever way you add the given numbers, be it horizontally, vertically or diagonally, the sum of it remains constant. The upper centre of this diagram contains the number for each respective planet.

Shani or Saturn is the seventh planet in the planetary system. According to astrology, if the Saturn is placed in the right house in the birth chart of a person, the person lives a long life, is calm by nature, is confident, observant, clever, skilful, organised and an excellent administrator. But on the other hand, if Saturn is not placed in the correct house in the natal chart than the person experiences delays, difficulties disputes in every walk of life.