How to Identify Shaligram Stone and its Types

Shaligrams are found only in the Gandaki River in Nepal. Thus many a times it becomes difficult to identify a genuine Shaligram from a counterfeit one. Unfortunately taking advantage of the high demand of original Salagrama Shilas, many traders deal in fake Shaligrams knowingly or sometime even unintentionally. Some traders even make fake Shaligrams using black cement; these are easily identifiable by an expert. Also please note that no two Shaligrams are identical so if someone is offering the multiple shaligrams which look identical then they are fake. Shaligrams which has carving of Naag, exact Chakra designs, lines, artificial holes or are of unusual color are also best avoided as they are most likely fake. Shaligrams with rough body should also be avoided as most Shaligrams from Gandaki River are smooth in nature. 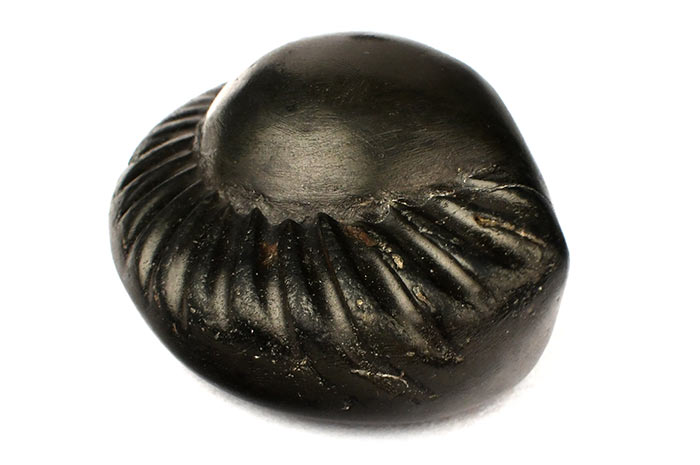 Check the colour. Lustre, shape of the Shaligram. Real Shaligram Shilas will have uneven patterns which will be beautiful. Make sure if the design looks too “perfect” it may have been manufactured or carved in the stone. Many people will apply M-seal on the shaligram to hide carving marks so you can place the shila in hot water and rub your finger around the surface to check if any residue of M-seal come on your fingers

This test required prior experience with Shaligram Shilas. Devotees who have never seen an original Shaligram Shila may not be able to tell the difference

You can send us high definition images of your Shaligram Shila at contact@rudracentre.com or WhatsApp : +917021180033 and our expert will check if the Shaligram Shila is original or no 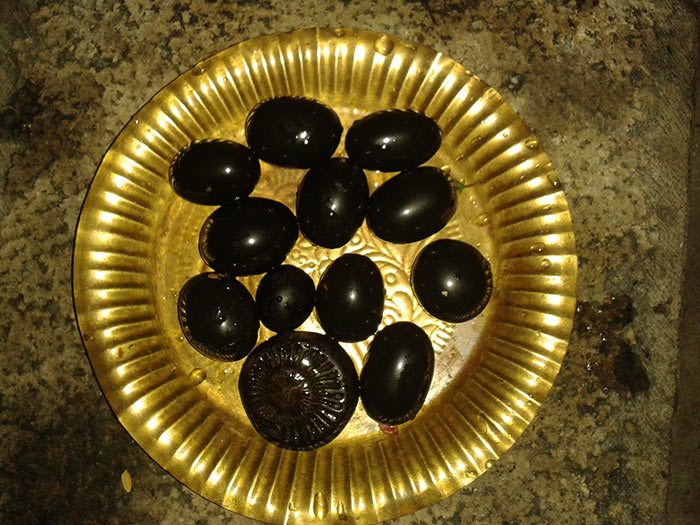 The same may be true for some other stones with smooth surface as well but in case of a Shaligram the color which is left behind on the surface of the Shaligram is semi-permanent in nature because original/authentic shaligram has high affinity with these precious metals. In case of any other stone the color/deposit can be wiped away easily with the thumb or a cloth. On Shaligram the gold and silver deposit will stick with much vigor and one won’t be able wipe off the glitter easily.

It is highly recommended that a devotee makes the purchase from only a reputed and known dealer or organization who deals into authentic and genuine Shaligram Shilas. Devotees should educate themselves about how and from where the Shaligrams are sourced.

It is best to purchase Original Shaligram Stone from a reputed organization like Rudra Centre.

Shaligrams may be worshipped by men and women, and all people of all religions alike. God is the all-pervading existence and there are no distinctions by Him. Only love, faith and gratitude are needed for blessings.

Shaligrams are an iconic representation of Lord Vishnu and one who worships them is blessed with peace, protection, abundance and manifestation of desires. Just as Lord Vishnu had many Avatars and forms and one who worships any one of them gets blessings from Lord Vishnu Himself, just so Shaligrams were categorized in many ways as devotees searched for marks and identifications to find which form of Vishnu they represent. But worship of any of them, would bestow the same blessings as that of any other. Ancient authentic references do not make distinctions among salagrama stones; any Salagrama-stone is taken as a visible representation of Vishnu. The salagrama-lore that seeks to identify the different stones and ascertain their worship-worthiness is obviously a part of the later puranic culture. Also in all the Puranas, the identifications are mentioned, but nowhere the benefits or the blessings of the different forms are mentioned distinctly, meaning very clearly that blessings that follow any form is equivalent the other.

Shaligrams are primarily classified depending upon their marking and appearances. There are numerous types of Shaligrams, 24 types of Shaligrams are considered to be related to 24 incarnations of Vishnu, these are also related to the 24 Ekadashi fasts of the year. These 24 types of Shaligram representing 24 manifestations of Lord Vishnu as mentioned in the Skanda Purana are Keshava, Madhusudana, Shankarshan , Daamodara, Vaasudeva, Pradyumna, Vishnu, Maadhava, Ananta, Purushottama, Adhokshaja, Janaardan , Govinda, Trivikrama, Shridhar, Hrishikesha, Nrisimha, Vishvayoni, Vaamana, Naaraayana, Pundarikaaksh, Upendra, Hari, Krishna.

Then there are other Shaligrams which are classified as per markings on them which are associated with Lord Vishnu such as Chakra, Shankha, Gada and Padma. Identification and classification of an original Shaligram is difficult and subjective task. Details about various types of Shaligrams are given in varied scriptures such as Vishnu Purana, Garud Purana, Skanda Purana and many more.

Over time many other Shaligrams symbolizing other Deities as well got classified, some with scripture reference and some otherwise. Shaligrams are also found in different colors such as black, brown, blue, yellow; so, they are also classified as per their color and number of Chakras or holes present on them and more. 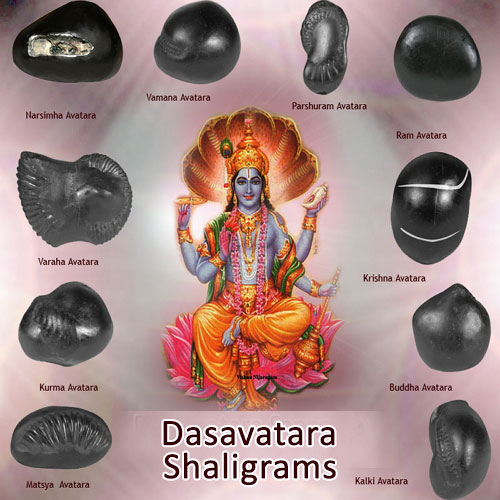 Mentioned below are some popular types of Shaligrams:

Other benefits of Salagram Shila include:

Other benefits of Salagram Shila include: