What is Ganesh Chaturthi? Why is it celebrated?

» Yantras and MahaYantras » Yantras » Ganesh Yantra for Success » What is Ganesh Chaturthi? Why is it celebrated? 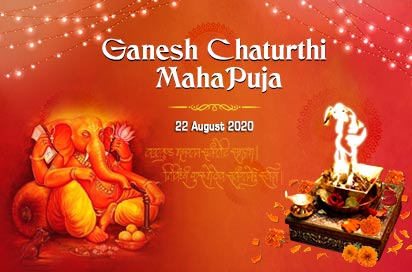 India, a country of rich culture and history is known worldwide for its festivals and the history behind these festivals. Even today in order to preserve the culture and traditions, festivals are celebrated in more or less the similar traditional manner, the way they were celebrated in the ancient times. One such highly celebrated and much awaited festival in India is ‘Ganesh Chaturthi’.

In Hinduism Ganesh Chaturthi, is a 10-day celebration of the birth of Lord Ganesha who is also revered as elephant-headed God. Before starting anything new, people always first worship Him as it is considered that He is the God of wisdom, stability and prosperity. 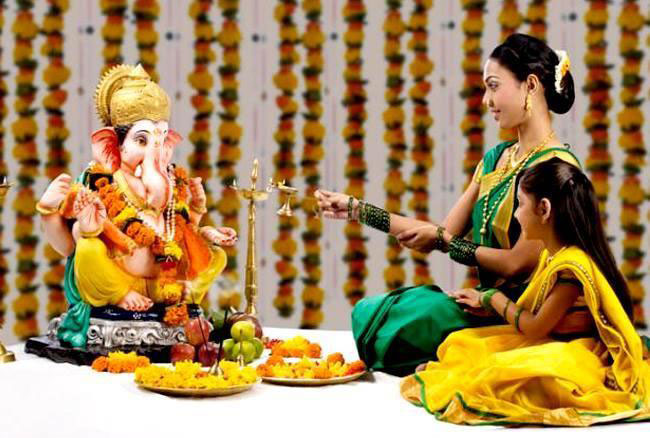 The birth of Lord Ganesha is thus celebrated by all the Hindus in utmost great enthusiasm, happiness and devotion.

When is Ganesh Chaturthi?

This year the festival of Ganesh Chaturthi will fall on the August 22, 2020 Saturday and it will end on the Anant Chaturdashi which falls on September 1, 2020 Tuesday. Anannt Chaturdashi is also known as Ganesh Visarjan.

In which month is Ganesh Chaturthi celebrated?

Ganesh Chaturthi generally falls between the months of August and September in the Hindu month oof Bhadra on the Shukla Chaturthi.

Ganesh Chaturthi also known as Vinayaka Chavithi is one of the most celebrated festivals that is observed in honour of the beloved God, Lord Ganesh. There is ample of Ganpati festival information or Ganesh Chaturthi festival information that is available on web. Also, there are two popular legends that revolve around the Ganesh Chaturti celebration. Let us learn about both these legends. According to the ancient Hindu Scriptures, The story of Lord Ganesh’s unusual birth and His divinity lead to the popularity of Ganpati celebrations. Once so happened that Mata Parvati was busy bathing and She did not want to be disturbed by anyone hence, She created a boy in human like avatar out of the turmeric paste that She had applied on Her body. She put life in His body and told him to guard the doorway of the house. She instructed the boy not to allow anyone to pass through the doorway. In sometime, Lord Shiva returned home to find an unknown boy taking rounds to and fro at the gate of the house. As Lord Shiva tried entering the house, the kid stopped him from entering the house. Loed Shiva informed the lad that He was the better half of Goddess Parvati and He wished to see Her but, the little one was adamant. He blocked the way of Lord Shiva and did not allow the Supreme to pass through the doorway. Angered and insulted by the gesture of a small boy, the Lord beheaded the boy, after learning this Mata Parvati was devastated Her anger, sorrow and emotions overflew, She was so furious that She called out to all Her fierce and dangerous avatars with the intent of destroying every creation. On witnessing this, Lord Brahma intervened and asked Goddess Parvati as to what would calm Her down on which Parvati replied that the entire creation in this universe can be saved from Her wrath only if the boy got back to life and if everybody worshipped Him before all the other Gods. Brahma and Lord Shiva agreed to the two conditions put forward by Her. Lord Shiva ordered His ganas to go in search of the little boy’s head. The ganas were unable to find the head hence, Lord Shiva told them to get the head of any dead animal whose head faced towards the North. The ganas returned with the head of a giant Elephant. Lord Brahma attached this huge Gajanana (Elephant) face on the body of the Kid and thus Lord Ganesh came into being.

According to the second legend, Lokmanya tilak and Ganesh Chaturthi form the most inspirational chapters of Indian History that lead to India’s freedom. As per the Historical events, information about Ganesh Utsav celebrations date back during the British Raj over India. During the British rule, Indians were not allowed to held public meetings or gather in groups. The fight for freedom had already begun. Indian revolutionaries were finding ways to connect and create strategies against British Sarkar. Due to stringent British rule and ban over public gatherings, Freedom Fighter Lok Manya Tilak came up with an idea He started the Sarvojanik (public) Ganesh Utsav Celebration with the intention of gathering other Indian freedom fighter and creating strategies to put an end to Brish rule. Under the pretext of religion and Ganesh Festival celebrations, the freedom fighters met and conducted meetings. This is how Lokmanya Tilak Ganesh Utsav came into being.

In which state Ganesh Chaturthi is celebrated?

The festival of Ganesh Chaturthi is widely celebrated in the state of Maharashtra. Pune being the Janma bhumi (birth place) of this festival, the ganpati festival celebrations are now celebrated in states including Goa, Tamil Nadu, Karnataka, Telangana, and Andhra Pradesh. The Ganesh Puja celebrations also known as the Vinayaka Chavithi celebrations at home fill the house with Sattvik energies and remove all the negative energies. Families that install the Ganesh idols at their homes send out Ganpati celebration invitation to their extended families and friends. The entire atmosphere fills with divine energies and festivities. The Ganesh Celebration at Home are done by chanting Ganesh Mantras, singing Ganesh aarti and by keeping a pure bhaav. Everyday new and fresh Prasad is offered to the Lord and this Prasad is distributed among the people visiting the house to take blessings and to pray over Lord Ganesh. From the past few years, people have understood the significance of using eco-friendly Ganesh idols due to the pollution caused by huge Ganesh idol made from plaster of Paris. In order to educate the children about the festival of Ganesh utsav and to make them understand the importance of maintaining ecological balance, eco-friendly Ganesh Utsav is celebrated in schools. Activities like drawing Ganesh idols and makingGanesh out of clay are held. Stories of Ganesha birth and other Ganesh stories are read out to the children. Thus, the Ganesh Chaturthi celebration in school is done on a very informative level in order to teach the pupils about our tradition and culture.