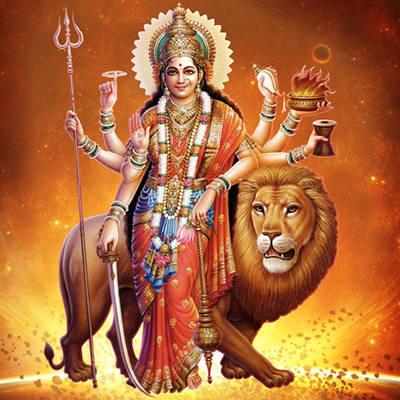 The rich tradition and spiritually uplifting rituals of Hinduism have deep rooted meaning and significance. Every ritual and custom that is practised during the puja ceremonies, festivals or events in Hinduism are ways of showing respect and getting closer to the Supreme. Right from lighting a ghee lamp to offering a chunri to the Goddess, the age old Vedic rituals of presenting offerings to the God and Goddess too hold immense significance.

In Hinduism, chunri, shawl or dupatta plays an important role in the lifestyle of women. Chunri is considered to be the most important piece of clothing for women. It is a symbol of modesty, virtue, probity, giving honour and respect. It is also a symbol of married women. Chunri is also worn in order to pay respect to the elders and to get their blessings,

When devotees offer chunri to the Goddess, they pay respect to the feminine principal or Shakti that runs this Universe. Our being or soul is Shiva and offering Chunri is connecting with our material nature or Prakriti or Parvati and offering respect to it.

Adishakti- The origin of everything and the importance of Chunari

Adishakti is ‘The One’ from which everything came into being. Adishakti is best described in the Shaktism sect of Hinduism as the Supreme Goddess (Devi), the Absolute Truth. She is the feminine power from whom everything originated. Adishakti is also known as Param Prakriti as She evinced Herself as shoonya Bindu, the divine zero feminine Energy. She is the one without any form and from Her originated other forms or avtars of goddesses such as Goddess Parvati, Goddess Lalita, Goddess Saraswati and goddess Lakshmi etc. The Saguna energies of Adishakti are represented through these goddesses. Thus, in order to honour and to pay respect to the Supreme feminine power and to honour the Devi, chunari is offered. Chunri is an integral part of festivities. It is draped on head and shoulders like a scarf by women during religious functions, ceremonies and prayer rituals. It is draped around Deity Idols and altars too. Chunri is also often used in the puja altar as a seat for god and goddesses Idols and yantras.


Types of Religious Chunris offered to the Goddesses

These above mentioned types of chunris are available in various attractive designs, patterns and colours. These Chunris are also popularly known as Goddess Chunris or Mata ki chunri. The chunris are widely used in traditional ceremonies and puja rituals. One can also decorate the idols of Goddesses, Puja Altar, or also install the photographs and idols of Goddess on this holy piece of cloth.  These chunris are widely used during the festival of Navratri to adorn Maa Durga. Especially red chunri is offered to Maa Durga and other Goddesses during Navratri as the colour red is the symbol of Suhagan (married woman) and this vibrant colour is said to attract positive energies and divine vibrations of the Goddess.