WHAT IS DAS (DUS) MAHAVIDYA?

The Das Mahavidyas are the ten aspects of the Divine Mother, Goddess Parvati, the Adi Parashakti. These Ten Mahavidyas are known as Wisdom Goddesses of Hindus. The term 'Mahavidya' is a compound of two words, 'Maha' means great and 'vidya' means knowledge. Goddesses of great knowledge. The spectrum of these ten goddesses covers the whole range of feminine Divinity, encompassing fierce goddesses at one end, to the ravishingly beautiful at the other. Each of the Das Mahavidyas has her own significance, attributes, story, Mantras for invocation. For the seekers of spirituality, who practice Das Mahavidya Sadhana, all Devis can guide to liberation. They can evoke various stages of the awakening of the inner self, leading to enlightenment, for the dedicated devotee or seeker of knowledge. Chanting these Stotra is one of the powerful ways to invoke the Dus Mahavidya Devis. 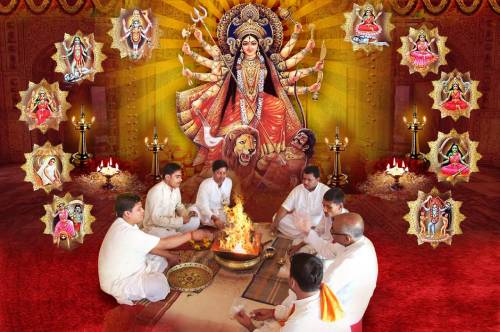 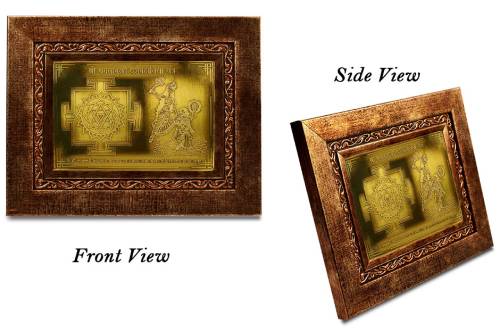 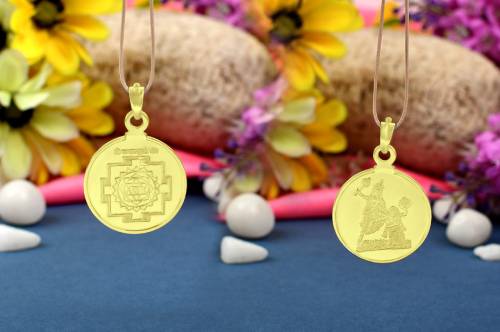 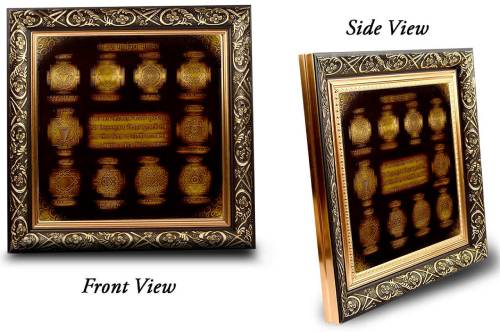 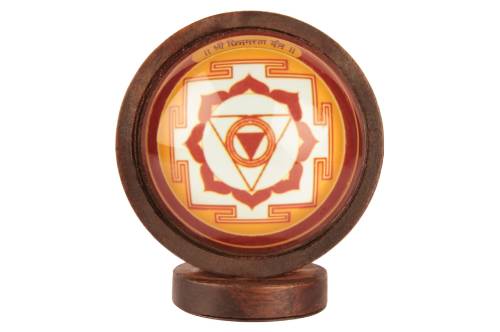 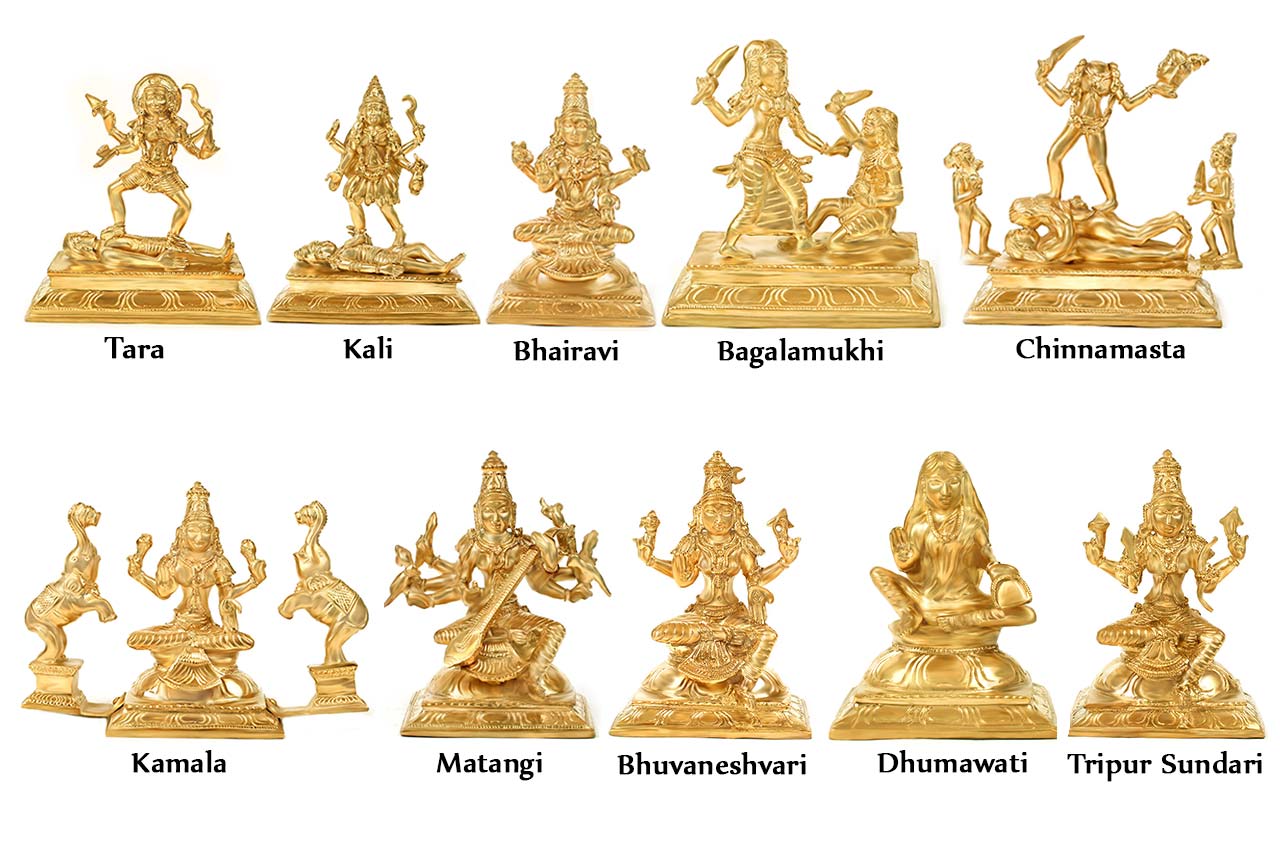 The Story of Dus Mahavidya 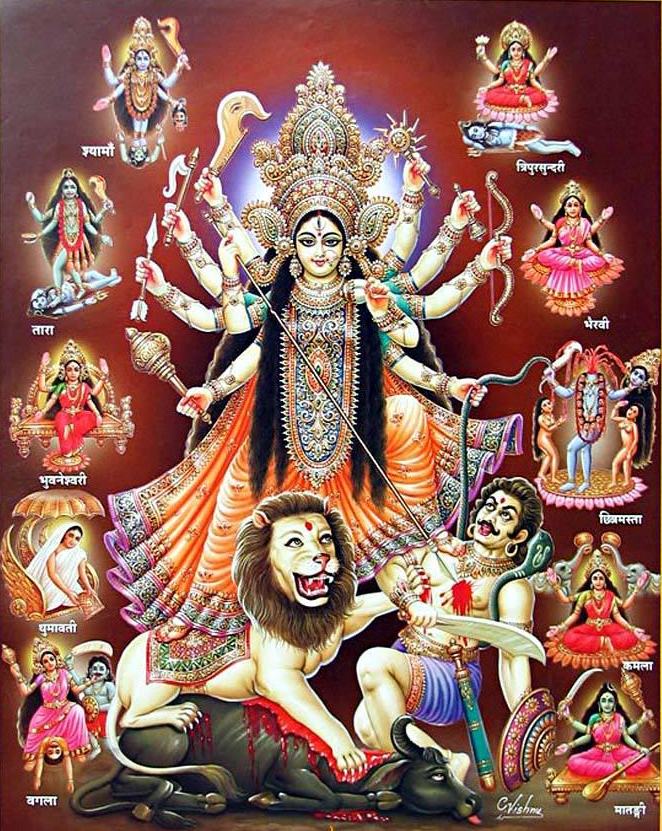 The Puranas have different versions of the story of the appearance of the 10 Devis, the Das Mahavidyas.Once during their numerous love games, things got out of hand between Lord Shiva and Goddess Parvati. What had started in jest, turned into a serious matter with Lord Shiva threatening to walk out on Parvati Maa. No amount of coaxing or cajoling by Parvati Devi could pacify Lord Shiva. Left with no choice, Goddess Parvati multiplied Herself into ten different manifestations for each of the ten directions. So, as hard as Lord Shiva tried to escape, He could not, as He found Her standing as a guardian, guarding all escape routes.

Each of Devi's manifestations made Lord Shiva realize essential truths, made Him aware of the eternal nature of Their mutual love and significantly made concrete in the Indian mind the Goddess's superiority over Her male counterpart. This incidence did not stir Lord Shiva in any negative way, rather it made Him spiritually awakened. Just as it was true for the Great Lord, so it is for us, ordinary mortals. Befittingly thus they are referred to as the Great Goddess of Wisdom.

However, Lord Shiva's refusal to give Her permission made Parvati Maa furious and She thought Her husband was disrespecting Her. Devi Parvati manifested Herself into the 10 forms, to show Lord Shiva Her power. Seeing these forms Lord Shiva tried to escape but the 10 Devi forms obstructed His way. At the end of it, Lord Shiva let Parvatiji go to attend the Yajna.The Goddess is indeed the muse who guides and inspires us in the journey of spiritual learning. She is the high priestess who unfolds the inner truths.

A Brief About Each of the Das Mahavidyas

This puja should be performed with the utmost care by following the rituals in detail. The Divine Mother, even in fiercest of appearances, is most loving and giving and is benevolent with Her blessings. Even though their forms are unconventional, Das Mahavidya Puja has numerous benefits.

Significance:
The cause which moves the subtle body to the infinite perfection and beyond, cut the ego! cut the ego! Maya! Maya! Oh, Goddess who removes all the darkness. I am ONE with God

Significance:
I bow to the Goddess who brings an abundance of knowledge and takes away fear and darkness.

Significance:
This sixteenth syllable that is Kala (Shrim) is ‘ S ' plus ‘ r ' plus ' i ' plus ' m ', from which the Vidya itself derives its name of Sri-vidya.

Significance:
I invoke the Goddess who presides over the richness of the whole world.

Significance:
I invoke Goddess Chhinnmastika who is the lighting-force power behind the Lord who wields the Vajra, the weapon of the God Indra (King of Heaven). You are the one who fulfils the desires and saves from all sorts of worries.

Significance:
Prayers to the one who creates an illusionary smoke screen (Dhum= smoke, Vati = cover) in the form of old age and death. May we see beyond the fear of illusions and mortality to truth and immortality.

Significance:
This mantra creates stillness and silence by destroying the creator and illusion, leaving us to dwell on the inner-most self that is beyond ego and illusion.

Significance:
I invoke Matangi, the one who destroys the demons by enchanting them first. Illuminate me with true knowledge of inspiration and expression.

Significance:
I invoke Matangi, the one who destroys the demons by enchanting them first. Illuminate me with true knowledge of inspiration and expression.

Significance:
I invoke the Goddess Baglamukhi who stuns the movement of evil persons, pulls out their tongue and destroys their evil intentions.