All About Holi Festival 2022

Importance and significance of Holi festival

What is the meaning of Holi Festival? When & why do we celebrate it? 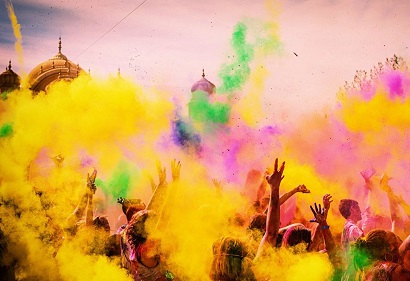 Holi (Holika Dahan on, 17th March Thursday, Dhulandi on 18th March Friday) is the festival of colors. The meaning of the Holi festival is described as the spring festival celebrated across the country to welcome the full moon day in spring or Falgun (February-March). Holi celebrations go on for two days. On day one, it is "Holika Dahan'' (Holika bonfire) or Chhoti Holi and the second day is Dhuleti, Dhulandi, or Dhulivandan where people play with colors and share festive recipes. The Holi festival symbolizes the conquest of the auspicious over inauspicious and good over evil. It is also a day to celebrate with your loved ones and family. Holi is regarded as a spring festival of India that welcomes spring after seeing off the season of winter.

During this festival, families meet their near and dear ones, bury the hatches and get into the festive mood. For the farming community, it is as good as a Thanksgiving Day because they thank God and pray for a good harvest. In spite of being of Indian origin, this festival has significantly become widespread in many parts of South Asia, Europe, and North America. On the first evening of Holi, people celebrate Chhoti Holi wherein they burn the effigy of Holika, the evil sister of King Hiranyakashipu who schemed through her to kill his own son Prahlad, a great devotee of Lord Vishnu. The next day is all about colors. People celebrate it as Dhuleti aka ‘Dhulandi’, ‘Rangwali Holi’ or ‘Phagwah’ wherein they smear each other with colors and water.

The Puranas, the Sanskrit
prose Dashakumaracharita,
and the poet Kalidasa
during the 4th century
reign of Chandragupta II
glorify the divine
spirit of Holi festival. 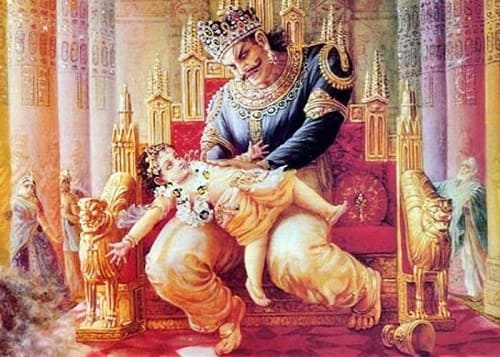 Holi is not limited to the borders of India but it is celebrated across the globe. Many parts of South Asia, Jamaica, Guyana, Suriname, Malaysia, Tobago, the United Kingdom, many countries of South Africa, Canada, Mauritius, the United States, and Fiji witnessed its celebration by the Indian diaspora settled there. As a result, even the locals of those regions join with their festive mood. Gaining celebrative acceptance on a larger scale in the world, the festival has its history rooted in ancient India. Ancient scriptures such as the Puranas, the Sanskrit prose Dashakumaracharita, and the poet Kalidasa during the 4th century reign of Chandragupta II glorify the divine spirit of the Holi festival. Even the Sanskrit drama Ratnavali (7th century) mentions the celebration of Holi. There are various stories about why Holi is celebrated. 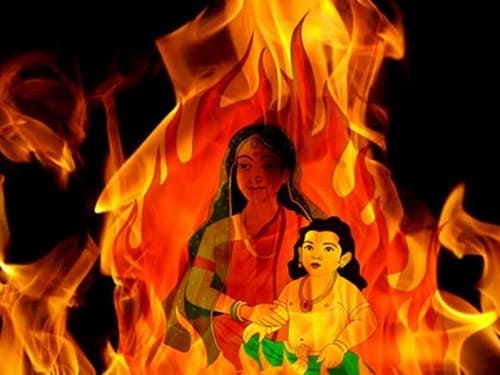 The Seventh Canto of Bhagavata Purana or Shrimad Bhagavatam mentions an ancient legend that explains the symbolic celebration of Holi. There it is mentioned that the earth was once ruled by the demonic king Hiranyakashipu who always envied Lord Vishnu (in His Varaha Avatar) for killing his brother, Hiranyaksha. When the king went into the forest to perform the severest Tapasya (penance) to please Lord Brahma, his kingdom was attacked by the gods under Lord Indra’s leadership. Sage Narada, condemning that the king’s pregnant wife is sinless therefore must not be attacked, took her to his kutir (Ashram) where he enlightened her on devotion to Lord Vishnu (Bhakti Yoga). Her unborn child Prahlada greatly influenced by those transcendental instructions grew up being a great devotee of Lord Vishnu.

Soon the king Hiranyakashipu found out that his son is devoted to his enemy (Lord Vishnu) and tried explaining to him why he (Prahlad) must give up his useless devotion to Vishnu. When unsuccessful, the king schemed to get his son killed in various ways like poisoning, getting him trampled under giant elephants, and locking him away in a chamber with venomous reptiles like snakes and pythons.

To kill his own son Prahlad,
King Hiranyakashipu appointed
his sister Holika whose attempt
resulted in her own death.
The night today is celebrated
as Holika Dahan.

Seeing his son survive these horrendous treatments, the king, at last, asked his sister Holika to burn Prahalad. She wore her enigmatic cloak and tricked the boy into getting in her lap while she sat on a pyre. She knew the cloak would protect her from the fire. But on this occasion, Agni, the Fire God who is a devotee of Lord Vishnu blew away her cloak while Vishnu tattvas (cosmic elements of cold and goodness) protected the boy Prahlad who was constantly praying to Lord Vishnu. Holika died at the hands of the Lord who later incarnated as Narasimha (Half lion and half superhuman) and killed the cruel king Hiranyakashipu as well. This is why we celebrate Holi and this is a well-known Holika Dahan story.

Hence on Holi, people offer prayers to Lord Vishnu who was incarnated as Narasimha to free the world of cruelty and injustice. Devotees chant the Vishnu Sahasranama which is one of the most sacred stotras in Hinduism to worship the Lord.

Holi festival is also associated with the pastimes of Lord Krishna with His divine friend and devotee Srimati Radharani. The events are said to take place in the Braj region of India, where Krishna and Radha grew up. There people celebrate the festival until Rangpanchmi. The central figure of their celebration is the divine relationship between Radha and Lord Krishna.

The merriments formally welcome spring wherein people celebrate the Holi festival as the symbol of divine, pure love of the Lord and His topmost devotees such Radha and Her friends

It was Krishna
and His close friend
Srimati Radharani who
started the celebration
of Dhuleti or Dhulandi
about 5ooo years ago
in the Braj region
of Mathura, India.

A legend has that Lord Krishna during His childhood pastimes once had breast milk of Putana who wanted to kill the Lord with her breast milk which was poisoned. This milk turned His skin dark blue. When the Lord further grew to enjoy His youth pastimes, He began to worry about His dark blue appearance. He constantly spent days thinking about whether Radha, cowherd girls and boys would like Him in His dark blue color. His mother Yashoda, worried about His stress, asked Him to color Her face with the color of His choice. When the Lord colored the face of Radha, She also reciprocated, so did the other cowherds, and these activities led to the emergence of a colorful festival today known as Holi. This is one of the stories related to the reason for celebrating Holi.Today Mathura, in the Braj region, which is the birthplace of Lord Krishna, sees the festival celebrated on a grand scale. People in Vrindavan celebrate Holi by performing a special puja that is the traditional custom of worshipping the Lord. It is this place wherein the festival goes on for sixteen days. Even in places like Hathras, Aligarh, and Agra, people celebrate the Holi festival more like the way it is celebrated in Mathura, Vrindavan, and Barsana.

Story of Lord Kamadeva and his wife Rati 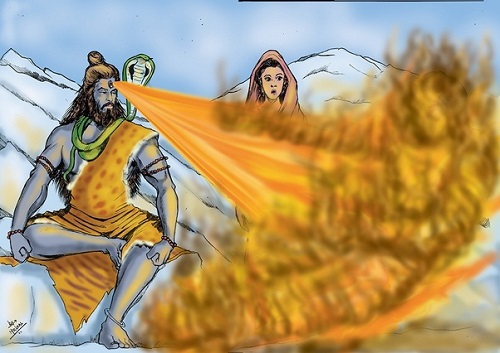 In the Shakti sect, the celebration of Holi is mentioned in relation to Lord Shiva, Lord Kamadeva, and Rati. Once Lord Shiva was in the deeper state of meditation. Seeking His association and intimate touch, Goddess Parvati asked Kamadeva, the God of love (Cupid) to invoke the mode of passion (Rajo guna) in Him. Following Her order, the God of love shot an arrow at Shiva who was awakened and as a result, He immediately burned him to ashes. Saddened by the event, Kamadeva’s grieving wife Rati performed a severe meditation in order to pacify Lord Shiva for a period of forty days.

Pleased with her Tapasya, Lord Shiva feels compassionate and brings Kamadeva back to life. This event featuring Kamadeva’s return to life is celebrated on the fortieth day after Vasant Panchami is celebrated as Holi.

A night-day Holi festival begins on the evening of Purnima (Full Moon day) between the end of February and the middle of March. It begins at night with Holika Dahan or Chhoti Holi (burning of Holika or Mini Holi) and ends with the actual celebration of Holi aka Dhuleti, Dhulandi, or Phagwah in the following day.

In short, Holika Dahan is celebrated the night before the actual celebration of Holi. Choosing the right time (auspicious Muhurata) for Holika Dahan is important as this is the time to burn all bad karmas by praying deeply at the bonfire. Holi Puja time is on 1.12 AM to 6.44 AM, Mar 18, 2022 as follows:

Muhurat of Dahan is determined based on Purnima and Bhadra. Holika Dhahan is never to be done during Bhadra but during Pradosha while Purnima Tithi prevails. Ideally, this should be done after Bhadra is over. This year, the Bhadra times are from 10:13 AM to 11:16 AM and Bhadra Mukha is from 11:16 AM to 01:00 PM. Performing Dahan during Bhadra leads to bad luck and suffering.

The central part of this festival is burning all the impurities that infest our mind. Holika who attempted to kill Prahlad represents the inferior material desires (matter) and Pralhad represents our true nature, bhakti (spirit), or devotion to the Lord. Matter cannot cover spirit for the spirit is the eternal consciousness of every living entity. That’s why Holika trying to burn Pralhad got burnt herself.

It is a highly auspicious day for performing a Holi puja and Katha. On this day, reading or hearing the legends of Holi from qualified Brahmins or priests is equally auspicious. One can also recite these legends as it is as good as serving the Lord itself. 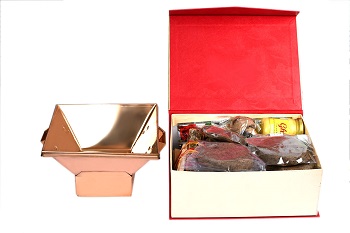 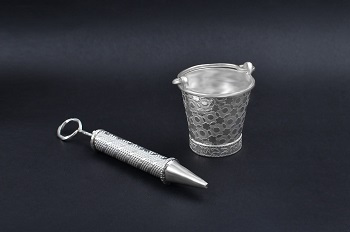 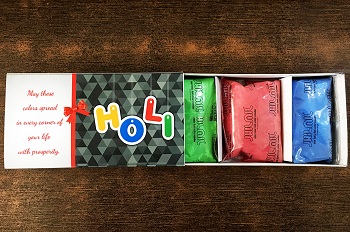 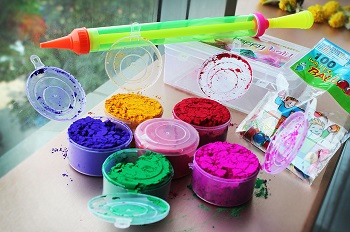 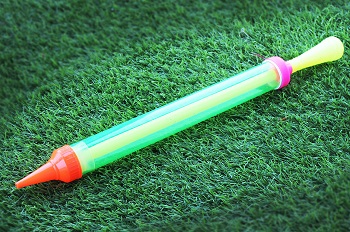 Color up your Holi celebrations! Made in non-toxic plastic, Pichkari can hold decent amount of water and is ideal for children and adults.
Buy Now 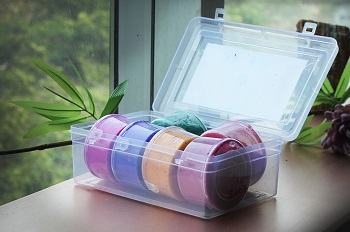 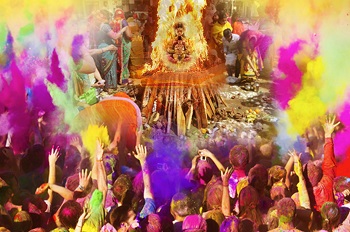 Holi special puja brings positivity and purity into one's home. Best for bringing peace into your life and success into your profession.
Know More 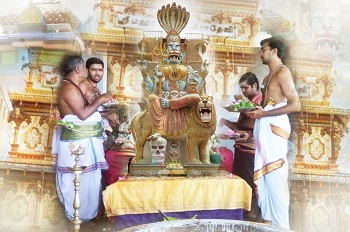 For relief from debts, diseases, misfortune and bad karma. Protection against black magic and removal of obstacles and prosperity.
Know More

What is the meaning of Holika Dahan & why is it celebrated? 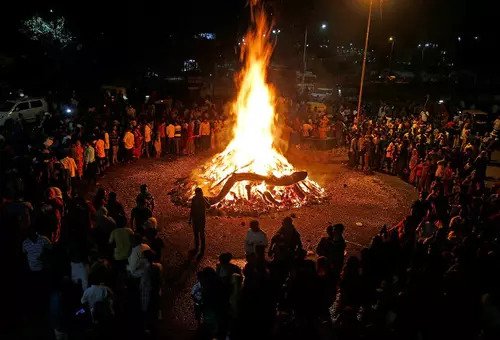 The performance of Holika Dahan signifies the defeat and burning up of the evil or inauspicious elements. The night before Dhuleti is the time for lighting up the bonfire, which is a warning to all negative elements in the cosmic atmosphere. People perform Holika Dahan in these ways:

Then, those materials are set on fire on the night of Phalgun Purnima and various prayers are offered to Agni (Fire). People chant rakshoghna mantras from the Rig Veda while walking around the bonfire and offering coconut. These half-burnt coconuts are then taken as Prasadam (holy offering).

DHULETI: WHY WE THROW COLOUR ON EACH OTHER? 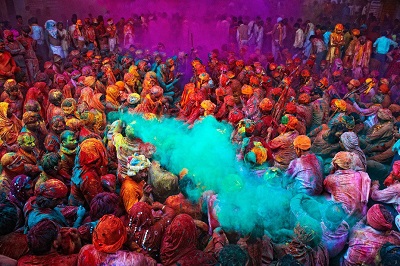 On the next day, people play Dhuleti, a colorful Holi with water, with pichkaris (water guns) and balloons filled with water. Colored water is sprinkled on others in the festive spirit. "Dhuleti" means throwing of mud, "Dhul" means sand, "mud" and "eti" means the practice of performing an activity. Hence, it means throwing colorful sand over each other.