How was Lord Shiva Born? 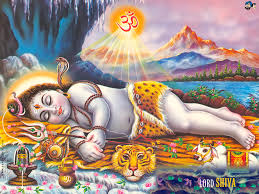 The birth of Shiva forms an interesting topic for discussion. There are many legends and opinions about how Lord Shiva was born, why He is called the Greatest Yogi, how He lives with His own self, completely detached from domestic and material affairs yet He is regarded as an ideal husband.

It is said Shiva in His absolute form has not birth or death; He is eternally living, ever-lasting. Every element of creations material as well as spiritual has emanated from His body. In the Bhagavad Purana (4.7.50), the Lord Vishnu says He, Brahma and Shiva are One without a second:

Although the above verse excellently makes everything clear regarding the position of the Trinity, the Lord in order to enliven His devotees creates His eternal pastimes. In those activities (pastimes), He assumes various forms such as Shiva on the Shivloka (abode of Shiva), Arjuna on the Battlefield of Kurukshetra (Bhagavad-gita 10.37), Brahma of Brahmaloka (abode of Brahma), Vishnu of the Vishnuloka (abode of Vishnu) and Yama of the Yamaloka and so on.

In the Shrimad Bhagavatam (Bhagavat Purana) (3.12.1-20), the birth of Lord Shiva is nicely described.

On the order of the Lord, Brahma created nescient activities or qualities such as self-deception, the sense of death, anger after frustration, the sense of false ownership, and the illusory bodily conception, or forgetfulness of one’s real identity. These qualities which will actively influence the conditioned souls in the Age of Kali made Brahma feel guilty. In order to get rid of such displeasure, he focused on the Supreme Lord in order to purify himself. Then, he created four great sages as his sons named Sanaka, Sananda, Sanatana and Sanat-kumara. All of them had no desire to marry and fill the created universes (planets) with progenies. They disobeyed their father, causing much anger in his four heads. He couldn’t control his wrath and that uncontrolled wrath generated a child of red and blue hues from between his eyebrows.

The child cried angrily and anxiously. Brahma called Him Rudra and said: “My dear boy, I have already chosen the following places for your residence: the heart, the senses, the air of life, the sky, the air, the fire, the water, the earth, the sun, the moon and austerity. You will be known by eleven names: Manyu, Manu, Mahinasa, Mahan, Shiva, Ṛtadhvaja, Ugrareta, Bhava, Kala, Vamadeva and Dhṛtavrata.” Also Brahma informed Him about His wives named: Dhi, Dhrti, Rasala, Uma, Niyut, Sarpi, Ila, Ambika, Iravati, Svadha and Diksha.

This is how Lord Shiva came into existence and assumed the charge of destroying those nescient qualities and annihilation of the created universes.