WHY KAJARI TEEJ IS CELEBRATED 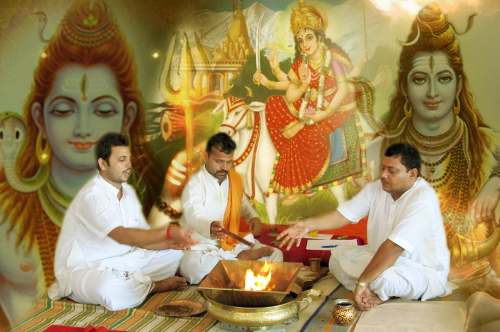 In India, the ceremonies, vows, rituals involved in marriages, are considered as one of the highly honoured rituals in the Vedas. Teej is an Indian festival associated with marriage. During Teej festival, married women fast, following the Kajari Teej ki vrat vidhi strictly, for the longevity of their husbands and for conjugal bliss. Unmarried girls/women also fast and pray for their desire for a suitable life-partner to be fulfilled. This Teej is associated with the devotion of a woman towards her husband. Kajli/Kajari Teej festival is celebrated on the third day of Krishna Paksha (dark fortnight) of the Bhadrapada (Aug-Sept). Kajri Teej is also known by ‘Kajli Teej’ and ‘Badi Teej’. There are various Teej festivals celebrated during the year, Hariyali Teej, Kajari Teej and Hartalika Teej. Along with these, we also have Akha Teej popularly known as Akshaya Tritiya. The term Teej means the third day after New Moon or Amavasya and Full Moon or Purnima. In the Southern part of India, Kajari Teej falls during Krishna Paksha (dark fortnight) of Shravana, which coincides with the North Indian Kajri Teej day. However, Kajari Teej is popularly celebrated with fervour in the Northern states of India, which is Rajasthan, Uttar Pradesh, Bihar, Punjab, Madhya Pradesh. In Kajri Teej (Kajari Teej) married women worship Goddess Parvati in the form of Teej Mata.
BOOK NOW YOUR PUJA 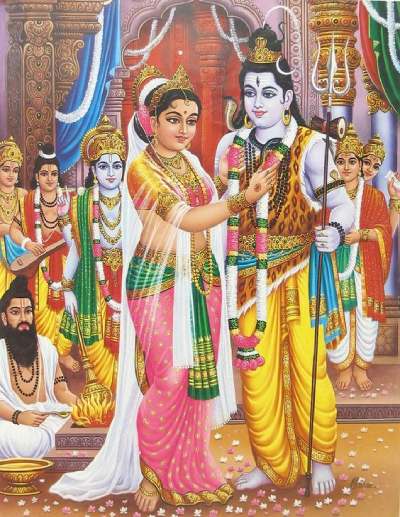 As per the folklore and legend connected to Kajri Teej, it is said that somewhere in central India, there was a huge thick forest by the name of Kajali, ruled by King Dadurai. The people of his kingdom used to sing songs called, Kajali, in praise of the magnificent place. The death of King Dadurai was a pivotal point as, Queen Nagamati, the King’s wife, performed Sati. People of Kajali were saddened by this unfortunate turn of events. They composed songs by improvising Raga Kajari which were actually songs of separation, longing for the lover and till date is sung as popular folksongs by women who observe the Kajri Teej, as part of the rituals of Kajli Teej festival.

The other mythological story/Kajri Teej ki Kahani, associated with this festival is the story of Goddess Parvati who desired for marital and divine association with Lord Shiva. So determined was Goddess Parvati that She is said to have performed a strict fast for 108 years along with rigorous penance. Though Lord Shiva is said to be an ascetic, but seeing Goddess Parvati's dedication and focus, was pleased with Her and accepted Divine union with Her. This Divine union between Lord Shiva and Parvati Devi occurred during Krishna Paksha of Bhadrapada month, which later, came to be known as Kajari Teej. It is considered very auspicious to worship Goddess Parvati on this day.

How to Celebrate Kajli Teej festival and What to do on this day?

Kajari Teej is called Badi Teej because it comes a few days after Hariyali Teej also called Chhoti Teej and is considered the most important Teej for the married women. Kajli Teej festival is celebrated with slightly different ways in the different states. The Kajari Teej of Varanasi (Banaras) and Mirzapur are famous and so is Madhya Pradesh. It is a colourful festival in a way, when married women dress in gorgeous attires, jewellery, put Mehendi in their hands and feet and dress up beautifully, though throughout the day they observe fast, conduct the rituals etc. The ritual of receiving new clothes, jewellery and all other symbolic items of a Suhagan (married women) from the parents to the daughter is also followed on this day. This festival can be called a celebration in honour of womanhood and the dedication, power they have to ensure the safety of their husbands. It is the monsoon season in India on Kajli Teej festival, the woman brave through the rough weather and do all that needs to be done with enthusiasm. Improvised swings are hung from the trees for women who spend their day swinging, singing folksongs of Kajri of longing and separation, dancing and getting involved in cultural activities and go through the day in the true spirit of the festival. Bundi in Rajasthan also has a fair with people thronging with family members on this day. Kajri Teej 2021 will see the festivities being celebrated with the same passion, as is done every year.

The Kajari Teej Vrat Vidhi is followed meticulously among the festive mood. The women get up early in the morning and after bathing, set the intention or Sankalp to spend the day fasting till the evening. At dusk, they perform the Kajari Teej Pooja, listen or read the Kajari Teej ki Vrat Katha and then break the fast. Many women choose to keep a dry fast (Nirjala vrat), which means that they abstain from drinking water too, throughout the day. Without hearing the recitation of the Kajari Teej ki Vrat Katha, the Kajri Teej vrat is incomplete. Goddess Parvati and Lord Shiva are worshipped on this day, with Maa Parvati holding prime importance. The Neem tree is also worshipped on this day. A variety of delicacies are prepared and relished on the day of Kajari Teej.

Other significant things which can be done on Kajri Teej 2021 are:

On the occasion of Kajli Teej festival, along with observing the most important part of fasting, the Pooja is followed as per rituals. The pooja is done in the evening, with the fall of dusk. Traditionally the married woman many choose to observe it at her maternal home too. However, from state to state there are variations in the Kajari Teej pooja rituals. We will describe some of the Kajari Teej Pooja vidhi:

1) As per one Kajari Teej Pooja vidhi in some regions, Sattu (Gram flour) which is an important part of the pooja. The Sattu comes from the parents or material home of the married woman. It is mixed with Ghee (clarified butter) and Sugar and then made into a Ball or Pind. This Sattu pind is worshipped.

2) The Neem Tree or rather a Neem Tree Twig with leaves is worshipped in other regions on Kajari Teej Pooja.

The fast is broken by first eating Sattu followed by delicious vegetarian food, which is enjoyed by the whole family and that ends this auspicious Kajri Teej day.

In a village lived a poor Brahmin whose wife was observing the Kajari Teej. Since his wife had no one from her maternal home who would give her the Sattu (as per rituals) and as Sattu forms an important part of the Kajari Teej pooja, the wife of the Brahmin asked him to get Sattu for her to do pooja rituals. The evening had already set in and the Brahmin told his wife that he did not know where to get the Sattu from and how to get it at that hour. His wife insisted with him to somehow get it from somewhere as it was important. The Brahmin had no other way but to go out in search of Sattu but found it nowhere. Wondering how he could get Sattu to please his wife, he saw a grocery shop and decided to secretly enter. Not finding Sattu inside, he took one and quarter kilo of Chana (Gram) and ground it into powder, then mixed Ghee and Sugar in it and was about to leave when he was caught by the shop owner's servant, who thought he was a thief. Hearing the commotion, the shop owner, who was also a moneylender, came to see what was happening. On seeing the frightened Brahmin, he asked him what he had stolen. The Brahmin confessed that he was a poor man and told him why and what he had done. He added that except for that there was nothing else he had taken as it was not his intention to steal. Truly enough, when the servant of the shop owner checked what the Brahmin was carrying, it was found to be true.

The shopkeeper understood that the Brahmin had done whatever he did to please his wife. The Moon had already risen in the sky by that time and he had to go home. The money leader/shop owner told the Brahmin that from that moment onwards he will consider the Brahmin's wife, as his sister. So as is the tradition of Kajari Teej, the shop owner not only gave the Sattu but also gave new clothes, ornaments, Kajal, Mehendi and a good amount of money.

The Brahmin went back home with the Sattu and all the things the shop owner had given. His life changed to a prosperous and happy life. The Kajri Teej observance also can change the life of the people observing it to that of prosperity and abundance.