Kalashtami aka Kala Ashtami is a festival dedicated to Lord Bhairava, a fierce form of Lord Shiva associated with destruction. He punishes the sinners appropriately and protects the surrendered devotees. There are 64 Bhairavas headed by 8 Bhairavas and all of them are ruled by Lord Kala Bhairava. Kala Ashtami is observed every month during Ashtami Tithi of Krishna Paksha as per the Hindu calendar. On this day, people observe fast and offer prayers to Lord Bhairava. Interestingly, the most significant Kalashtami, Kalabhairav Jayanti, is celebrated in North India in the month of Margashirsha (Dec-Jan) whereas the South Indians celebrate it in the month of Kartik (Nov-Dec). However, it is to be noted that both calendars celebrate Kaal Bhairav Jayanti on the same day. Devotees of Shiva maintain that Lord Shiva appeared in the form of Bhairava on this very day.

In 2021, Kaal Bhairav Jayanti will be celebrated on 27th November, Saturday.

‘Ashta’ means ‘eight’ and ‘Ashtami’ means ‘eighth’. Thus Ashtami, the eighth day after the Full Moon day is highly auspicious to worship Lord Kaal Bhairava. There are in total twelve Kalashtami in a year. Of these, the one falling on a Sunday or Tuesday is best for the worship of Lord Kal Bhairav. 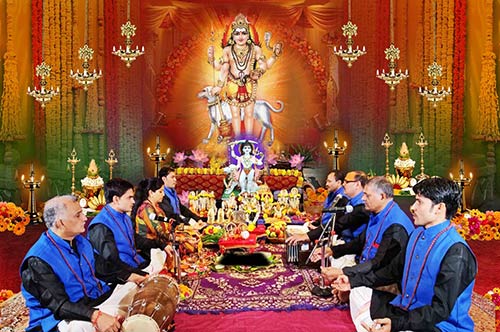 Origin of the Name Bhairava

Bhairava is derived from the word ‘Bhr’ which means one who bears(holds) the universe by sustaining and nourishing it while the word ‘rava’ means self-awareness. Another meaning implies that He is the patron of those who fear the cycle of suffering, where ‘rava’ stands for intensified awareness which arises within Bhiru' which means dread or fear of cycle of suffering. 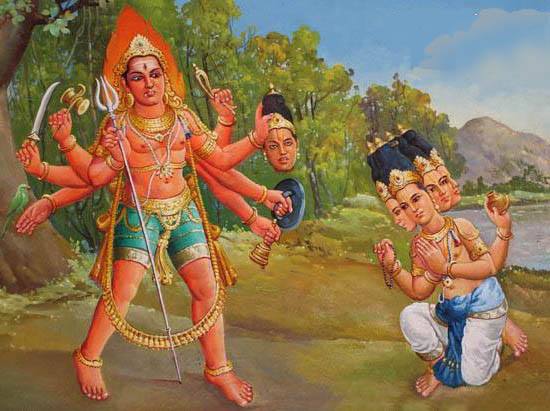 The most popular story of origins of Kaal Bhairav is mentioned in the Shiva Mahapurana. Legends go that once Lord Brahma grew arrogant and during a conversation with Lord Vishnu, stated that He is the Supreme Creator, He has five heads just as Lord Shiva and He can do whatever that Lord Shiva can do and thus He should be worshipped and not Lord Shiva. To crush the ego of Lord Brahma, Lord Shiva took a hair strand of His and threw it on the floor and from that emerged Lord Kaal Bhairav who chopped-off the fifth head of Lord Brahma. Lord Brahma understood His mistake and asked for forgiveness. Lord Kaal Bhairav got cursed with the sin of Brahman-hatya and thus wandered around like a vagabond with the severed fifth head of Lord Brahma until He reached Kashi. There He was absolved of the sin and thus stayed there and became the protective Deity of the city. He is also known as ‘Kotwal of Kashi’.

Another legend goes that once a demon named Dahurasuran had a boon that he could only be killed by a woman. Thus Maa Parvati took the ferocious form of Goddess Kali to kill him. After killing the demon from the wrath and rage of Goddess Kali manifested a child whom Maa Kali fed Her milk. Lord Shiva merged both Goddess Kali and the Child into Himself and through the merged form emerged the Ashtanga Bhairavas (eight Bhairavas). The Ashtanga Bhairavas married the Ashta Matrikas. From these Ashta Bhairavas and Ashta Matrikas, 64 Bhairavas and 64 Yoginis manifested.

One more story about origins of Lord Kaal Bhairav is that when Raja Daksha insulted Lord Shiva, Maa Sati couldn’t bear it and jumped in the fire of Yagna kund. When Lord Shiva came to know about the happenings in rage he took His Kaal Bhairav form and beheaded Raja Daksha. Later Kaal Bhairav became the protective Deity in all Shakti peethas. 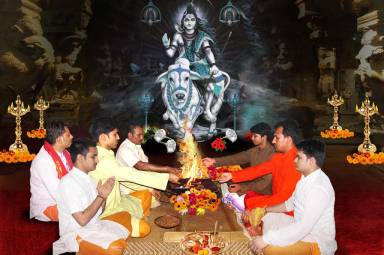 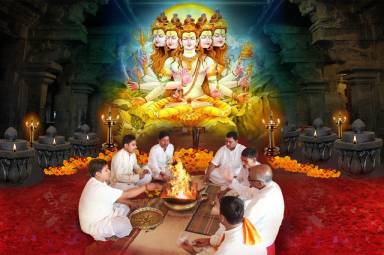 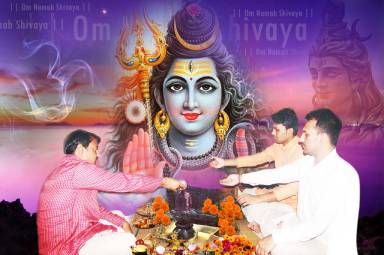 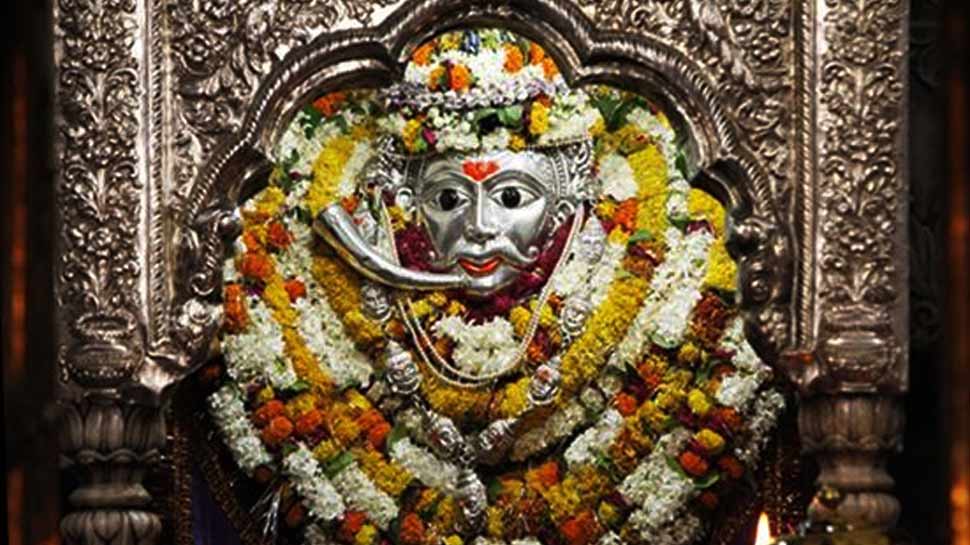 The worship of Kaal Bhairav during Bhairav Ashtami in various temples includes observance of all-night vigil (Jagaran), where prayers are offered to Him along with His story being told and an Arti performed at the midnight since it is the best time to worship Him. In the morning bath is taken by the devotees and oblations (Tarpan) are offered to deceased ancestors.

A long fast is also observed by devotees for His divine grace and to absolve all sins. Kaal Bhairav along with Lord Shiva and Goddess Parvati are worshipped with sweet offerings and flowers. His Vahana is the Dog, thus Dogs are also offered respect and food offerings including sweets, milk and curd are served to them.

In the Kal Bhairav Mandir (temple) in Ujjain, liquor and other offerings in symbolic form known as panchakarma are offered to Kaal Bhairav God as five tantric ritual offerings.

The Kaal Bhairav Mandir in Varanasi is the oldest known temple in the holy place. Throughout the year, the body of the Deity idol is covered by a cloth and only the face is revealed. On Bhairav Jayanti, the whole idol is revealed and decorated with garlands.

The renowned Kaal Bhairav Mandir in Kashi, where Kaal Bhairav is revered as the ‘Kotwal of Kashi’ celebrates Bhairav Ashtami with great fervour. The Deity idol is elaborately decorated with garlands and flowers and many devotees visit the temple to participate in the grand celebration. The Kaal Bhairav Astami and Kaal Bhairav Jayanti are also celebrated across the various Jyotirlinga temples in India. 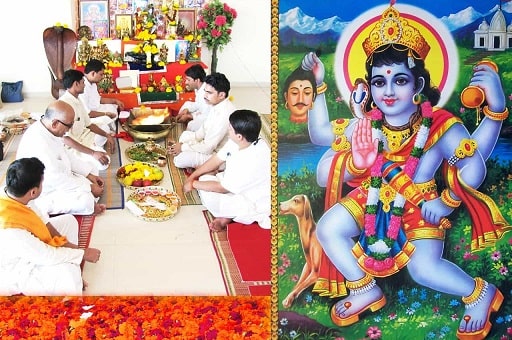 Rudra Centre Puja Services performed Kaal Bhairav Maha Puja on 07th December 2020 on occasion of Kaal Bhairav Jayanti which is the day of his birth. Neeta Singhal and her son Divij Singhal took sankalpa on behalf of clients. Prayers were offered to Lord Kaal Bhairav for his divine grace & supreme protection against all negativities. Kaal Bhairav Mantra Japa 11,000 times by Brahmin priests along with soulful bhajans filled the environment with pure joy. 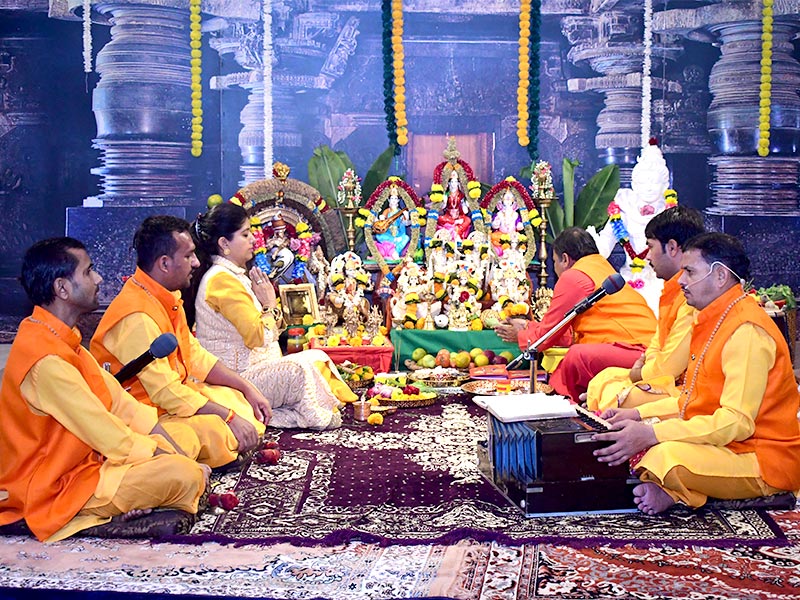 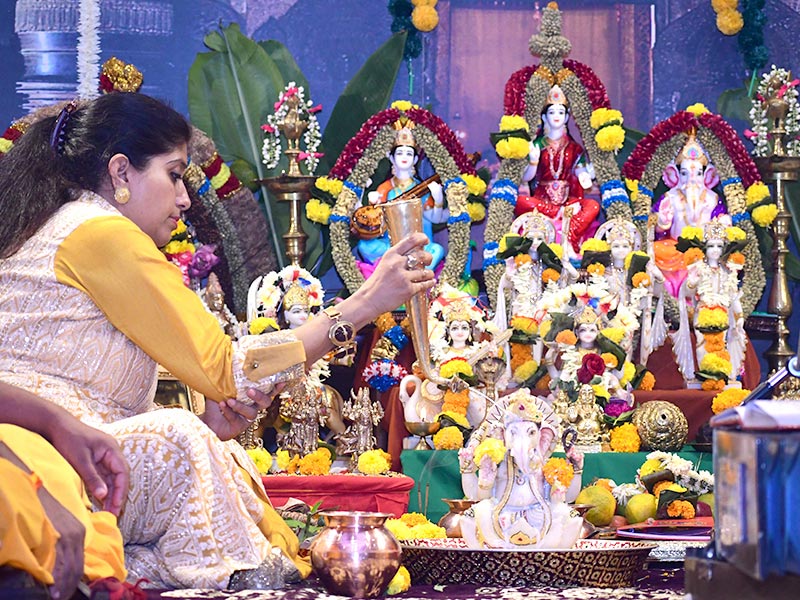 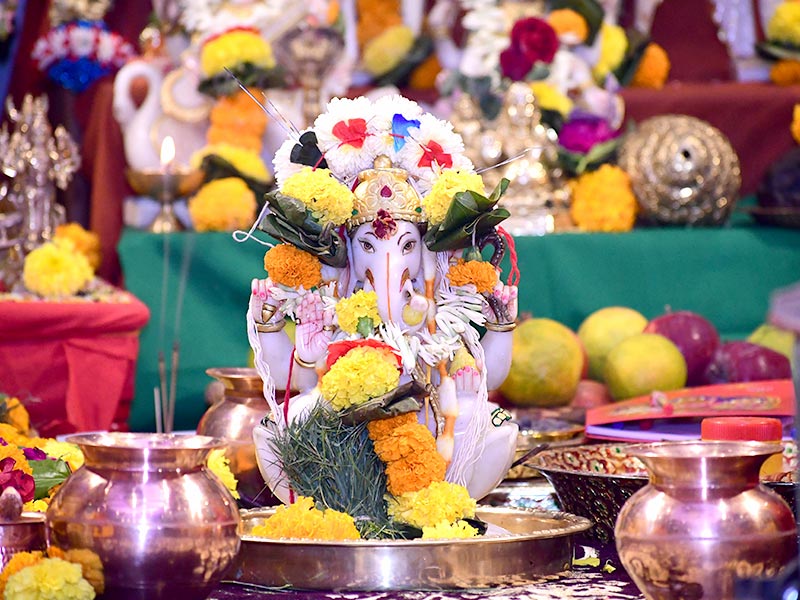 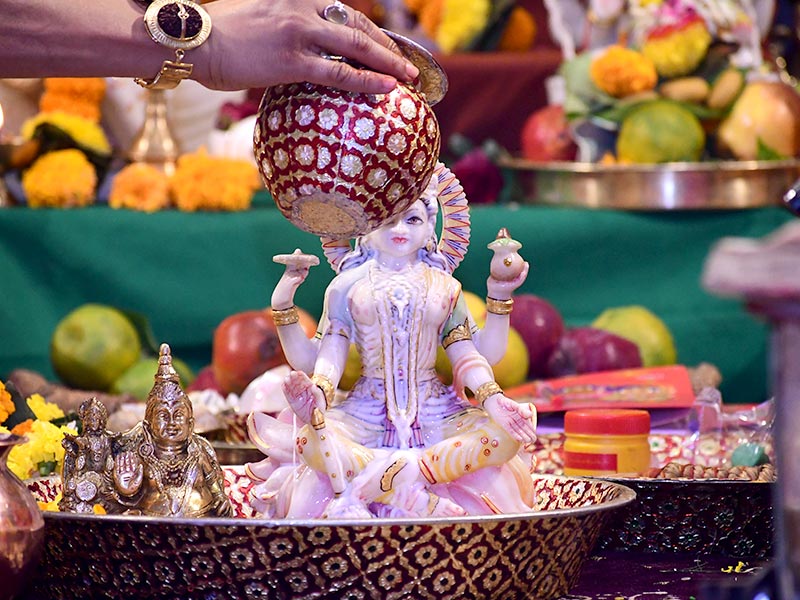 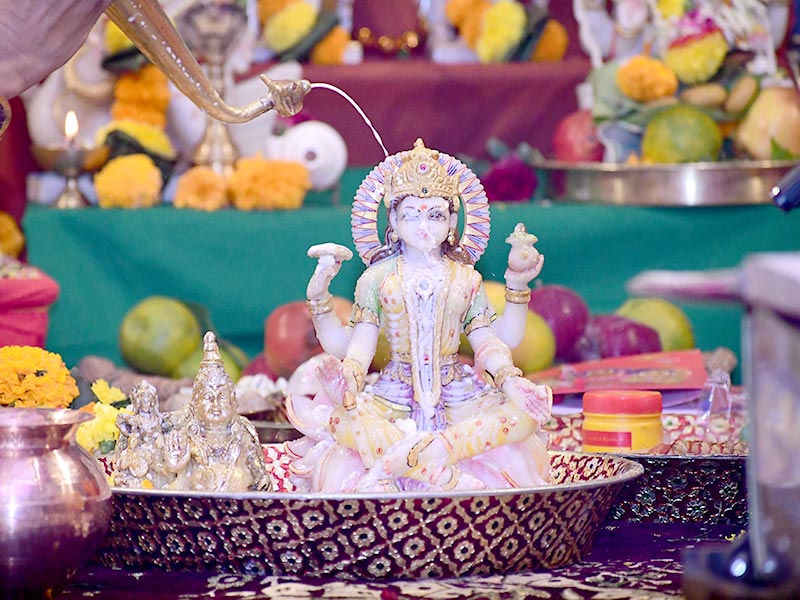 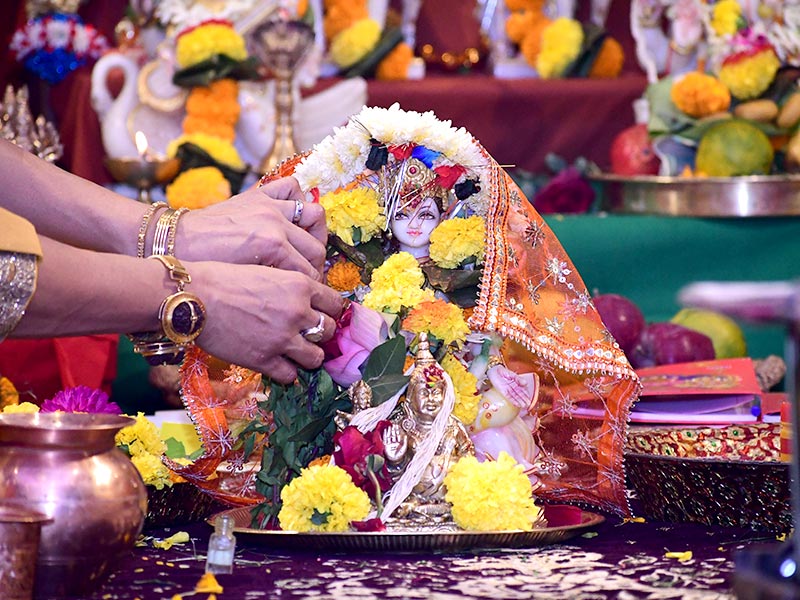 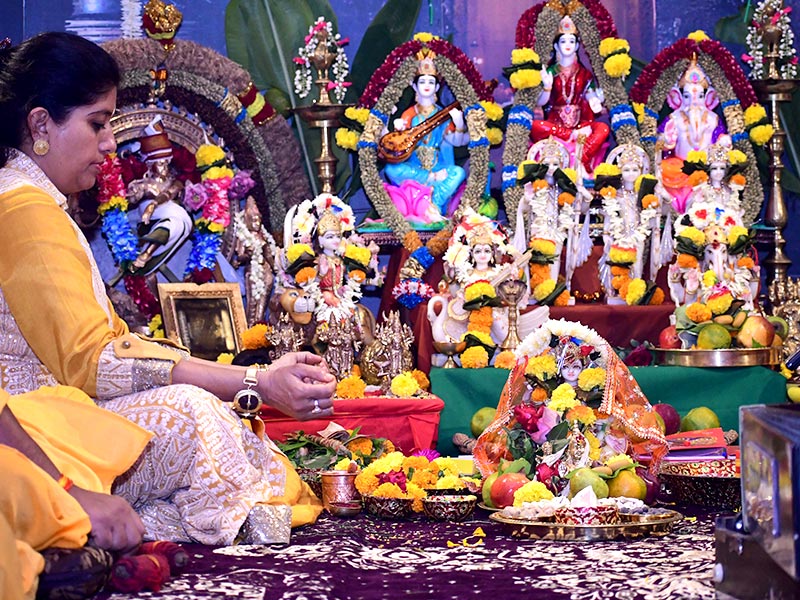 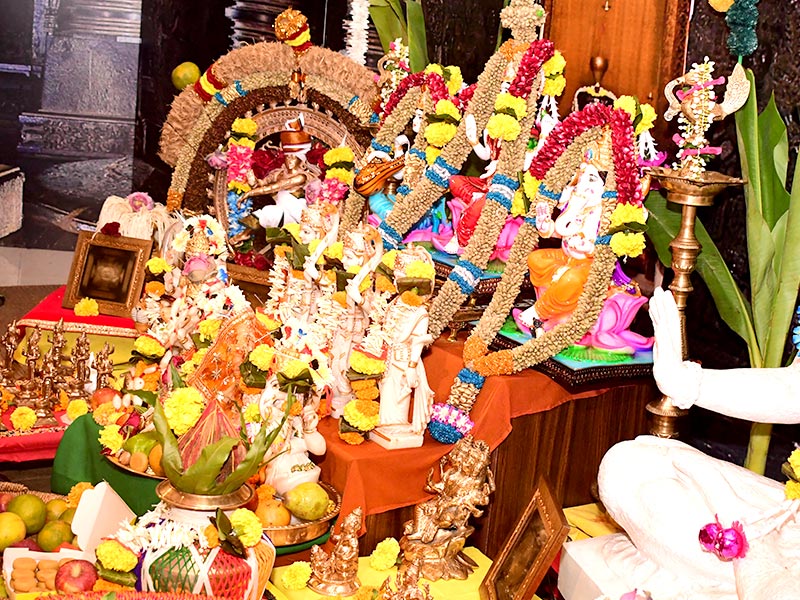 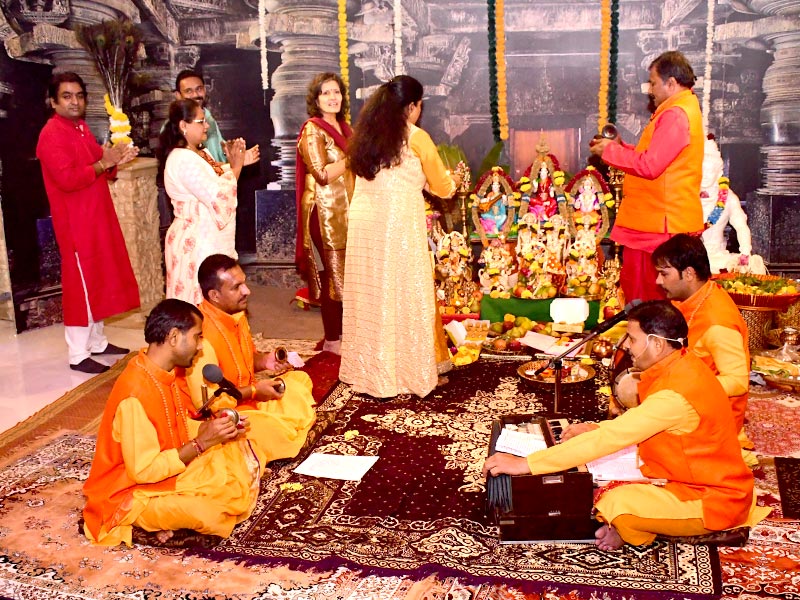 Summary of the Kaalabhairava Ashtakam

The first two stanzas describe His ecstatic appearance and Him being venerated by Sage and Yogis. It describes that He supports the Universe and rescues His devotees. The third and fourth stanzas describe Kaal Bhairava as the One Who punishes the evil and relieves His devotees from sins and sufferings and bestows prosperity.

The other two stanzas describe Him as the eternal One and the guardian of righteousness. He is described as a reliever from fear of death and cycle of karma and rebirth. The 7th stanza describes Kalbhairav God as bestower of eight Siddhis and destroyer of sin while the last stanza describes Him as ruler of spirits and ghosts and bestower of peace, glory, happiness and prosperity. He as protector of Kashi is described as the protector, absolver of sin and guiding them ever along the path of Dharma.