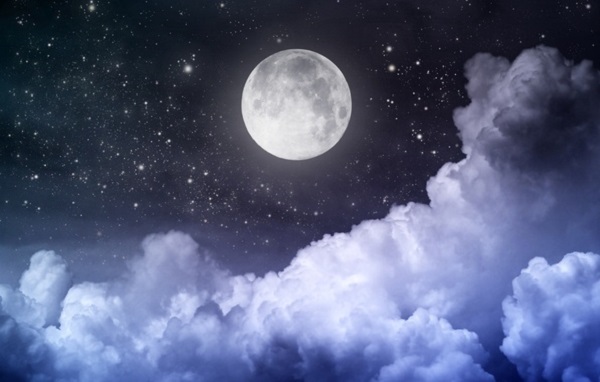 Kojagiri Purnima (Sunday, October 9, 2022 ) is the harvest festival also known as Sharad Purnima or Kumar Purnima, it marks the end of the monsoon season. The timing of Moonrise this Purnima is 05:42 PM on October 9th 2022.

The occasion is significant because it is considered to be the only day when the moon shines with all 16 kalas or characteristics connected with a human personality. Thus, the importance of Kojagiri Purnima stands out brightly.

What is Kojagari Purnima?

Kojagari Purnima also known as Kojagari Lakshmi puja is the worship of Goddess Mahalakshmi. We pay our respect to Goddess Lakshmi, the goddess of wealth and prosperity. During the tradition of Kojagari Laxmi puja, special offerings are made to Goddess Lakshmi and the Nine Planets to seek blessings and good fortune for all family members.

Lakshmi is the goddess of light, beauty, good fortune and wealth. Even though Lakshmi is worshiped to achieve success, she does not reside with anyone who is disinclined to work and wish Her only as wealth. A night vigil is observed in Her honor. As per folklore a King was once in deep financial crisis and was going through difficult times. His queen observed a fast and jagran / night vigil and worshiped goddess Laxmi. Pleased by this devotion the Goddess blessed them with wealth and prosperity. Following is Kojagiri Purnima story:

Once upon a time, in the state of Bengal, there reigned a great monarch who promised his craftsmen that if any of their creations remained unsold, he would purchase them. Once, an idol of Goddess Alakshmi (Goddess of Discord) created by one of his craftsmen went unsold, and the king fulfilled his vow by purchasing it and placing it in his temple. As a consequence, riches and prosperity fled the king's realm since Goddesses Lakshmi and Alakshmi cannot coexist. The monarch was taken aback and sought assistance from the gods. On the full Moon night of the Kojagari Purnima, the gods recommended that his wife (queen) conduct the Kojagiri Lakshmi Vrat. The queen followed the fast and conducted the rites, as a result of which the idol of Goddess Alakshmi dissolved and the Goddess of Prosperity, Goddess Lakshmi, returned to the realm, bringing abundance and all sorts of riches back to the king once again. 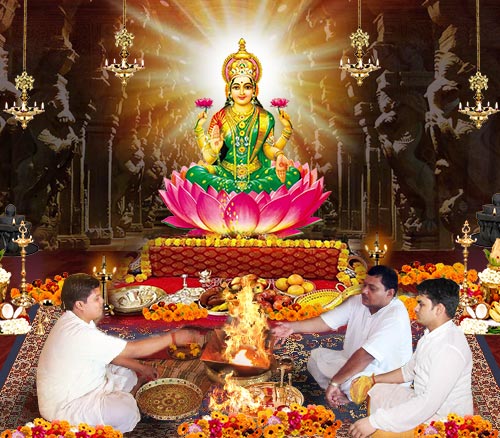 Prasad under the Moonlight 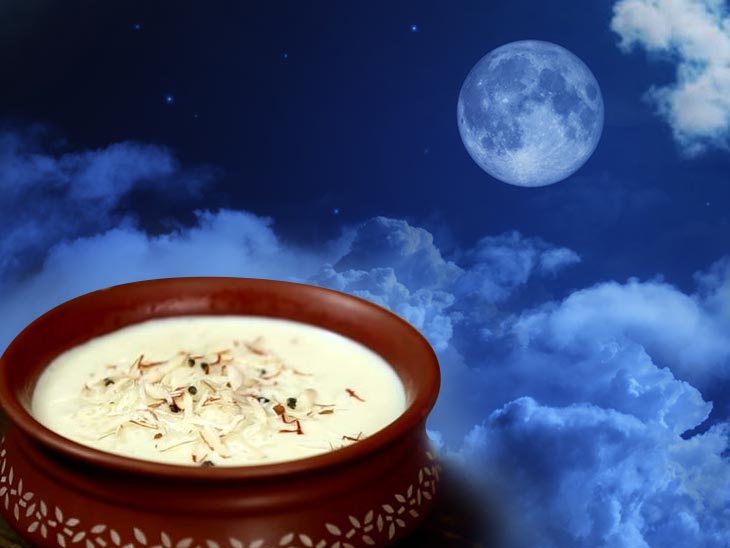 The Moon and the Earth are very close to each other on this day and this proximity of the Moon rays have many medical benefits for the body and soul. Sages believe that the moon rays on this night drip of nectar. Hence the delicacies like rice kheer made in the night is left under the moonlight for the whole night and distributed as Prasad to the whole family. It is believed that this Prasad is invigorated with the divinity of the moonlight (see below).

There's also a scientific reason to celebrate Sharad Purnima. On the night of Sharad Purnima, the moon is extremely near to the Earth. As a result, the chemical components contained in the moon's light fall straight on the earth. By leaving food out into the open, the moon's rays fall straight on them. As a result, unique nutrients are discovered in meals that are beneficial to human health.

Worshipping Godddess Chandra on Sharad Purnima is considered very propitious. The newlywed women who pledge to carry out Purnimasi fasting for a year should start their fast on this day. 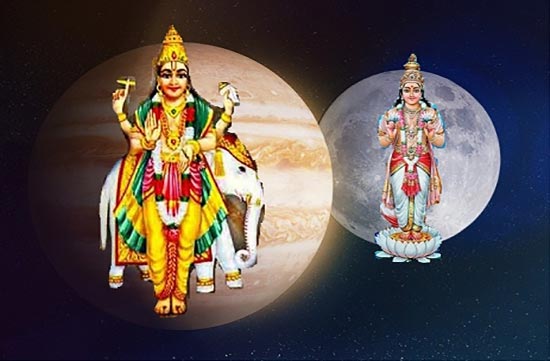 Performing Kojagiri Purnima puja and daan (see below) helps everyone and reduces the malefic effects of Brahaspati and Chandra to a great extent. Persons going under mahadasa (main-period) or antardardasa (sub-period) of Jupiter and Moon can take benefit by carrying out this puja and daan, altogether.

How to Celebrate Kojagiri Poornima? 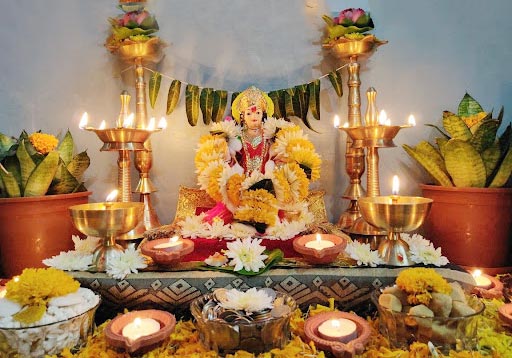 The celebrations begin in the early hours of the morning. Girls dress in new outfits and give food to the sun as part of their ritual. Throughout the day, nothing except liquids such as milk and coconut water are eaten. It is customary to make a sweet dish known as kheer in the evening and give it to Goddess Lakshmi.

Using rice flour paste, they clean and decorate the courtyard, creating intricate Alpana or rangoli patterns on the walls and floor. The gods of the region are brought into the courtyard and worshipped.

It is usual to give kheer, fox nut, and betel leaves to the gods. On this propitious day of Sharad Purnima, the kheer (a sweet dessert consisting of rice and milk) is cooked in the courtyard to be bathed in the beams of the moon.On the night of Kojagiri Purnima, worship Goddess Mahalakshmi along with Lord Indra on Erawat elephant (His vahana, the white elephant). Shodashopachara Puja is also performed.

After fasting for the whole day, puja at night is carried out with the lighting of 108 lamps or candles, incense sticks and offering of flowers. Bhog of kheer made of makhana and milk is a must to appease Goddess Laxmi. Kheer is prepared and kept under moonlight for the whole night and eaten in morning, on the next day.

Worshipping a Lakshmi Ganesha Yantra on this auspicious day will assist you in bringing success and riches into your life. The practice of chanting mantras and stotras devoted to goddess Lakshmi is considered to be extremely beneficial.

This puja is done with a great deal of pomp and status quo in Maharashtra.

What to Do on Sharad Purnima?

Sri yantra or Shree Yantra is the personification of Goddess Lakshmi Herself and is one of the most ancient, pure and powerful Yantras. It is an instrument of mystical diagram which is related geographically to the five elements of nature. It is an apparatus to attain siddhi and fulfill one's desires and ambitions. Shri yantras are prepared by vamtantra with colors obtained from Ashthagandha, Keshar and Gorochan and other mystic Herbs on auspicious times to give the full benefit. To get it fully energized, Shri yantra is prepared at a particular auspicious time on Ashwin purnima night when the maximum power from a particular planet is generated. Once fully energized with utmost skill and sincerity, Yantras help ward off evil effects of planets, spirits or one's adversaries. 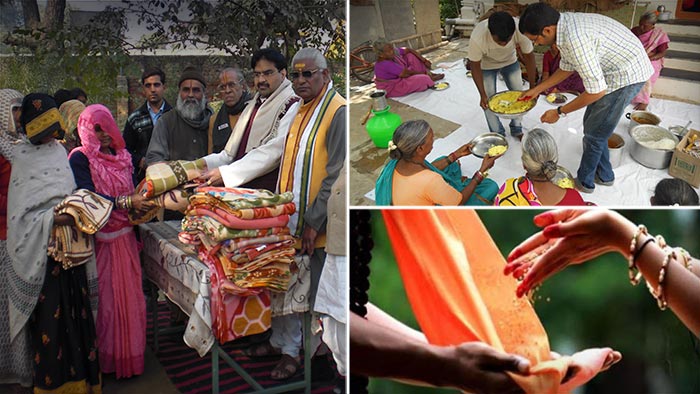 Daan/donation is the most significant aspect of human life in which even after giving away his most precious possessions he finds blissful solace. Daan is meant to propitiate sins committed knowingly or unknowingly in this life or earlier lives. Daan is fruitful only when you give your precious possessions unhesitatingly and without expectation of any return. Daan is meritorious and virtuous when you give it secretly. Pure daan earns pure punnya. Only your earned virtues get carried to the next Life. You earn what you sow, nothing more nothing less. Earn more virtue by giving away your best to the needy.

Ann daan (donation of food) and Vastra daan (clothes of donations) are the two forms of donations that you can do on this day She also appears in the form of Goddess Saraswati to grant wisdom to the sages and thus ensure their welfare. She is also Mother Amba who once accompanied, as the female energy, Lord Visnhu in His divine form of Narismha to save Maharaja Prahlaad from the cruel hands of Demon Hiranyakashyap who attained liberation because he was killed by the death personified Vishnu accompanied by Goddess Durga. 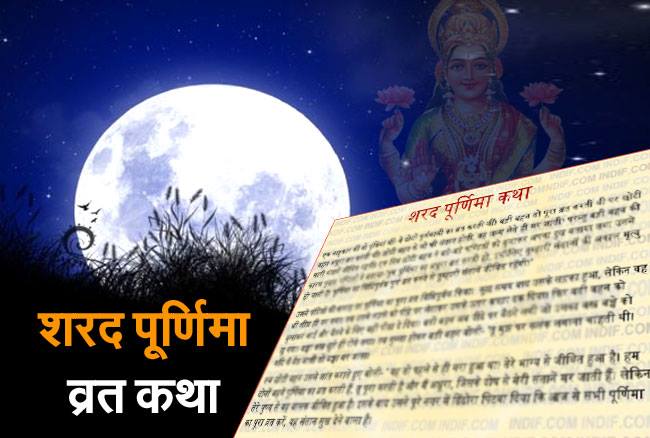 Fasting on this day is said to fulfill all wishes. The day of Sharad Purnima is regarded the most auspicious. This day is so auspicious and hopeful that major disasters are avoided by modest efforts based on mythical beliefs that Lakshmi was born on this day. As a result, this is regarded as the greatest method for acquiring money. On this day, many gifts are obtained from Premavatar Lord Krishna's devotion, Lakshmi, the mother goddess of riches, and the moon with sixteen arts. Sharad Purnima fasting should be done with respect.

On the night of Kojagari Purnima, jagran is auspicious for spiritual awakening. It is believed that persons who are awake on this purnima night and take part in the jagrans or any other religious activities are blessed by Goddess Laxmi and Lord Indra with wealth and prosperity. 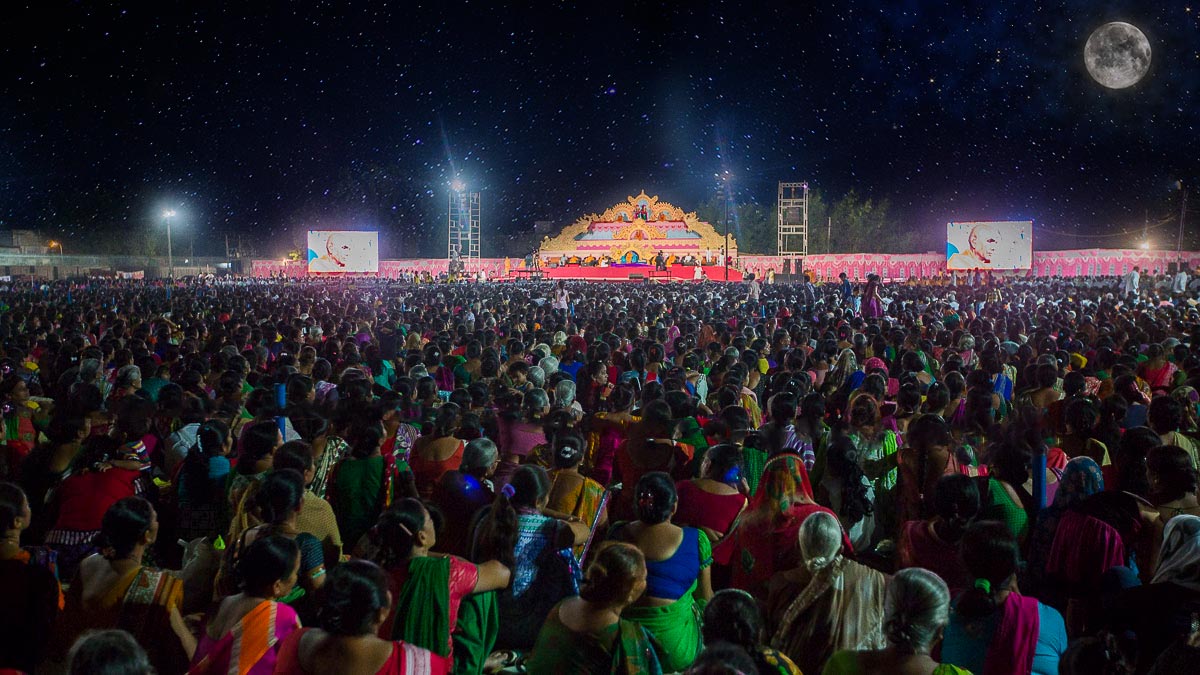 On the night of Sharad Purnima, Goddess Lakshmi is said to circle Earth, according to Hindu mythology. Those devotees who remain awake on this fortunate day and night, are said to experience a sound improvement in their health and wealth, as well as alleviation from mental difficulties. It is thought that on this fortunate day and night, the moon approaches extremely near to the Earth, resulting in more moonlight than on other days.

The night is referred to as Kojagara, which literally translates as "Who is awake?" Because it is widely believed that the goddess makes a visit, devotees remain up throughout the night, chanting bhajans in praise of the goddess and praying to her. The devotees pay their prayers to Goddess Laxmi and sometimes fast for the whole day in honor of the goddess. 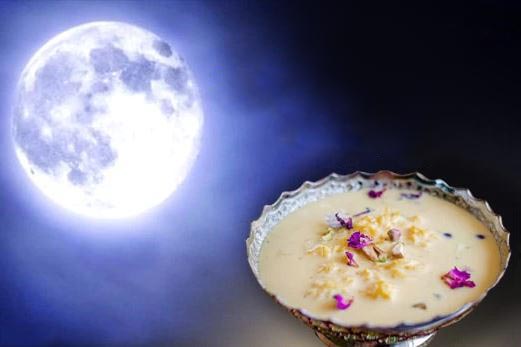 It is believed that as milk is discharged, lactic acid levels rise, encouraging beneficial bacteria to proliferate. When these elements are exposed to moonlight, they respond. The majority of the moon's beams are absorbed by this element. Furthermore, the starch in rice facilitates this process. It prepares an ingredient that lowers various kinds of illnesses in our bodies. It is also very helpful to our bodies. This is why, from ancient times, sages and sages have requested to eat kheer under the moonlight on this day. Aside from that, Kheer includes rice, which is high in starch and has many health advantages. It lowers inflammation, boosts intestinal health, and boosts general health. Because this meal is high in nutrients, it is preserved as heavenly nectar. This Kheer is also believed to be helpful for people with asthma.

Double the benefit by eating Kheer on Silver

The sacred Night of Raas Leela 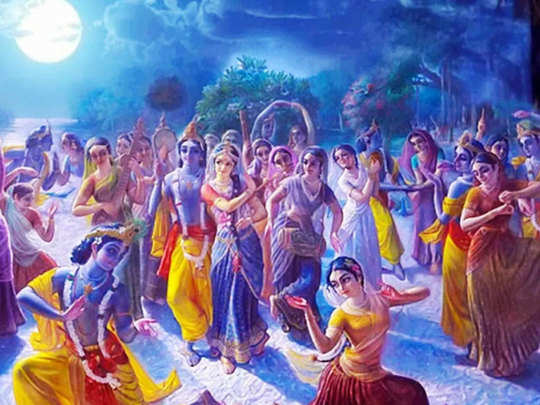 On the night of Sharad Purnima, the renowned Raas Leela, the heavenly dance of love, took place. According to tradition, Lord Krishna performed a song on his flute one Sharad Purnima night while enjoying in the light of the Kojagiri Purnima moon. The song was so captivating that all of the Gopis in the Brij area emerged from their houses in a trance-like state. They danced to the rhythm of the flute, and each Gopi was accompanied by a Krishna. Lord Krishna is believed to have transformed a single earthly night into a Brahma night with the power of his Maya. A Brahma night is equivalent to billions of years on Earth.