Rahu: The symbol of material manifestation and deception

Every planet has a visual and physical existence but Planet Rahu does not have any physical shape. Irrespective of this fact, Rahu is known to be one of the most powerful celestial bodies that have been considered as a planet by our Rishis and seers. Rahu is popularly known for its malefic effect and is associated with laziness, delay in work and obstacles. He stays for 18 months in a zodiac sign. Rahu is believed to be the North Node which is also known as the ascending node of Moon as per Vedic Astrology. 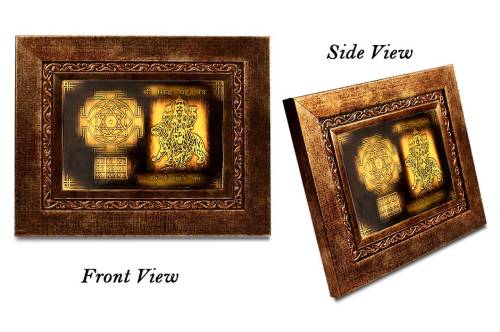 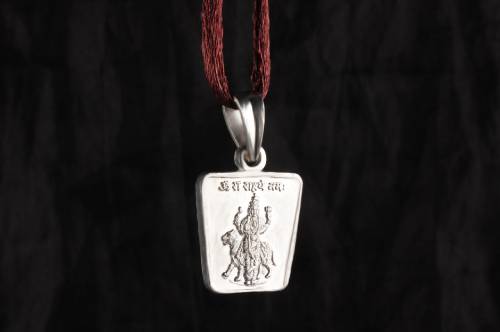 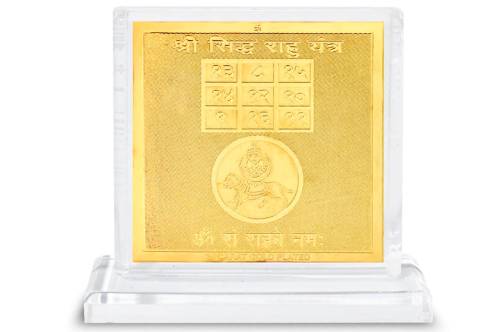 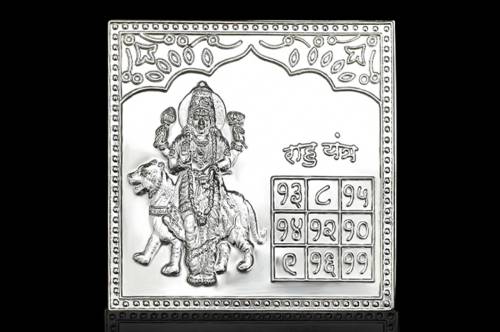 According to ancient scriptures, before the churning of Ksheer sagar (ocean of milk), the Gods and demons agreed on equally sharing the divine nectar that would come out of the ocean. This nectar had the power to grant immortality to the one who consumed it. Hence, when the time of distribution came, to pacify the dispute between Gods and Demons, Lord Vishnu disguised as a beautiful lady named ‘Mohini’ and started distributing the nectar among them. But, demon Rahu recognised that the beautiful lady was none other than Lord Vishnu Himself and noticed that He was not being fair while distributing the nectar. Rahu saw that Lord Vishnu served more quantity of this divine nectar to the Gods in comparison to the demons. Hence, Rahu disguised himself as a God and sat between Sun God and Moon God in order to have more portion of the nectar. The Sun God and the Moon God recognized demon Rahu and complained of the demon to Lord Vishnu. The head of Rahu was cut off by Lord Vishnu by His Sudarshana Chakra but the demon survived as he had already consumed enough nectar that made him immortal. Since then, the head of the demon came to be known as Rahu while, the remaining corpse of the demon was known as Ketu.

He is the presiding deity of this shadow (Chhaya). According to the Rig-Veda when Rahu – the son of Asuya or Sinhika covers the sun and the moon with his darkness, then it becomes so dark that the people are unable to even identify their places.

Barring few situations, Rahu is generally considered to be an inauspicious planet. According to the Vedic astrology if Rahu is situated unfavourably in the horoscope, it causes numerous physical ailments. It also causes accidents and creates a number of obstacles in the accomplishment of your goals. Hence in order to safeguard yourself from the negative energies and malefic effects of planet Rahu and to get relief from addictions and to attain sudden wealth you can worship the Rahu Yantra.

In order to safeguard yourself from the malefic effects of Rahu and to gain good health, happiness and prosperity, you can install the Rahu Yantra in your house, office or even wear it as an ornament. The Rahu Yantra is a sacred instrument that consists of numbers that are arranged in a symmetric design that resonates with the powers and positive frequencies of planet Rahu. This mystical diagram has the power to attract the principles of Rahu through the Rahu Mantra. This powerful Yantra resonates with the positive energies of Rahu and blesses the worshipper with fortune, good health and courage to overcome difficulties. 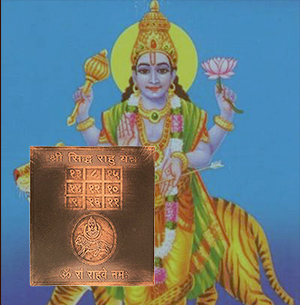 When you look at the Rahu Yantra, you will notice certain numbers printed, engraved or embossed on it. These numbers make a mathematical design and you look closely, whichever way you add the given numbers, be it horizontally, vertically or diagonally, the sum of it remains constant. The upper centre of this diagram contains the number for each respective planet.


Rahu Yantra: An object of Meditation

This Yantra can also be used for meditating over Planet Rahu. This will help in making you more focused and mentally stable. It will also aid in attaining union with the ruling Planet of the Yantra through geometric visualization. This Yantra is the window through which you can align with divine energy. Through resonance it connects you to the energy present in the cosmos.

According to Vedic Astrology, Rahu is said to have smoky appearance. Rahu is also considered as the one Who creates illusion and also as the one who is the shape shifter. Known as an illusion of Maya, according to Vedic texts, Rahu is depicted as the fearsome, dark complexioned, one with red eyes and one who does not have body.

According to Vedic Astrology if Rahu is situated in an unfavourable position in the natal chart of a person, it may cause various physical illnesses. Rahu can also create obstacles in completion of work and makes one prone to accidents.