What is the meaning of Sankashti or Angarki chaturthi? 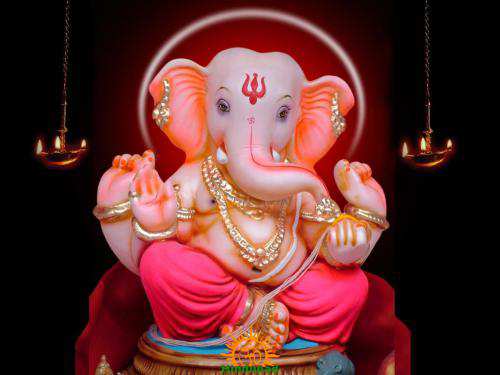 Sanakshti Chaturthi also known as Ganesh Sankatahara or Sankatahara Chaturthi is one of the most auspicious and important days for observing fast. It is generally followed every month on the Fourth day of Krishna Paksha (Waning Moon). One can find in the Hindu lunar calendar two Chaturthi Tithis; one after Full Moon Day during Krishna Paksha and one after New Moon Day (Amavasya). The one after Full Moon day is called Sankashti Chaturthi and the other is called Vinayak Chaturthi. However, the Sankasthi that falls in the month of Magha (Feb-March) as per North Calendar (Purnimant) and in the month of Paush (Jan-Feb) as per South Calendar (Amavasyant) is the most significant. And if it falls on Tuesday it is regarded as Angarki Chaturthi, highly spiritual day among all Sankashti Chaturthi days.

Generally people are aware of Ganesha Chaturthi that happens in Bhadrapada (Aug-Sept). But Sankashti Chaturthi and Vinayaka Chaturthi are also significant as both are related to Lord Ganesha.

Lord Ganesha is one of the celestial deities holding the divine prominence in Vedic scriptures. His form, intellect, divinity and strengths are glorified in the Ganesh Purana. He is Ganesha or Ganapati who is the lord of masses that worship him for his blessings.

Sanskrit lexicon Amarakosha mentions others names of Ganesha as well:

Puranas mention that Lord Ganesha is the god of letters, learning and wisdom.  In Sanskrit, the word buddhi is a feminine noun that is variously translated as intelligence, wisdom, or intellect. The Ganesh Purana and Ganesh Sahasranama (thousand names of Ganesha) mention one of the names as Buddhipriya, the one who is fond of intelligence. Buddhi (sense or intellect) is a female word meaning Lord Ganesha is the husband (priya or lover) of Buddhi.

In the Kundalini Yoga sutras, Lord Ganesha mentioned as the ruler of Root Chakra (Muladhara Chakra) connected with the foundation or stability in your life. Also in Ganapati Atharvashirsa it is given that Lord Ganesha continually dwells in the sacral plexus at the base of the spine, Mūlādhāra Chakra. He resides permanently in every living being at the Muladhara. He guides all other chakras, thereby leading the forces that propel the wheel of life.

Therefore, Lord Ganeha is the primal force that supports the foundation of every aspect of your life. He removes all the obstacles to all your undertakings. One should meditate on him every day in the morning. One can also use Ganesha Yantras or Rudraksha beads ruled by Lord Ganesha to strengthen your Root Chakra. He rides over a rat that is a fearful tinny winny in structure who robs or steals under the cover of darkness and runs away at the slightest sign of danger.  The name mooshika is derived from Sanskrit term moosh, which means to steal.  A rat will come out in the comfort of darkness to steal and bite and eat everything that it will come across.

It signifies lust and greed and an ignorant mind.  Human mind is akin to a rat, the mind being wavering and selfish.

A mouse also represents the timidity and the nervousness that overwhelm us at the onset of any new venture.  (When a ship is sinking, first the rats run away). Also as rats multiply rapidly, our thoughts also multiply with fears. Ganesha sitting on a mouse depicts all such running away, multiplication, nervousness, greed, lust and stealing attitude of man being tamed when he awakens the power of Ganesh. Ganesh represents standing on one’s feet and taking charge of his life and facing obstacles in the face through Riddhi and Siddhi.  Lord Ganesha takes us towards our initiative without any obstacles.

Offering Obeisance to Parents on This Chaturthi:

It is said that Lord Ganesha is the lord of Muladhara Chakra or the Root Chakra. When one performs one’s prescribed duties at personal and professional levels, it indicates that their Root Chakra is super-charged. When this Chakra is active, the ruling deity continues to bless us. Respecting and taking care of one’s parents is one of the highest moral duties one must perform dutifully.  This was exemplified by Lord Ganesha himself.

Legend has it that the gods gave a divine fruit to Lord Shiva and his wife, Goddess Parvati. According to the gods, the fruit was very special and anyone having it would get the supreme knowledge and immortality.

Lord Shiva and Goddess Parvati had two sons Lord Ganesha and Kartikeya. Both of them wanted to have the divine fruit and this resulted in an argument between the two. Finally, Goddess Parvati decided to settle the matter by announcing that the one who will circle the world three times and comes back first would be conferred the title of ‘Pratham Pujya’ – The one who is worshipped first.

Lord Kartikeya is the god of War and the Commander-in-Chief of the devas’ (gods) army and has the peacock as his vahan (vehicle). No sooner the announcement was made, he jumped on his peacock and began his journey not wasting his time on thinking. However, Lord Ganesha was embarrassed that his vaahan was just the humble Mushak (the mouse) and that there was no way it could win with his elder brother Kartikeya as his vaahan, the peacock was much faster. Also, one of the names of Lord Ganesha is ‘Lambodara’ which means the ‘huge bellied lord’. Thus, defeating Kartikeya was almost impossible.

When the race began, Kartikeya jumped on his peacock and left on his journey to circle the earth three times.

However, Lord Ganesha did not follow suit. For him his parents were very dear and anything that you revere is like the center of your life.  So, he applied his wisdom and simply drew a circle around his parents Lord Shiva and Mother Parvathi and performed ‘parikrama’ or circumambulation. This amazed Lord Shiva and Goddess Parvati and they asked him, what he was doing. To this Lord Ganesha replied that for him his parents were his whole world and hence he is walking in a circle around them. Thus, he circumambulated them thrice.

Lord Shiva and Godess Parvati were touched by this gesture. They announced Lord Ganesh to be the winner of the divine fruit and declared him to be the ‘Pratham Pujya’. This seemingly simple yet noble gesture by Lord Ganesha teaches us many profound lessons and proves that our parents should be our focus and in essence, our world. This “Ganesh Principle” or the value that Lord Ganesha assigned to his parents should be emphasised by all and practised in life. When you wake up in the morning, you should ask yourself, “How often do I bow to my parents and seek their grace and guidance?”Lord Ganesha and his gesture constantly remind us that true success will come only when an individual fortifies the relationship and the bond he has with his parents, his values and the higher spiritual self.

When kartikeya came back, he didn’t like what had happened and the decision taken by his parents Lord Shiva and Goddess Parvati. He felt cheated. Kartikeya left his parents abode to stay elsewhere. However, his parents wanted to visit him. So Karikeya told Lord Shiva that he can visit him on new moon day and to Goddess Parvati ma that she can visit him on full moon day. Kartikeya represents the God of the senses, Shiva the soul and Parvati the mind.  Thus meditations on Amavasya helps us gain mastery over the senses and Purnima period helps one going inward and in going past the mind to feel divine truth within.