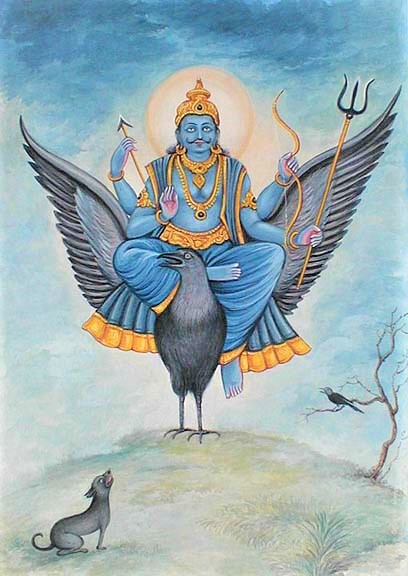 Shani Jayanti (May 22, 2020, Friday) marks the birth of Lord Shani who is the son of Vivasvan orSurya, the Sun god. He is the ruling deity of Planet Saturn. Astronomers have marked Saturn as the second largest planet in the Solar system and as the sixth planet, as per distance from the Sun. The sixth day of the week is also named after the planet Shani as Shanivar, which is Saturday. 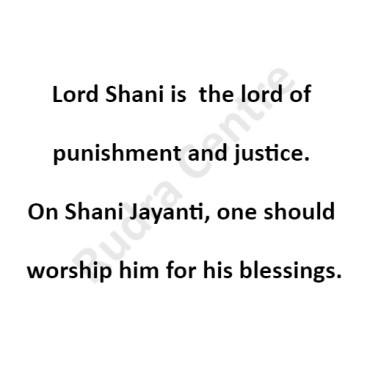 Lord Shani, as mentioned in the Puranas is a Vedic deity of Justice who gives the results of a person’s own karma, based on their words, thoughts and deeds. He serves the negative outcome for negative karma and positive outcome for positive karma. Lord Shani is seen in the images sitting on his vahana (vehicle), Crow, with a scepter known as 'Danda' or sword in his hand. Lord Shani is said to bring discipline in an individual's life, he stands for hard work, of old age, of penance and also makes an individual abstain from pleasures of life to attain spiritual growth or goal and sometimes can make a person an ascetic. Lord Shani is the son of Lord Surya or Sun God. Goddess Manda is the wife of Shani Dev. He teaches people lessons of life in a hard way and is quite feared by most. Many are of the opinion that Lord Shani can be a friend if one abides by his rules of Karma.

According to Vedic astrology, if the Saturn pierces and passes through the constellation of Rohini then it is considered to be very inauspicious and causes troubles in one’s life. However, Shani is known as the lord of punishment and justice. On this day one should worship him for his blessings. It is celebrated on Amavasya during Jyeshtha month (June-July) according to North Indian calendar and during Vaishakha (May-June) month in South. Also it coincides with Vat Savitri Vrat followed by many during June-July in North Indian states.

Puja timings (given in the table) should be considered for worshipping the deity.

Shani in Astronomy and Astrology: 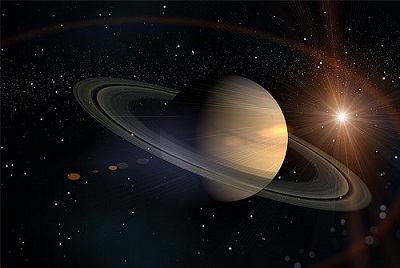 Ancient Hindu texts of astronomy, like, Aryabhatta's (a well known astronomer and mathematician) book Aryabhatiya, written in the 5th. Century and some other texts have described planet Shani / Saturn's apogee, revolution, epicycles, nodal longitudes and data of other parameters. However, the texts have data which do not match with each other and have gone through revisions down the ages. For example, Varaha's book Surya Siddhanta previously stated that the planet Shani completes 146,564 revolutions on its own axis every 4,320,000 earth years, which in a later version of the book was revised to 146,568 revolutions with added changes in apogee, axis and other parameters. Twentieth century calculations present that Saturn/Shani's estimated time per sidereal revolution to be 10,759 days in 5 hours, 16 minutes, 32.2 seconds. 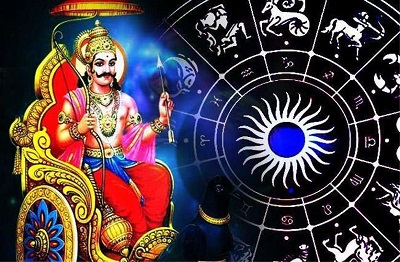 Planet Shani has immense significance in Vedic astrology. Shani is said to have been born to Sun and is considered a shadow planet in astrology. In the birth chart Shani is the Karak or ruler of the sixth, eighth and tenth house and also teaches how to detach from situations/conditions/people etc. Depending on the placement of Shani/Saturn in the birth chart and the degree of placement, it is considered auspicious or inauspicious and affects the native accordingly. For example, if Shani is placed in Libra between 0-20 degrees then it is considered exalted. As per Vedic astrology the relationship between various planets also matters and the relationship can be either neutral, of an enemy or friendly. Like Shani is friends with Mercury and Venus, whereas is an enemy of Sun, Moon and Mars planet. Shani or Saturn transits from one house to the other also have its own importance and affects accordingly with positive or negative results.

For anyone who believes in Vedic astrology, the Shani Sade-Sati, a period of seven and half years, is dreaded as it is a period of many challenges and learning in the hard way. However, it is said that it is not as bad as some astrologers project it to be and there are many examples of celebrities and leaders who have achieved great success during Sade-Sati of Shani. This phase is about how an individual reacts and behaves in the situations. 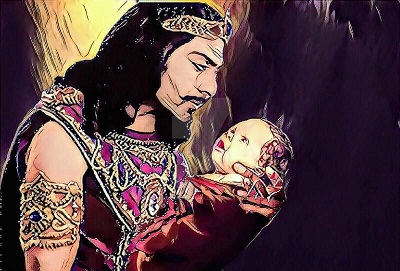 As per the Skanda Purana, which is the most accepted story about Lord Shani, the parents of Lord Shani are God Surya and Sadnya. Though Surya Devta used to consider Sadnya a dedicated wife, Sadnya never liked the bright radiance of Surya Devta and wanted His radiance to reduce or her brilliance to increase to match His. The story narrates that Sadnya did penance and created a 'Chaya' or shadow self, which was a clone of herself. She named this shadow self Suvarna. Giving the responsibilities of her and Surya Dev's children Vaivastahva Manu, Yama Raj and Yamuna, Sadnya went off to her parents' house. Sadnya did all this without the knowledge of God Surya and made Suvarna promise that she would behave exactly like Sadnya and not reveal anything to God Surya. Sandnya ' parents were upset on learning about what she has done and she was chided by her father for her behavior, who asked her to return to her husband. However, Sadnya went off to the forest and took the form of a Mare to protect herself. 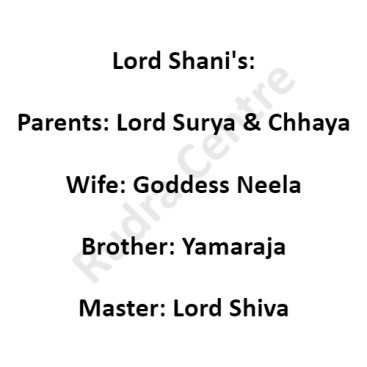 God Surya, unaware of the secret of Sadnya, was leading His life with Sadnya's 'chaya', Suvarna and had three children Manu, Lord Shani and Putri Bhadra(Tapti).

Another version of the Lord Shani's birth, is that Maharishi Kashyap's Yagna created Lord Shani. It is said that Chaya/ Suvarna was a great Lord Shiva devotee and her penance resulted in Lord Shani being born very powerful from his birth. So much so that when Lord Shani looked at His father, God Surya, while He was insulting Lord Shani's mother, God Surya got burnt to black and the horses of His chariot refused to move. God Surya then prayed to Lord Shiva to help Him, who explained the reason of Shani's behaviour. God Surya admitted His fault and regained His original self and glory. Lord Shani became an obedient son to His father and mother. Lord Shani was an ardent devotee of Lord Shiva. 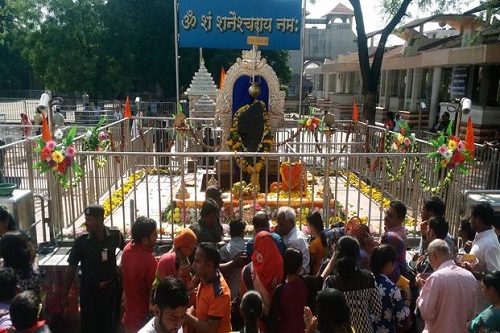 Shanishignapur is a village located on Aurangabad-Ahmednagar highway, 6 kms from Ghodegaon. The Shani temple in Shanishignapur is famous worldwide and is considered to be very powerful. Here Lord Shani's deity is established in the open air, even though the temple is there. It symbolizes that Lord Shani does not want to live under anyone's shadow. It is said that Lord Shani appeared in the dreams of the villagers and told them that He wants His idol to be installed in the open. The temple does not have any doors, so it is open all through the day and night.

There are some interesting facts about Shanisignapur which are connected to Lord Shani who blesses and protects the village and villagers, like, the houses in Shanisignapur have no doors and everyone is carefree and sleep peacefully. If there are doors there are no locks. There has been no theft in this village. No complaint has ever been lodged with the police here. There is no fraud/cheating, murder or rape and many such other facts which are astounding in today's age and time.

In Shanisignapur, Lord Shani is the ruler. Thousands of devotees come each day to offer oil to the Lord and be blessed. The people of Shanisignapur trust Lord Shani and know that they will be punished for their bad karma.

Lord Shani is endowed with108 names based on His attributes. Given below are some of His names with meanings.

About Lord Shani and why people generally fear him? 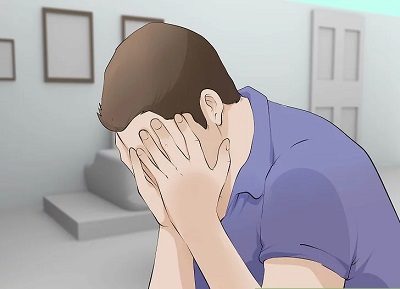 Those who believe in astrology have a general perception about Shani’s being aggressive and wrathful. It is true that he brings havoc in life but one must understand his position. The Vedas are of the opinion that no deity empowered to execute cosmic tasks can ever harm or annihilate the existence of living beings because they are divine by nature. It is true that Saturn’s (Shani) malefic position in horoscope of individual delays success, causes endless struggles and gives disappointments. People are afraid of Lord Shani, the ruler of Planet Saturn that takes about thirty years to orbit around Sun, indicating that Shani casting his eyes on you slows your progress of everything in your life. Then why is Shani so aggressive? 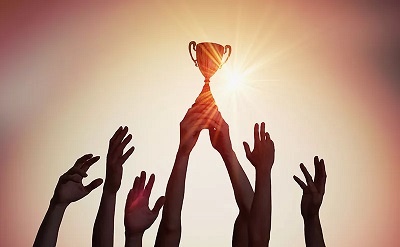 Being one of the nine planets, Saturn personifies Lord Shani that means Śanayē Kramati Saḥ; “the one who moves slowly”. As per Vedic scriptures, he is the elder son of Surya (Sun god) with Yama (the god of death) being the younger. Shani was born of Chhaya (Shadow) who was created by Sun’s first wife Saranyu upon being unable to bear her husband’s radiance. Lord Shani is the god of punishment, deliverance of justice and hardships. He gives the results of your actions throughout your life whereas his younger brother Yama gives the results of your actions after death. Vedic scriptures call Shani as the greatest teacher, well-wisher and punishment giver. He teaches hard lessons by putting you in the loops of struggles, hardships and at times frustrations, just to keep you grounded so that you refrain from daydreaming, being overambitious and creating inner fantasies. Once you learn these lessons, Shani rewards you to your heart’s content. With his blessings, the rich lose everything and the poor gain everything overnight.

Whenever you face struggles, constant disappointments, failures or unfulfilled wishes, know that these are all Shani’s blessings working in the background to mold you for better.

Chant Hanuman Chalisa and offer oil to Lord Hanuman on Saturdays during your hardships. Also, you can chant the following Shani mantra after the sunset every day.

“I bow to Lord Shani, who is black in color and the divine son of Sun and born to Chaya and brother of Lord Yama, who moves very slowly.”

What to do on Shani Jayanti?

On this day thousands of devotees fast in order to please Lord Shani. A visit to Shani temples is the best way to contact an atmosphere that is energized by the constant chanting of Shani Mantras. 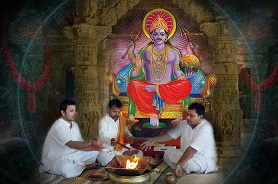 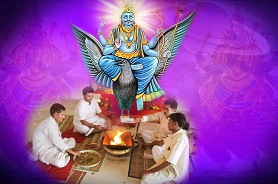 Whether new home, new business or new beginning in life, Gudi Padwa Puja is a great and divine start-off to invite positivity, good health, auspiciousness into your life.
Book Now 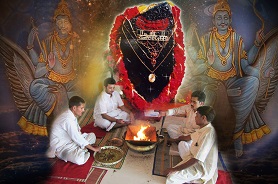 If you are stressed by Sade Sati, this is the puja for you. Best for warding off the negative effects and attaining an exalted position in life. 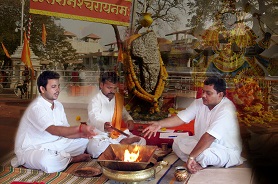 Performing a Shani Puja at Shani Shingnapura is supremely beneficial. Best for rectifying Shani dosha in your Kundali/horoscope. 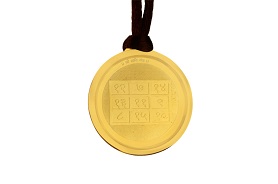 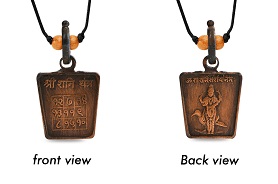 Best Yantra to pacify an afflicted Shani and achieve an exalted position at personal and professional level in life. 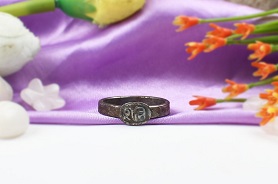 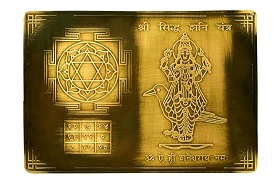 Complement your decision to invest in wealth with this special Puja for purchasing right assets at right tine. 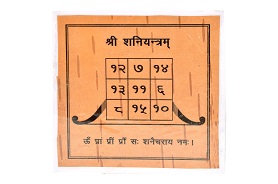 Get your powerful Shani yantra on Bhojpatra (barks of Himalayan birch tree). It provides sattvikta (purity and energy).
Buy Now 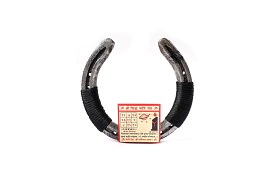 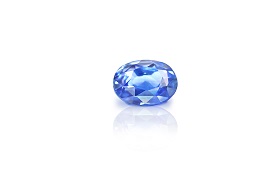 Shani - The Saturn in Bronze

Complement your decision to invest in wealth with this special Puja for purchasing right assets at right tine.