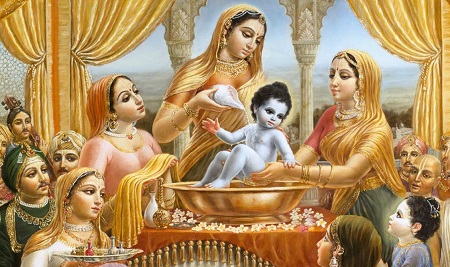 Krishna Janmashtami (24th August, 2019 Saturday) or just Janmashtami is a festive ceremony performed across India to celebrate the birth anniversary of Lord Vishnu's eight incarnation, Lord Krishna. It marks the 5246th birth anniversary of the Lord. August-September (Shravana month) is the time when Janmashtami is celebrated. It is marked on the 8th day (ashta in Sanskrit meaning 'eight') of the Krishna Paksha of the Shravan month. 'Krishna' means one who attracts. The Hindus consider Him to be their leader, protector, philosopher, teacher and friend. The festival is known by several other names such as Saatam Aatham, Sri Krishna Jayanti, Gokulashtami, Ashtami Rohini, Shree Jayanti and Krishnashtami.

Dahi Handi is on August 25th

Those who plan to fast on the day of Janmashtami should eat only a single meal on the previous day. During Janmashtami, the devotees should take a Sankalpa to observe a one-day long fast and break it the next day after Rohini Nakshatra and Ashtami Tithi are over. The whole day fasting starts with the Sankalpa and it must be taken after finishing morning rituals. The fast should be broken the next day after sunrise. Nishita Kala is the appropriate time to perform the Krishna Puja. According to Vedic time-keeping system, the Nishita Kala is the midnight. The sixteen steps of the Shodashopachar Puja Vidhi should be ritualistically followed during the puja. Until the fast is broken the next day, no grains should be consumed. The fasting rules of Janmashtami are similar to that of Ekadashi. Krishna Janmashtami fasting may continue for two days. The devotees who are not able to follow this can break the fast on the next day after sunrise as per Dharmasindhu (a Hindu religious text).

What to do on Janmashtami: Fasting, Puja Vidhi and other spiritual activities 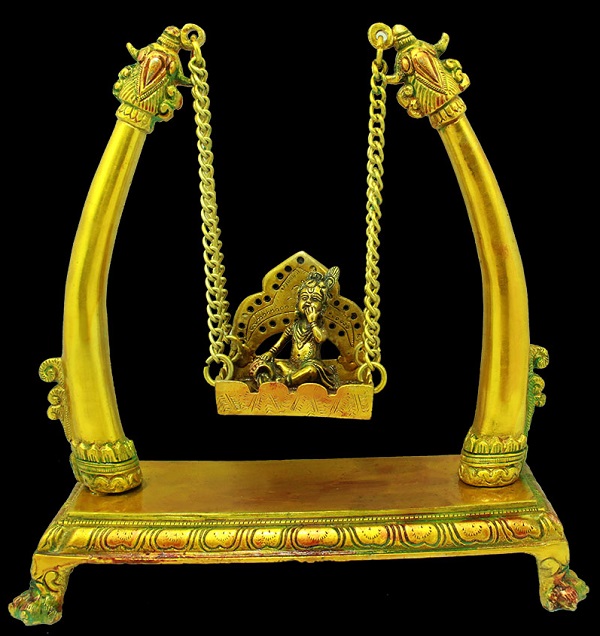 What the legends say:

Hailing from the Yadava's clan of Mathura, Lord Krishna was the eighth son of Vasudeva and his wife Devaki. Devaki's evil-minded brother Kansa toppled his own father King Ugrasena and assumed the stately administration. Later, a celestial prophecy predicted that the eighth child of his sister Devaki will take his life. Scared to death, Kansa had his sister and her husband Vasudev behind the bars and awaited the birth of eighth child who would be known as Krishna.

Kansa killed the six children before his attempt to kill the seventh that was an apparent miscarriage, a clandestine shifting of the infant to Rohini as Lord Balarama. When Krishna was born, Lord Vishnu appeared in front of Vasudev and told him to carry baby Krishna to Gokul where He would be fostered by Yashoda and her husband Nanda. Vasudev did what was told to him and kept the baby secretly at Nanda's residence after crossing River Yamuna which was turbulent at nights. He returned carrying Nanda's daughter. Kansa tried to kill the baby girl thinking that it was the eight son who would kill him. But the girl morphed into Goddess Yogmaya, the divine servant of Lord Vishnu, and foretold the death of Kansa.

After His pastimes in Gokula, Lord Krishna along with His brother Balrama eventually killed the arrogant Kansa. The festival is marked with enthusiasm, love and divine spirit across the country. The devotees observe fast and stay up till midnight, when the Lord is said to be born. Beautiful pictures of Lord Krishna are installed on the walls of homes, in swings and cradles in Krishna's temples. The worshippers congregate in homes and temples in order to recite devotional melodies, perform dance and read the verses from the Holy Bhagvad Gita.

Dramas on the pastimes of Lord Krishna are the cream of the celebration in Vrindavan, Mathura, Manipur and other parts of the country. One of the most attractive festive activities is Dahi Handi where a group of young people imitate the Lord's pastime by creating a human tower to break a pot of butter suspending atop. This was performed by the Lord when His mother kept the butter pots out of His reach. The Lord along with his cowherd friends towered up to bring the pots down. 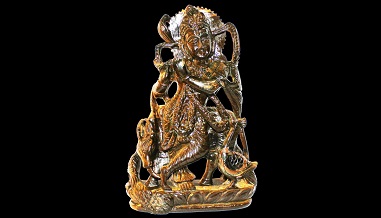 Discover a variety of deity idols of Lord Krishna and Srimati Radharani. Install it at your home or office for blessings from the Divine Couple. 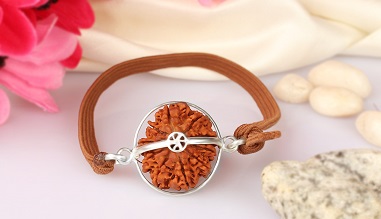 Ten Mukhi Rudraksha holds the divine energy of Lord Krishna and brings joy, love and passion in the life of the wearer. 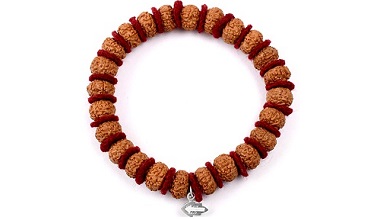 Discover a variety of Rudraksha bracelets made with select, premium 10 Mukhi Rudraksha beads. It is ruled by Lord Mahavishnu, Yama (God of death), Dus Mahavidyas and the ten directions. Helps you get rid of obstacles arising due to negative planetary effects. 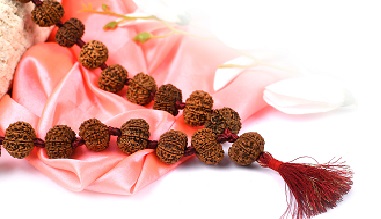 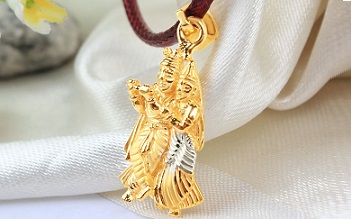 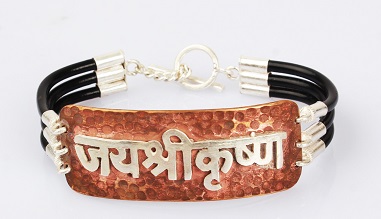 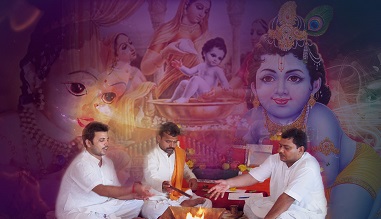 Perform Shri Krishna Janmashtami Maha Puja on Krishna Janmashtami for divine grace and blessings of Lord Krishna. The Lord is gloried in all the Vedas, the Upanishads, the Puranas and other ancient Vedic literatures. Performing this puja on Janmashtami is highly auspicious and rewarding. Best or increasing Charisma, self-worth, confidence and individuality as well as success and growth in career, education and business. 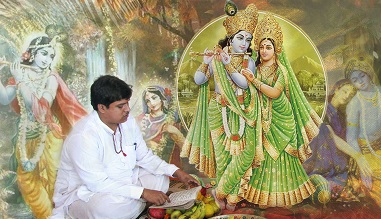 Invoke Love, Peace, Harmony and Happiness in your personal and professional life by performing Radha Krishna Puja on Shri Krishna Janmashtami. Lord Krishna represents Universal Love and Affection only when He is accompanied by Radha, the Queen of Vrindavana. This puja is best for getting a desired partner and seeking harmony in relationships.