Pashupatinath Mandir is the largest temple complex, the most oldest and important temple of Nepal. The other Pashupati nath temple is in Mandsaur, Madhya Pradesh, India. However, the Shree Pashupatinath temple at Nepal is famous all over the world. 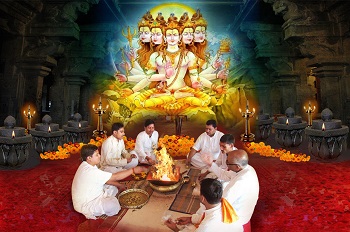 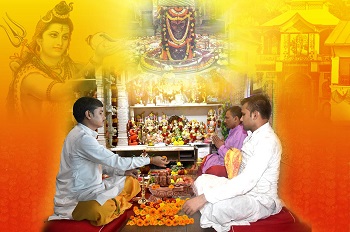 Name of Pashupatinath and Significance of Lord Pashupati

Why is Shiva called Pashupatinath?

The intriguing name Pashupati means 'the Lord of beasts' or the 'Lord of animals'. It derives from the Sanskrit words 'Pashu' meaning "animals", and 'Pati' meaning "the protector". In the Rig Veda, "Pashupa" was related as the protector of cattle deriving from the name Pushan. The name Pashupati also stands for a figure that has been suggested as an earlier form of Rudra and shown as sitting among animals, with a headgear of horns, found in a seal from Indus Valley Civilization. Lord Shiva is known to be connected closely with the animal kingdom and legends say that animals like Snake etc used to come to Him for protection, not to mention that He wears Snakes on His body. Lord Pashupati Mahadev or Shree Pashupatinath is the Lord of all beings, He protects and cares for all.

In Hinduism it is believed that if an individual has committed many sins in life then he/she will not incarnate as a human being in the next life and rather will be born as an animal. It is said that when a devotee does Lord Pashupatinath darshan of the Divine Lingam in the temple, the sins are washed away, so the person is sure to be born as a human being in the following birth by darshan and Pashupatinath puja. 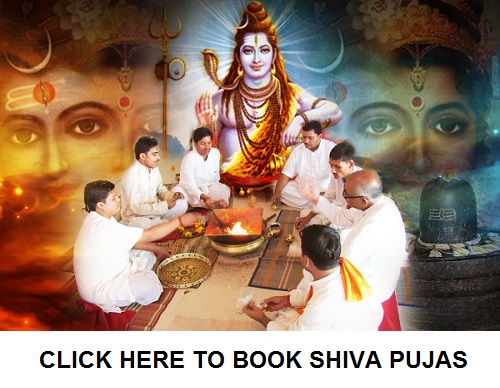 There are different versions of the Pashupatinath story surrounding how Shree Pashupatinath came to being and Pashupatinath ka Mandir. The most popular among them is the Pashupatinath story which narrates that once Lord Shiva and His consort, Goddess Parvati visited the lovely serene banks of the Bagmati river. They were so enchanted with the place and found it so suitable for Divine spiritual practices that They decided to stay on in the place and so They took on the guise of two Deer. After a period of time, the Gods and Celestial Sages realized that Lord Shiva and Goddess Parvati were on Earth in their acquired Deer form. They all first requested Lord Shiva and Goddess Parvati to return back to their Heavenly abode but Lord Shiva refused to leave the place. What followed was a fight between the Lord and the Gods which resulted in one of His antlers to break. This broken antler is said to have been the first Lingam/Linga which was worshipped in the Pashupatinath temple. However, this antler or Lingam was lost in Mother Earth and no one could trace it, till one day, the Cow of a Cowherd, irrigated the place with her milk(similar to Abhishekham) . The Cowherd understood that there is some deeper meaning to the behaviour of his Cow and on digging the ground the Lingam appeared to the Cowherd.

Another story behind Lord Pashupati nath is a Vedic legend which says that Lord Shiva was named Pashupati by Lord Vishnu and other Gods during the time of Tripura Samhar, when Shiva became the Lord of all Demons (Pashu or beasts) and destroyed Tripura, the three cities of illusion, which were being ruled by the Asuras Kamlaaksha, Taarakaaksha, and Vidyunmaali who were wreaking havoc by attacking Gods and Sages. It is also believed in Shiv Purana that any living being, including humans, that is in the clutches of his ego, desires and ignorance, is considered an animal (pashu) and only Pashupati can relieve liberate them. 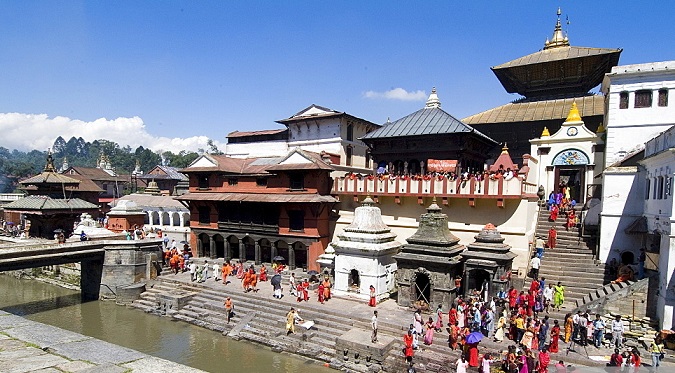 The Pashupatinath Temple location is close to the banks of the Bagmati River in east Kathmandu, Nepal, is believed to have been constructed in 400 A.D and was made out of wood. The structure of the temple was destroyed by the termites, until in17th century when it was re-built. It is believed that the original temple (400 A.D.) was built on the place or site where Lord Shiva disguised as Deer lost one of His antlers. The main Pashupatinath temple is built in the fascinating Nepalese Pagoda style and is inside a fortified courtyard which is divided into the outer courtyard and the inner courtyard. The main temple stands majestically on a platform, 23.6 meters above the ground in the middle of an open courtyard at Deopatan. Constructed with artistically carved wooden rafters, the Pashupatinath temple has a gilded roof and there are four doors to the temple, each covered with Silver metal.The temple complex is spread over 264 hectares and stretches on both sides of the Bagmati River banks. The temple de Pashupatinath complex has many other Hindu and Buddhist temples inside its complex. A Golden Bull, Nandi, sits outside, facing the main temple of Bhagwan Pashupatinath, alertly looking at His Lord and Master.

Inside Pashupatinath temple, in the sanatorium sanctum(Garbhagriha), is the Divine stone Lingam of Pashupatinath God with a Silver Serpent. This Lingam is unique in its own right and has four faces on four sides and the top symbolizing the various avatars of Shiva - Sadyojata or Barun facing West, Vamdeva, also called Uma Maheswara facing North, Tatpurusha facing East, Aghor facing South and Ishana facing Zenith. These representations stand for the five primary elements of Hinduism that is Earth, Water, Air, Light and Metal. Each face has two hand like projections holding a Rudraksha Mala in the right hand and a Kamandalu(a water pot with typical shape) in the left hand. The Pashupati nath Shivling always wears His Golden dress or Vastram, unlike other Shivlings, and it is only at the time of Abhishekham that the Vastram is removed. Therefore, the Abhishek of God Pashupatinath Lingam can be done though the appointed main priests of the temple, only.

Idols of Lord Ganapati, Lord Kartikeya, Goddess Parvati, Goddess Laxmi, Lord Hanuman, Lord Ram and Sita Devi are found in the temple complex and there are hundreds of temples of other Gods and Goddesses too. The Guhyeshwari temple is an important one and is the temple of Sati Devi(Lord Shiva's consort) which is placed near the main Pashupatinath temple. Other Idols of Lord Shiva found in the temple sometime are seen with Shiva holding a Deer (Mrugadhara) and a Deer below his altar. Another temple which is popular there is the Budha Nilkantha temple, of Lord Vishnu and has an interesting legend to it. There are 108 Shivling shrines in the temple premises. The Kirateshwar Mahadev Temple present in the Pashupati temple complex has an event every full-Moon night, which is a music concert and is an event which is beautiful under the light of the full Moon.

It is a desire of all devotees of Lord Shiva to go for Pashupatinath yatra and perform Pashupatinath puja personally. The temple rule is that Male devotees have to remove their shirt/top clothing to enter the inner sanctum of the main temple and women have to be dressed in traditional clothing. The priests perform the puja for the devotees and the Lingam is not allowed to be touched during Abhishek. Below are some details.

Rudrabhishek in Pashupatinath temple is famous and is available for devotees to be performed by temple priests on their behalf, in their presence. There are different categories of Rudrabhishek in Pashupatinath temple, with each having a different price for the services. This facility is available on in specific hours of the day.

Lord Pashupati Mantra- It is said that the Lord Pashupati Mantra is so powerful that reciting it even once can remove all dangers and obstructions from life. If chanted 100 times makes one victorious be it in war or other aspects of life. It is said performing Havan/Homam with Ghee and Guggal while chanting the Pashupatinath mantra can help devotee do the impossible in a successful manner.

The Pashupati Ashtakam is in praise of Bhagwan Pashupatinath which is said to fulfil the desires of the devotee. 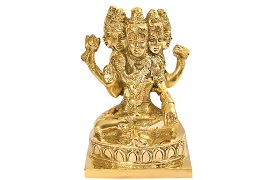 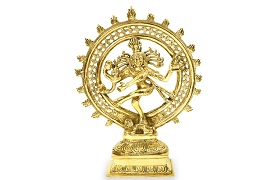 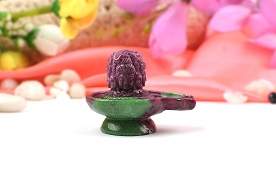 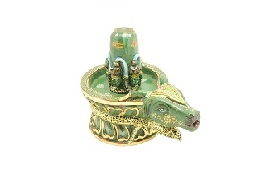 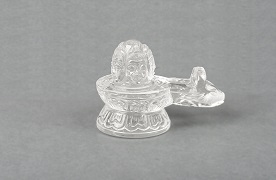 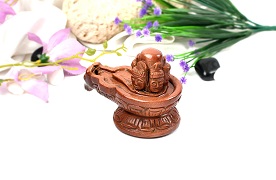 1) Adjacent to the Pashupatinath temple on the western Ghats of River Baghmati are places of Hindu cremation for Brahmins and other cremation Ghats including the Arya Ghat where the members of the Royal family of Nepal are cremated. The water of the Arya Ghat are considered the purest. The cremation Ghats are symbolic of the Hindu philosophy that death should not be feared and so is in close proximity to the temple and Lord Shiva loves the cremation grounds. People are allowed to observe the cremation procedure from the other side of the river bank, though it is not for the faint hearts to observe. However, it allows to align with the truth of death.

2) The Shree Pashupatinath temple, has a unique rule. It does not allow non-Hindus to enter the main Lord Pashupati temple. Identity cards as a proof needs to be carried to be allowed to the main temple.

3) The Pashupatinath temple has beautiful paintings of Gold. The paintings on the roof of the temple depict sexual postures which in a way confirm that sex was not a Taboo but rather a part of the religious culture of ancient Hindu religion.

4) There are many elderly people, Sadhus etc., who stay in the temple premises as it is believed that Lord Pashupati puja and darshan has the power to obliterate all sins of a person and bless with Moksha.

5) Pashupati aarti has become synonymous with the Pashupati Bagmati aarti which is held on the eastern ghat of the banks near the temple and takes place every evening after the Sandhya(evening) aarti at the temple. Devotees gather to participate in the Bagmati aarti, much like the Ganga aarti at Varanasi(India). Devotional songs are sung, Ghee lamps are lit with the priests holding the lamps and moving it in circular motions while chanting mantras. Performance of Shiv Tandav dance in honour of Lord Pashupatinath is also a part of the Pashupati Bagmati aarti. Mondays are specially crowded as it is considered a day of Lord Shiva. It is a Divine experience when one feels the unity between God and devotees.

Lord Shree Pashupatinath temple is a powerful energy centre and is a popular temple for Hindus as a place of pilgrimage. In conclusion of Pashupatinath temple, it can easily be said that the terrible earthquake which took place in the year 2015 in Nepal caused harm to human life and brought down structures to the ground but the Divine Lord Pashupatinath temple remained intact and unshaken, except for a few cracks.